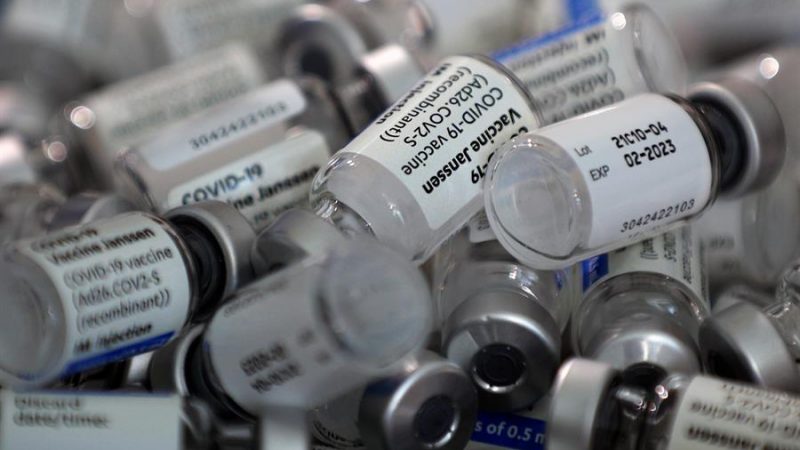 Meanwhile, the situation of the pandemic continues to improve with an infection rate in Catalonia already below the 500 cases per day on average (490) and a cumulative incidence rate of cases confirmed by PCR or antigen test at 14 days per 100,000 inhabitants (IA14) below the threshold of 100 cases (98.8). [EFE/Miguel Calero]

Thousands of COVID-19 vaccines are about to expire in the region of Catalonia due to the slow inoculation pace and low demand, local health authorities have warned. EURACTIV’s partner EFE reports.

The health department of of the regional government (Generalitat) warned on Friday (17 September) that demand for COVID-19 vaccines in the region has been significantly lower than expected in the last couple of months, with the immunisation rate slowing down as a result.

After the Spanish health ministry gave last week its green light to the third shot of mRNA vaccines (Pfizer/Moderna) to specific groups, Catalonia and other Spanish regions last Friday began vaccinating in priority the elderly who live in retirement homes.

Meanwhile, the pandemic continues to recede with an infection rate in Catalonia below the 500 cases per day on average (490) and a cumulative incidence rate of cases confirmed by PCR or antigen test at 14 days per 100,000 inhabitants (IA14) below the threshold of 100 cases (98.8): a good figure, not seen since mid-June, at the peak of the fifth wave of the pandemic.

The Spanish Health Ministry is considering a third dose for cancer patients, people undergoing dialysis treatment, the over-40s with Down syndrome and seniors in care homes, EFE reported.

Spain’s health authorities are following the recommendations by the European Medicines Agency (EMA) and the European Centre for Disease Control (ECDC) and have so far authorised the third jab only for specific groups of patients – those who are insufficiently protected by the two jabs due to their weak immune systems.

According to the latest figures released by the Spanish health ministry, 75% of the Spanish population older than 12 is already fully immunised.