The UK government’s decision to opt-out of an EU procurement scheme for urgently needed medical equipment to cope with the coronavirus crisis was a “political decision”. [Shutterstock]

The UK government has been accused of ‘putting Brexit over breathing’ after it confirmed it had opted out of an EU joint procurement scheme for urgently needed medical equipment to combat the coronavirus pandemic.

A spokesman for Boris Johnson’s government confirmed that it was staying out of the scheme because “we are no longer members of the EU.”

“We are conducting our own work on ventilators and we’ve had a very strong response from business and we’ve also procured ventilators from the private sector in the UK and from international manufacturers,” the spokesman added.

The European Commission launched the joint procurement in early March to allow member states to join forces in the purchase of medical equipment needed to face the crisis resulted from the COVID-19 outbreak.

The call for tenders targeted personal protective equipment including masks, gloves, goggles, face-shields, surgical masks and overalls, with the bids from firms exceeding the supply needed by member states.

“This material should soon provide considerable relief in Italy, Spain and in 23 more member states. Now it is up to the member states to sign the necessary contracts swiftly,” Commission President Ursula von der Leyen said on Tuesday. Von der Leyen added that the equipment would be ready and distributed within two weeks.

Although the UK left the bloc on 31 January, it would have been entitled to participate in the scheme as part of its post-Brexit transition period. 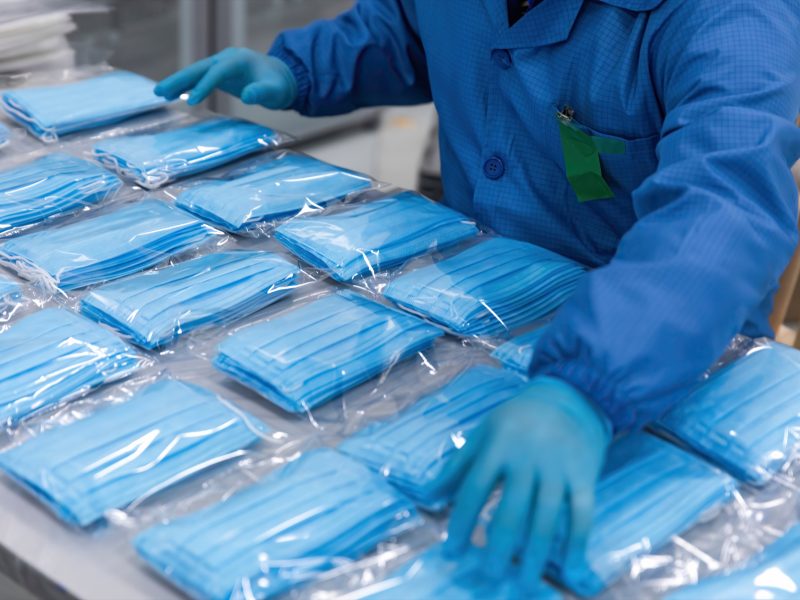 Opposition lawmakers were quick to criticise the UK government’s tactics.

“With widespread concerns about our ventilator capacity and the urgent need to scale up that capacity, we should be co-operating through international schemes to ensure we get these desperately need pieces of kit,” said Labour’s health spokesman Jonathan Ashworth

Liberal Democrat MP Layla Moran, who is standing for the leadership of her party, said the government was putting “Brexit over breathing”.

The UK currently has 8,000 ventilators available and Johnson’s government has signed a contract for 10,000 ventilators with Dyson, the vacuum cleaner firm whose founder, James Dyson, was a prominent campaigner for Brexit.

The government has also called on manufacturing firms to convert their factories to produce ventilators, surgical masks and other protective equipment.

However, there are widespread fears among the UK’s medical community that the National Health Service will not have enough ventilators as it faces the anticipated peak of coronavirus cases in the coming weeks.

Twenty-five of the 27 EU countries are participating in the procurement scheme on ventilators, while 19 are joining forces to buy laboratory equipment.