Unused stocks of AstraZeneca vaccine pile up in France, Germany 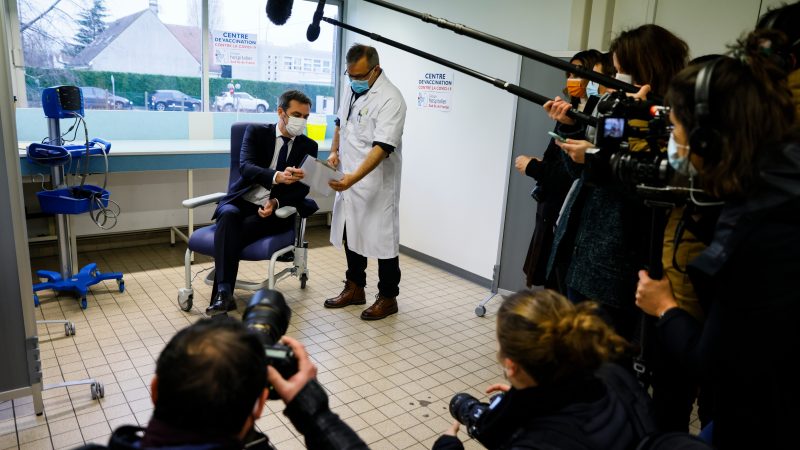 French Health Minister Olivier Veran (L) shows to a member of the medical staff the document he filled-in in order to receive a dose of the AstraZeneca-Oxford COVID-19 vaccine at the South Ile-de-France Hospital Group, in Melun, on the outskirts of Paris, France, 08 February 2021 during an AstraZeneca vaccine injections campaign for people under the age of 65. [EPA-EFE/THOMAS SAMSON]

Already facing a daunting COVID vaccination challenge, French and German authorities are fighting to convince more people that a jab from the pharma giant AstraZeneca is just as effective as others.

Stocks of the vaccines from the British-Swedish firm are going unused in both countries despite the desire to end a pandemic that has sparked a social and economic calamity on a scale not seen since World War II.

Only 273,000 doses of the jab developed by AstraZeneca and Oxford University have been administered in France out of 1.7 million received as of end-February, according to health ministry figures.

The poor take-up comes even as the target group for the jabs, health workers over 50 and people with other serious health risks, can get the vaccine directly from their doctor instead of waiting for appointments at vaccination centres.

Experts say it is also cheaper to produce than the two other vaccines approved for Europe, from Pfizer-BioNTech and Moderna, and does not require ultracold storage, making it easier to deploy.

But both France and Germany have refused to authorise AstraZeneca’s vaccine for people over 65, fanning fears over its effectiveness. 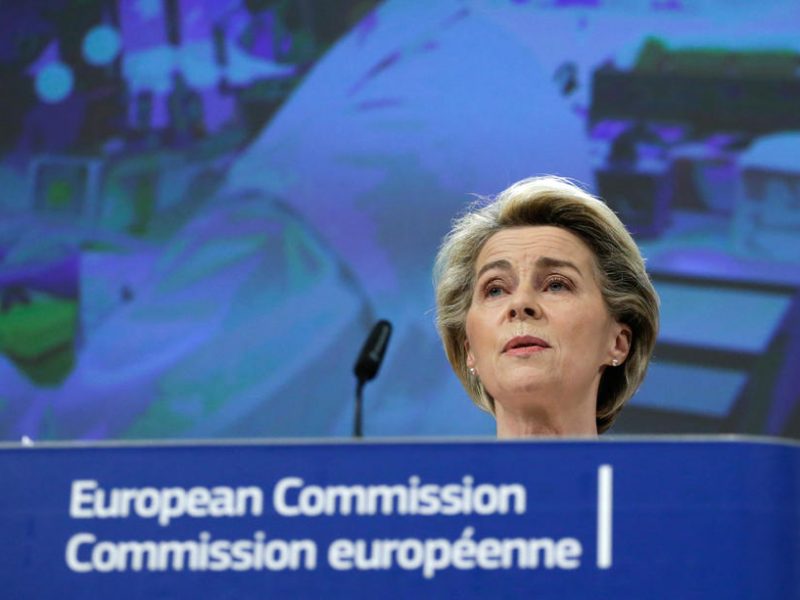 The firm’s fumbled release of testing data last November, coupled with questions over its ability to halt new COVID-19 variants, has added to the scepticism. Critics also note that US regulators have yet to approve AstraZeneca’s jab.

But Jacques Battistoni, head of the MG France doctors’ union, last week denounced the widespread “AstraZeneca bashing” that was causing many vials to go unused.

And the country’s vaccination coordinator, Alain Fischer, complained last week that the “bad press” surrounding the shot was “deeply unfair”.

President Emmanuel Macron, who initially said the AstraZeneca jab was “quasi-ineffective” for people over 65, is now urging people to take it.

“If this is the vaccine I’m offered, obviously I would take it,” he said after a European Council meeting on Friday.

Study data released on Monday by English health authorities showed that the jab was “highly effective” in preventing serious illness in older people, with a more than 80 percent reduction in hospitalisation.

British Health Secretary Matt Hancock, keen to talk up a British success story, claimed that the data was “slightly better for the Oxford jab than for Pfizer”.

The results could increase pressure on France and Germany to authorise the jab for the over-65s, with authorities set to update their guidance this week.

“I think in time the data emerging from the programme will speak for itself and other countries will doubtless be very interested in it,” said Jonathan Van-Tam, deputy chief medical officer for England. 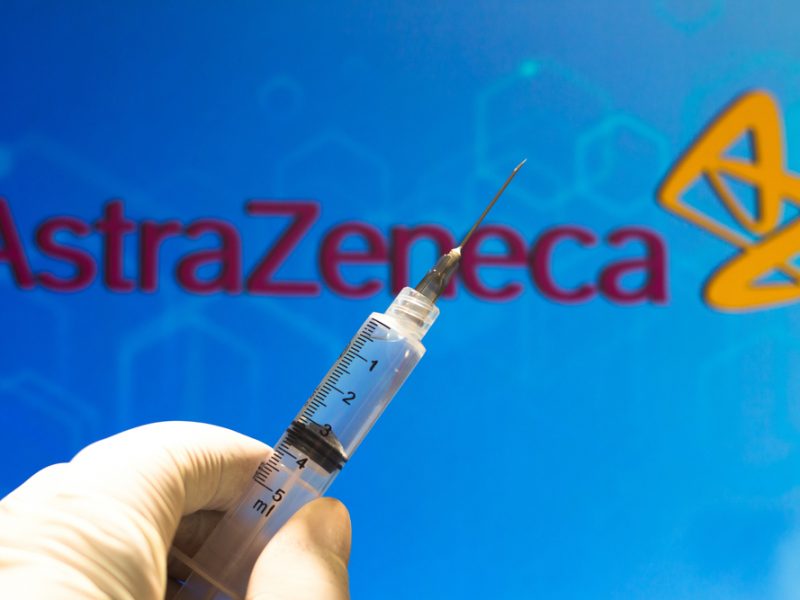 Belgium does not recommend AstraZeneca’s vaccine for over 55

Belgium’s Superior Health Council has advised against the use of AstraZeneca’s vaccine for the most vulnerable people and it will therefore be restricted only to people under the age of 55, RTBF reported.

In Germany, calls are growing to widen the vaccine priority list to make sure no AstraZeneca shots go to waste.

The controversy has contributed to the government’s decision to move teachers and childcare workers from priority group three to group two.

But some regional leaders are urging Germany to go further still.

“Not a single AstraZeneca dose should be left over or thrown out,” said Bavarian leader Markus Soeder in comments published Sunday.

“Before that happens: vaccinate anyone who wants it,” he told the Bild am Sonntag newspaper. “Every day counts.”

Chancellor Angela Merkel and Germany’s 16 regional leaders meet on Wednesday to discuss the next steps in the fight against the pandemic.

Merkel herself praised the AstraZeneca shot as “a vaccine that can be trusted” in an interview last week. She pleaded with Germans not to pick and choose their vaccines.

Asked if she would lead by example and take the AstraZeneca vaccine herself, Merkel replied that she was not eligible for this particular jab given that she was 66 years old.

The STIKO commission “will very soon publish a new updated recommendation” after a study showed it to be effective for the elderly, its head Thomas Mertens said on Friday.

France’s highest health authority said on Monday it was going to update its recommendation for use of the vaccine for over 65-year-olds on Tuesday. 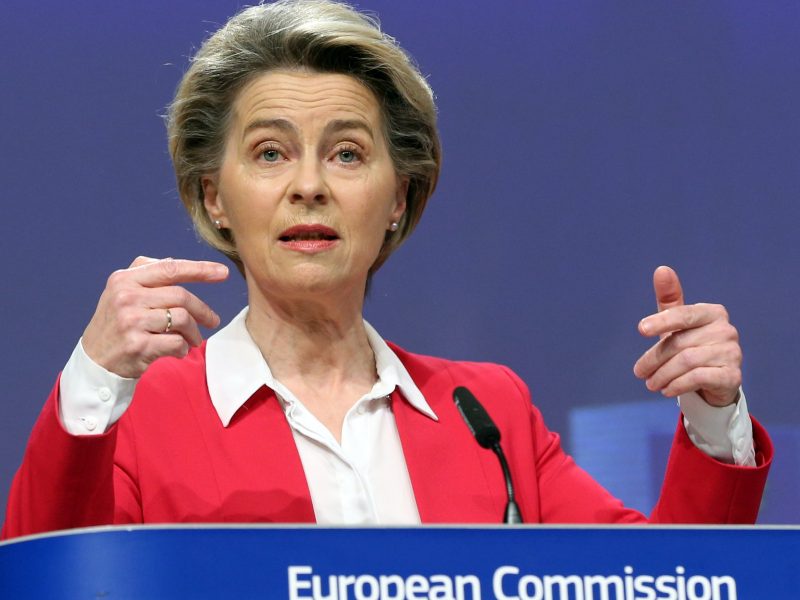 The European Union’s most senior administrator said she would happily receive AstraZeneca’s coronavirus vaccine as officials rushed to find ways of ensuring doses refused by skittish Germans did not go to waste.