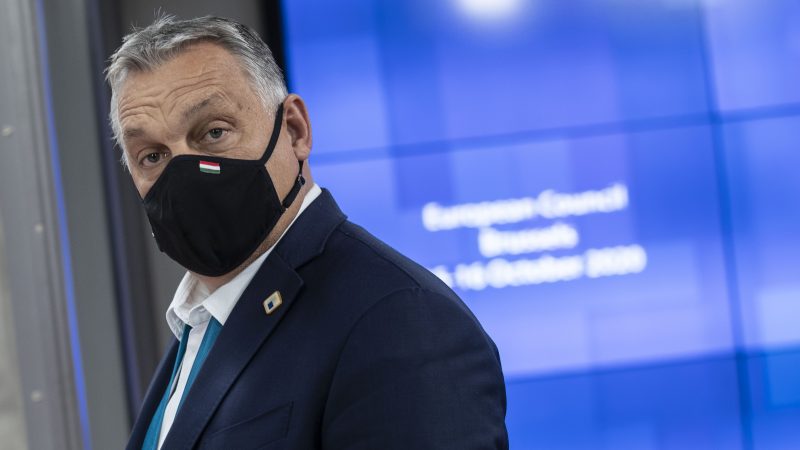 Viktor Orban at the EU summit in Brussels on 16 October 2020. [Council Newsroom]

As the second coronavirus wave bites, Hungarian Prime Minister Viktor Orbán — who shut the borders in September — is holding back on tougher measures such as a lockdown, despite growing criticism of his response.

During the first wave, the Central European EU member had relatively low numbers of infections and deaths from the virus compared with most European countries.

But in October more Hungarians have died than in the previous four months put together.

And seven-day rolling average data from the European Centre for Disease Control (ECDC) show that on October 19 Hungary had the third-highest Covid-19 death rate per million in the bloc — behind the Czech Republic and Romania.

A shift in government policy as well as a complacent population are to blame, according to experts.

“After the initial fright, a second wave did not provoke fear in the population, so we were much less disciplined,” a Budapest medical university chief, Bela Merkely, told local media last week.

Orbán’s critics say the government’s messaging over the summer was not strict enough on issues such as mask wearing, avoiding large gatherings and travel abroad.

One minister was spotted on a yacht in Croatia while the ruling Fidesz party’s spokesman caught the virus at a large summer party he hosted.

Justice Minister Judit Varga announced on Facebook late Tuesday that she had joined the growing ranks of Hungarians who have tested positive for Covid-19.

Orbán has blamed the start of the second wave on foreigners — repeating a narrative from March when Iranian students accounted for the first reported infections.

From 1 September, with a few exemptions, non-residents were banned from entry into Hungary to “cut the transmission line”, said the nationalist premier.

But just weeks later thousands of German and Spanish fans travelled to Budapest for UEFA’s Super Cup, the organisers calling it a “pilot” to test protocols for letting fans back into stadia.

Despite accusations of chaotic handling of the pandemic, Orbán has held out against tougher restrictions, in contrast to March and April when he imposed a swift lockdown and a state of emergency.

That move sparked fears of an authoritarian power grab, but the legislation was revoked by June and restrictions eased.

“People want Hungary to continue to function, the economy as well as lives must be protected,” Orbán said last month after a “national consultation” survey.

Such consultations, a tool favoured by the Hungarian government, have been criticised for being opaque in their methodology.

Hungarian GDP in the second quarter fell by 13.6%, the worst result among the Visegrad countries (Czech Republic, Hungary, Poland, and Slovakia).

“Orbán realises that if the economy collapses, that could cost him the next elections” in 2022, opposition politician Akos Hadhazy told AFP.

Thanks to the consultation, which revealed a reluctance to wear masks or accept lockdowns, Orbán can attempt to “wash his hands” of any health fallout, Hadhazy added.

Orbán insists the hospitals, which were ordered to discharge many non-Covid patients in the spring, are prepared for a surge in admissions.

Some 16,000 ventilators have been bought in and doctors have been offered a doubling of their salary, their biggest pay-hike since 1990.

But that rise was attached to mandatory relocation to other hospitals and fresh conditions on private work — leading the Hungarian Chamber of Doctors to worry it could actually worsen the long-standing brain drain of medical professionals to other parts of Europe.

More than six out of 10 teachers fear catching the virus, according to a survey by the PDSZ teachers’ union last week.

The union cited dozens of examples of teachers who reported being obliged to work despite infected children with light symptoms in classes.

“Neither contacts nor teachers are separated, nor are parents or teachers informed,” it said.

In the EU, only Bulgaria is carrying out fewer tests per 1,000 people than Hungary, according to ECDC data.

“The infection case statistics bear little relation to the reality,” one Budapest-based doctor told AFP on condition of anonymity.

This month the number in compulsory home quarantine has been less than the number of active infection cases.

“Keeping Hungary’s borders closed will soon be about protecting foreigners from Hungarians, not the other way around,” said Falus.