Von der Leyen: Great progress in fight against COVID-19 must be consolidated 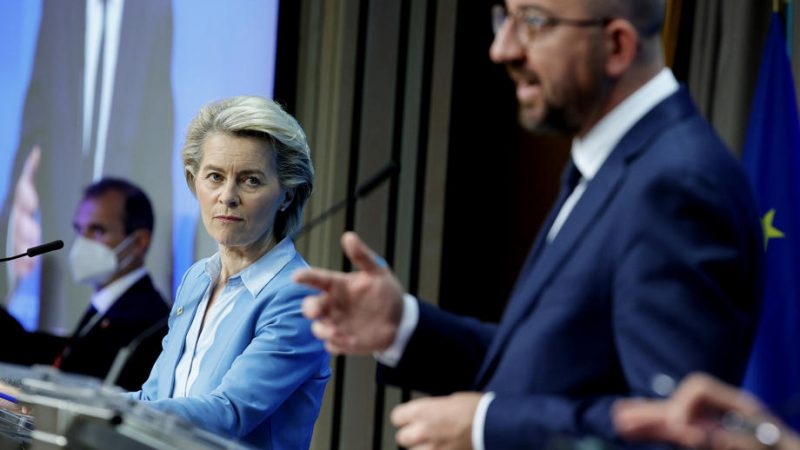 Europe has made great progress in vaccination since the start of May and this is paving the way for societies to reopen safely, European Commission President Ursula von der Leyen said on Tuesday (25 May), but warned that progress must be consolidated so that we “stay one step ahead of the virus”.

Recent progress should ensure meeting the goal of vaccinating 70% of the EU adult population by the end of July. Moreover, a downward trend in COVID-19 cases and hospitalisation can also be seen in Europe.

“If we continue like this, we have confidence that we will be able to safely reopen our societies,” von der Leyen said, adding that the focus must now shift towards consolidating this progress.

Vaccination is progressing in the EU. In June, we expect that over 400 million doses will have been delivered.

It is time to consolidate our progress, as we reopen our societies.

Our priority remains the fight against the pandemic – both inside and outside the EU. pic.twitter.com/UTWWSFC60i

The questions that still need to be answered

The president of the European Council, Charles Michel, said that despite the vaccination progress “everywhere in Europe”, it is necessary to “remain vigilant and watch out for mutations and variants.”

So far, vaccines have shown to be effective against the variants present in Europe. To ensure better preparedness for new variants, the European Centre for Disease Prevention and Control (ECDC), which now monitors the circulation of virus variants within the EU, will expand its monitoring to a global scale.

Von der Leyen said that “this will help us stay presumably one step ahead of the virus and adapt our strategies quickly in case that this is necessary”.

Another challenge is vaccinating minors. As of now, only BioNTech/Pfizer has submitted data to European Medicines Agency (EMA) for authorisation of their jab for 12- to 15-year-olds. EMA’s decision is expected towards the end of this month.

Another open question is after what time the vaccination will have to be repeated.

While Europe is looking ahead and anticipating further issues, many countries are still struggling to get access to vaccines.

Michel warned that “the pandemic can only be beaten if everybody is mobilised together through international cooperation”.

Von der Leyen called counties to use sharing mechanism adding that that “donations are desperately needed”.

Around 100 million doses of the COVID-19 vaccine are to be delivered to the EU partners by the end of the year and Michel was optimistic that the number of doses could be even higher. “Member states have expressed views that lead us to believe that we actually are beyond that capacity to deliver 100 million doses,” he said.

Von der Leyen also mentioned an initiative “to invest one billion euros from Team Europe to develop vaccine manufacturing in Africa”, not only for building up the continent’s manufacturing capacities but also for skills development and the management of the supply chain.

Besides being the largest exporter in the world for vaccines, EU leaders agreed today to donate 100 million doses to vaccinate health workers and vulnerable groups across the world. #StrongerTogether #EUCO pic.twitter.com/TiUOu9MF1A