WHO sounds alarm over rising COVID deaths in Europe 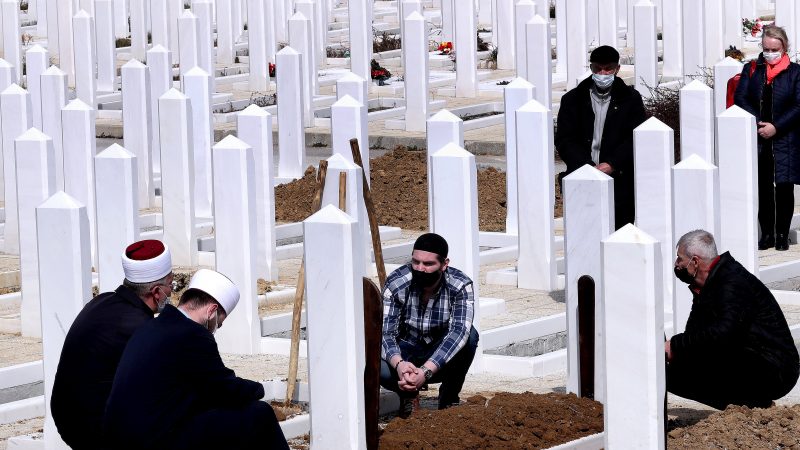 Bosnian cleric wearing protective face masks pray during a funeral ceremony amid the ongoing coronavirus COVID-19 pandemic at the cemetery Vlakovo in Sarajevo, Bosnian and Herzegovina 29 March 2021. Bosina and Herzegovina is among the countries worldwide with the highest Covid death rate as of 30 August 2021. [EPA-EFE/FEHIM DEMIR]

The World Health Organisation warned Monday (30 August) that 236,000 more people could die from COVID in Europe by December, sounding the alarm over rising infections and stagnating vaccine rates across the continent. Hungary, Bosnia and Herzegovina, Czechia, North Macedonia and Bulgaria are among the countries with the highest mortality.

The warning came as the world passed the grim milestone of 4.5 million deaths from COVID since the start of the pandemic, according to an AFP tally Monday.

Infections rates are ticking up globally again, as the highly transmissible Delta variant takes hold – especially among the unvaccinated – preying on populations where anti-virus measures have been relaxed.

In South Africa, scientists are monitoring a new coronavirus variant with an unusually high mutation rate.

The National Institute for Communicable Diseases said Monday that C.1.2. can mutate almost twice as fast as other global variants

Its frequency remains relatively low, however, and it has so far been found in under three percent of genomes sequenced since it was first picked up in May – although this has increased from 0.2 to 2% last month.

But it has been detected in all South Africa’s provinces, as well as in China, Britain, New Zealand and Mauritius.

In another sign of renewed concern, the European Union on Monday recommended that member states reimpose travel restrictions on US tourists over rising COVID infections in the country.

“Israel, Kosovo, Lebanon, Montenegro, the Republic of North Macedonia and the United States of America were removed from the list,” said a statement from the European Council, which represents the bloc’s 27 governments. 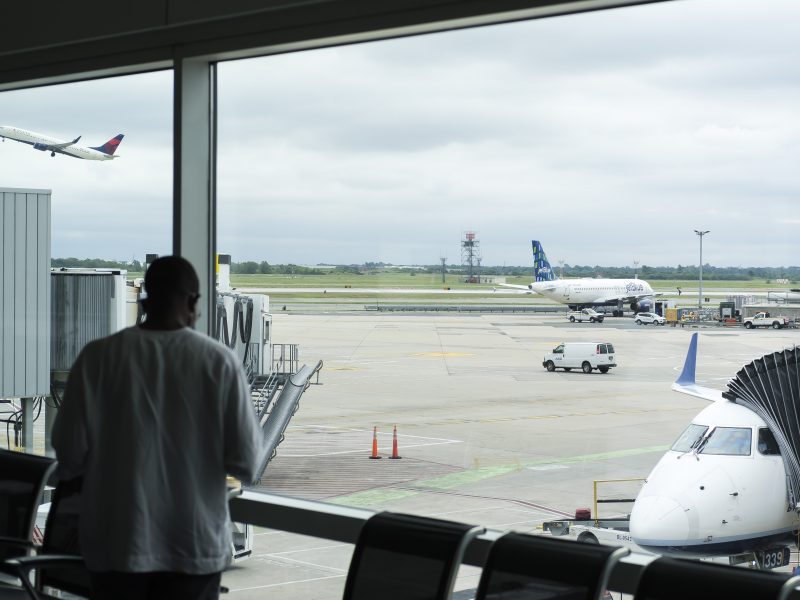 The European Union on Monday (30 August) recommended that its member states reimpose travel restrictions on US tourists over rising covid infections in the country.

Case numbers in the United States have surged as the more infectious Delta variant has spread and large swathes of the population have refused to get vaccinated.

The head of WHO Europe said Monday that infections and deaths were on the rise again in Europe, particularly in poorer nations in the Balkans, the Caucasus and Central Asia.

“Last week, there was an 11% increase in the number of deaths in the region – one reliable projection is expecting 236,000 deaths in Europe, by December 1,” WHO Europe director Hans Kluge said.

Europe has already registered around 1.3 million COVID deaths to date.

Four European countries are in the world top six countries of COVID-19 deaths per one million population as of 30 August. The top six rank as follows: Peru, Hungary, Bosnia and Herzegovina, Czechia, North Macedonia, Brazil, Bulgaria.

Of WHO Europe’s 53 member states, 33 have registered an incidence rate greater than 10% in the past two weeks, Kluge said, mostly in poorer countries.

High transmission rates across the continent were “deeply worrying, particularly in the light of low vaccination uptake in priority populations in a number of countries.”

Kluge said the Delta variant was partly to blame, along with an “exaggerated easing” of restrictions and measures and a surge in summer travel.

While around half of people in the WHO’s Europe region are fully vaccinated, uptake in the region has slowed.

“In the past six weeks, it has fallen by 14%, influenced by a lack of access to vaccines in some countries and a lack of vaccine acceptance in others.”

Only six percent of people in lower and lower-middle income countries in Europe are fully vaccinated, and some countries have only managed to vaccinate one in 10 health professionals.

Kluge stressed that since anti-Covid measures were being relaxed in many places, “the public’s vaccination acceptance is crucial”.

“Vaccine scepticism and science denial is holding us back from stabilising this crisis. It serves no purpose, and is good for no one.”

The WHO and UNICEF urged European countries to make teachers a priority group for vaccinations so schools can stay open.

As the summer holidays end, the agencies said it was “vital that classroom-based learning continue uninterrupted”.

“The pandemic has caused the most catastrophic disruption to education in history,” Kluge said.

The agencies urged countries to vaccinate children over the age of 12 who have underlying medical conditions that put them at greater risk of severe COVID-19.

Outside Europe, hundreds of schools in the Indonesian capital Jakarta threw their doors open to students Monday.

But some parents resisted the return to in-person learning, just weeks after Indonesia overtook India and Brazil as the pandemic’s global epicentre.

“My daughter has not been vaccinated and the Delta variant is spreading like crazy,” Asmara Wreksono, mother of a third-grader, told AFP.

“I feel bad because my daughter misses her friends but my priority is to keep my child alive and healthy,” she added.

Indonesia reported its worst coronavirus surge in July, prompting lockdowns. Infections have since tapered, but in the past week an average of over 13,000 new cases have been registered daily.

In the US, meanwhile, a woman has won a court order for a hospital in Ohio to treat her husband, who is on a ventilator with COVID-19, with the antiparasitic medicine ivermectin, as demand surges for the unproven coronavirus treatment.

The case is one of several nationwide where courts have sided with litigants seeking to use the drug, despite scant evidence of its effectiveness against COVID and a rise in calls to poison centres as a result of misuse, including ingesting livestock-strength formulations.

Some 10,000 COVID deaths are now reported every day around the world, still a lower figure than the highs of January when an average of 14,800 people were dying daily.