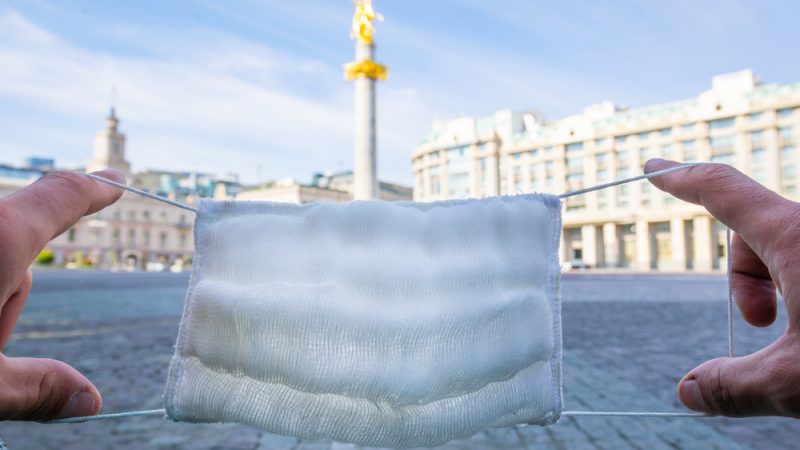 "From the very beginning, the European project was about saving lives. When the French foreign minister Robert Schuman delivered his famous Declaration on 9 May 1950, he was outspoken about the importance of eliminating war in Europe. 70 years of peaceful development of the continent is proof that his project for peace, for saving lives, works." [EvaL Miko/Shutterstock]

Europe is going through an unprecedented challenge caused by the COVID-19 pandemic. This is a health crisis, an economic crisis, and, potentially, a social crisis. It presents an existential challenge to the European project: are we doing enough to protect the health of our citizens? write Klaus Hänsch, Violeta Bulc and Vytenis Andriukaitis.

Health, defined by the WHO as the absence of disease or infirmity and the state of complete physical, mental and social well-being, appeared to be two sides of the same coin.  We are calling on European leaders to heed the lessons learned during these tough times and strengthen the European Union’s powers in the area of public health policy.

From the very beginning, the European project was about saving lives. When the French foreign minister Robert Schuman delivered his famous Declaration on 9 May 1950, he was outspoken about the importance of eliminating war in Europe. 70 years of peaceful development of the continent is proof that his project for peace, for saving lives, works.

In his quest for peace, Schuman indicated the importance of pooling European coal and steel production. The emphasis on heavy industry and later on agriculture became the backbone of European integration. Development goals such as saving lives, promoting good health and longevity vanished from the radar of big European policy in the absence of war.

Article 4 of the Treaty on the Functioning of the European Union (TFEU) speaks about “common safety concerns in public health matters”. “The Union shall have competence to carry out action to support, coordinate or supplement the actions of Member States” in area of ‘protection and improvement of human health” according to article 6, TFEU. Unfortunately, these statements have been watered down over time, often for political reasons. The Regulation of the European Parliament and of the Council amending Council Regulation (EC) No 2012/2002 approved in March 2020 states: “The European Union Solidarity Fund is based on the subsidiarity principle. This means that the EU should intervene only in cases where a Member State is deemed no longer to be able to cope with a crisis alone and requires assistance”.

This very limited reflection of health matters in the European Treaties contradicts the main trends of socioeconomic development in today’s modern societies:

This latest outbreak shows that the European Union is not adequately prepared for the challenge of protecting our citizens’ health. There are serious weaknesses:

It is abundantly clear that during the Covid-19 crisis, our citizens are asking the European Union to do more, but the hands of the EU institutions are tied. The Union can only operate on the basis of powers allocated by the Treaties. Accordingly, the European Commission has no legal basis to strengthen its own resources to address public health crises.

In the short term, EU leaders are taking action to tackle the health crisis according to the framework enshrined in the Lisbon Treaty. However, in the longer term, more can and must be done at the European level. Only a few weeks ago, the pledge “Health in all Policies” was considered by many as a lip service paid to active patient groups and medical professionals but now things have changed as businesses and boarders were closed across Europe, and restrictions to walk freely in the parks or to talk to your neighbours were introduced in most of the countries.

Health is essential when it comes to the fair and sustainable development of our societies. Health is the greatest wealth we have, contributing to the well-being of individuals and paving the way for prosperous societies.

The role of health policy in the European Treaties should be reconsidered in order to tackle the “constitutional asymmetry” between strong regulatory and weak implementing powers of the EU in this area. The objectives to keep in mind are:  more proactive public health, more solidarity in Europe, more cooperation to build resilient health care and cure systems. According to Robert Schuman “the fusion of markets and the expansion of production” in coal and steel was the top priority for Europe in 1950. Strengthening the public health systems is the top priority in 2020:

We Europeans are today facing a substantial public health and universal health coverage crisis. We should use this emergency as a “focusing event” to push for initiatives that have been neglected for too long. We should not miss the opportunity to strengthen our solidarity, unity, and EU integration in the area of health policy.

The time is ripe to discuss how we can amend the European Treaties to reflect these new priorities. The best fora to have this discussion is the Conference on the Future of Europe which is expected to start in 2020 and run for two years. The discussion will enrich the narrative of interconnectivity between health, social and economic matters, benefiting all Europeans in the long run.