Facemasks against COVID-19: Why Slovakia became the trailblazer 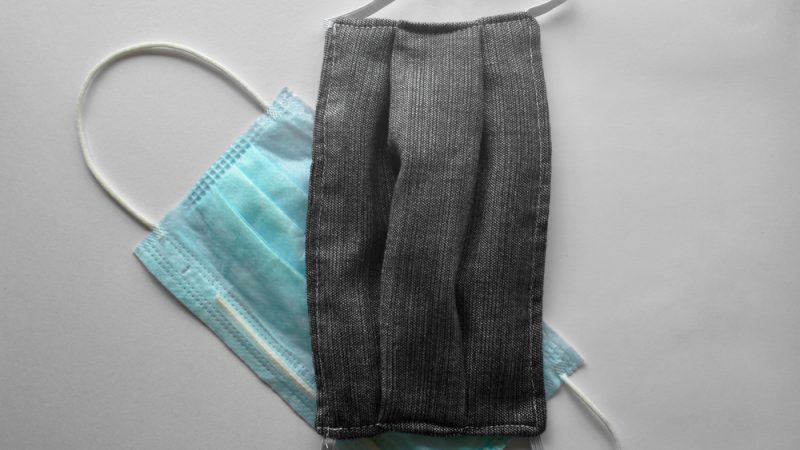 During the first half of March, as Slovakia went through an early stage of the COVID-19 crisis, it managed to take fast and critical measures. The country’s largest cities were the first places in the EU that enforced compulsory facemasks in public, writes Andrej Šteňo.

Andrej Šteňo, PhD, is a renowned Slovak neurosurgeon. His popular blog on facemasks wearing was first published in Denník N.

Slovakia remains at the bottom of the EU list when it comes to the number of total cases and, more importantly, deaths per million.

The first place in Europe where facemask wearing became compulsory in public transport was in Slovakia’s largest cities, and the regulation did not come up by chance. In fact, it had been the result of the honest and selfless work of several engaged people who collected and synthesised scientific data, and of the thoughtful assessment by decision-makers.

In the end, it may turn out that Slovakian representatives evaluated the available data on facemask wearing earlier and perhaps even better than many leading health agencies, including the World Health Organisation (WHO) or the US Centre for Disease Control and Prevention (CDC).

Both organisations have, until recently, refused to recommend facemasks for the general population; mass wearing of cloth facemasks has not been recommended either.

The beginning of the story of facemask wearing in Slovakia can be dated long before the COVID-19 epidemic spread to our country.

Like all surgeons, I have had my own experience with facemasks. We know that it is not a problem to spend many hours wearing facemasks – e.g. during brain tumour resections. In addition, in our country, those colleagues who are allergic to disposable masks use their cloth versions.

In late February, medical doctors in Slovakia paved the way for a larger, nation-wide debate, depicting the very alarming consequences of a coronavirus pandemic, approaching the subject in several blogs; they actively emphasised that if we all wore a facemask, the effect might be similar to that of collective immunity after vaccination.

At this point, I, like many others, began to think about how I could help the good cause. The idea was nothing more than to do the usual when it comes to preparation of any scientific publication: summarisation of (at least) basic data – in this case, data on the impact of cloth and/or disposable facemasks wearing on the spread of respiratory infections.

Despite the original pessimism of WHO and CDC, it seemed to be highly probable that countries with facemask-wearing tradition were somehow more successful in fighting COVID-19.

According to WHO, besides contact routes, SARS-CoV-2 virus is primarily transmitted among people through droplet transmission – i.e. via particles >5 μm, so-called “respiratory droplets”.

Surprisingly, according to a study funded by US National Institute for Occupational and Safety and Health (NIOSH), even home-made cloth facemasks may offer marginal protection against much smaller particles <1 μm; thus, cloth mask might potentially offer some protection even against so-called “droplet nuclei” (aerosol particles <5 μm).

Important data was also found in several other publications – e.g. regarding the protection of nearby healthy persons when the facemask is worn by an infected person.

Of note, in a study published in PLOS One, the essential role of early deployment of facemasks in a population at risk for a viral respiratory infection epidemic was described – presented mathematical models showed the crucial role of the initial number of infected people.

I was lucky enough to have the opportunity to discuss this basic “literature review” with several important Slovak scientists, and also with Martin Barto, a Slovak politician formerly involved in mathematical modelling. On 6 March, Barto became the first Slovak politician to emphasise the potential benefits of wearing facemasks in public.

On 8 March, our work and discussion resulted in a short summary of basic data regarding COVID-19 and facemasks, which included two papers published in a world-renowned magazine “The Lancet”.

In the first paper, the authors consider case isolation and contact tracing alone to be insufficient to control a disease outbreak, and in the second, the authors called for a consideration of mass wearing of facemasks for effective source control in community settings.

The summary was delivered to some Slovak politicians and stakeholders, including the chairman of the Slovak Medical Doctors Trade Union. It was also shared by the most popular satirical social media page in Slovakia, Zomri.

In parallel, the initiative titled Facemask is not a shame kicked off on 10 March, and a day later the Call of the Slovak health professionals on COVID-19 management followed, signed by almost 15,000 people.

Particularly crucial was the activity of the then designated Minister of Health, Marek Krajčí. Based on his own evaluation of provided data, he has been advocating facemask wearing since 12 March, perhaps as the first minister in the EU.

On 13 March, during one of the most-watched live TV programmes, designated prime minister Igor Matovič and Marek Krajčí wore facemasks, it was a situation conditioned by data knowledge. The idea of the TV presenter, one of the leading figures in Slovak journalism, to put on masks while broadcasting live and wear them without hesitation for the entirety of the show, turned out to be largely symbolic for the whole country.

The same day, outgoing prime minister Peter Pellegrini also encouraged people not to hesitate about wearing facemasks. The initial use of disposable medical facemasks was later largely replaced by cloth facemasks, as the more efficient medical facemasks were in short supply and had to be reserved for healthcare workers.

Days after, photos of Slovak President Zuzana Čaputová and representatives of the new Slovak government all wearing facemasks literally travelled around the world. On 16 March, the largest cities introduced the first regulation on compulsory (cloth) facemasks in public transport, the very first such legislation in Europe.

To sum up, the first politicians in the EU who promoted facemasks by wearing them in public, have been from Slovakia.

Nevertheless, the most decisive role was and is played daily by all the people in our country, who have accepted and honestly adhered to the obligation to wear masks, to the amazement of many in Europe. Of course, a big thanks also goes to the Slovak media, whose editors and presenters are setting an example every day.

Nevertheless, it is exceptionally important to emphasise that facemasks are not some “miracle help” in the fight against COVID-19.

All other measures – including social distancing, correct hand washing etc. – are important, and facemasks can by no means substitute those The war against SARS-CoV-2 virus is far from over… However, facemasks could represent an additional help, and perhaps time will show them to be of the important, life-saving factors during the COVID-19 crisis.