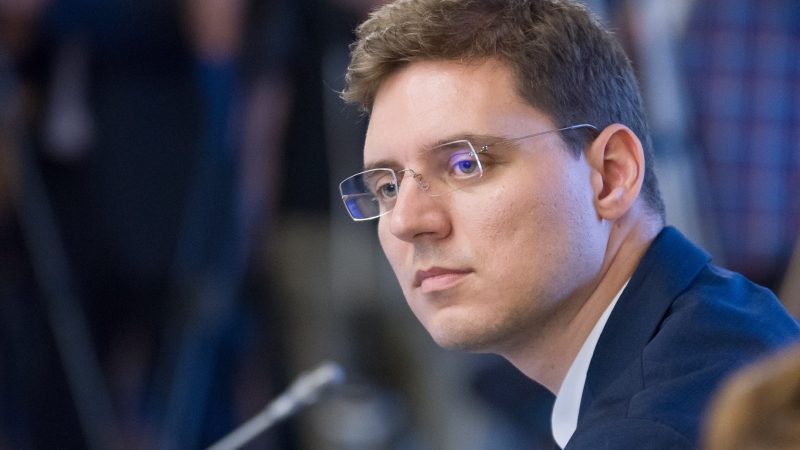 MEP Victor Negrescu: "Over the past weeks, Europe has had to deal with an unprecedented challenge, both in terms of size and intensity." [Victor Negresc's office]

As national health policies remain a member state prerogative, in the medical area, the EU is simply powerless, lacking the legal basis or resources to coordinate the fight against the epidemic, writes MEP Victor Negrescu.

Victor Negrescu is a former Romanian Minister for EU Affairs and currently an MEP for the Romanian Social Democratic Party (S&D Group) in the European Parliament.

“What we are doing is almost war-time medicine, and we don’t even know the enemy.”

These are the words of a front-line combatant fighting to save lives – an Italian doctor from the intensive care unit in a Lombardy hospital.

“Experience taught us that solidarity and cooperation are the sheer force that drives us forward”, adds his coworker, speaking of a very special form of cooperation: working together with a group of Romanian doctors and nurses helping their colleagues in their time of need.

The war terminology will – hopefully – soon disappear from our vocabulary, but the lesson of European cooperation should be used to transform the way we fight together in times of crisis.

Over the past weeks, Europe has had to deal with an unprecedented challenge, both in terms of size and intensity.

Despite the strong will to act together, coordinate actions and devise economic measures to protect the people and the economy, in the medical area the EU is simply powerless, lacking the legal basis or the resources to coordinate the fight against the epidemic, as national health policies remain a member state prerogative.

I believe that the main contribution the EU has brought to our countries and to the welfare of our citizens lies not only in its material resources, but mainly in its values put into action, in its capacity to build institutions whose reach and direct impact in people’s lives are undeniable.

The web of European institutions, as well as the principles and proofs of friendship and solidarity, are a part of our daily lives; alongside millions of fellow citizens, I cannot imagine strong, stable and prosperous societies without them.

The true reality of the EU is best described by spontaneous demonstrations of solidarity happening these days: the sacrifices and efforts of Romanian doctors and nurses taking care of Italian patients, the Italian and French citizens treated in German hospitals.

These are acts of solidarity and kindness that can help us shape a stronger community in the years to come. Let’s build on their foundation in order to be better prepared in the future!

The EU and the member states need to adapt to the new circumstances and create permanent mechanisms for fast intervention. I have brought forward to the European institutions the proposal of establishing an EU-wide medical emergency unit – EU Blue Medical Corps, which can be rapidly deployed where and when they are most needed, in crisis situations or in emergency cases.

The Corps can be provided with equipment via the RescEU stockpile mechanism and can be recruited on an EU-wide basis. A true European solution to European challenges.

In my view, the establishment of a coordinated crisis response institution will avoid the duplication of relief efforts, while increasing the degree of coordination and coherence of said actions and diminishing the immediate burden member states must carry on the short run.

An example of how such an emergency unit would function is the recent use of the EU Emergency Response Coordination Centre to dispatch the aforementioned medical team from Romania to Italy. But this existing mechanism is insufficient for the current necessities, it needs to become a permanent, flexible, well-funded instrument.

The creation of such an institution is not only a tool that can provide immediate needed help, but also a powerful signal of concrete European solidarity.

The future of the European Union depends on its capacity to adapt to the changing global environment, and problems of this scale and power of dissemination can only be further expected down the road.

As the current situation highlights, national capabilities – expertise, financial resources, medical supplies, medical personnel – are insufficient: no state can face these challenges alone. But the European Union can – and this is one tool it can develop to be better prepared. Our plan for a better future must be based on solidarity and cooperation.