‘Made in Monde’: Time to rethink the system 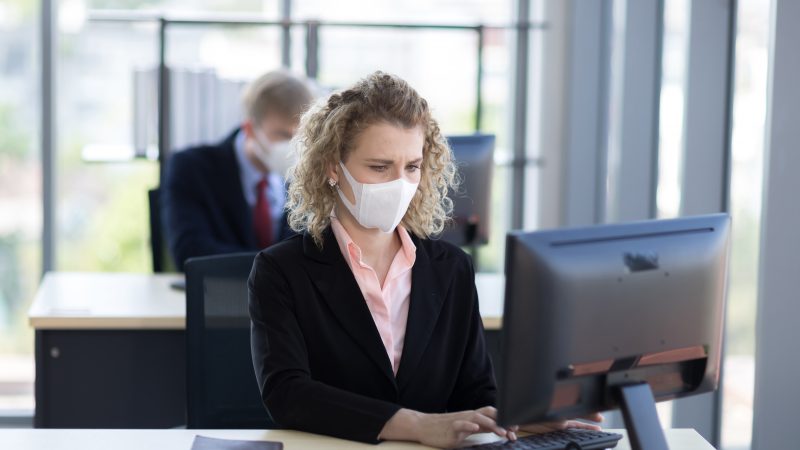 The spread of the coronavirus is in its full swing. Just a few weeks ago, it was unthinkable that entire cities or regions would be locked down, businesses shut down, schools close, events be cancelled, and some essential products like ibuprofen would become scarce. This has quickly turned into a reality, writes Isabelle Durant.

The magnitude of the impact is immense and growing, and signaling to a contraction of world GDP. And we do not know the magnitude of the knock-on effect of COVID-19 or when it will come to an end. As it stands, the Olympic Games in July and August may even be affected.

What we do know is that our current business models have become highly integrated and dependent, particularly on one country, China. Over the last two decades, China has become the largest exporter, accounting today for a staggering 13% of total world exports.

The issue is even more evident for trade in manufacturing intermediate products – the inputs and components used in global value chains. In 2002, China accounted for only 4% of this trade. Today, its share is nearly 20%.

The impact of this immense concentration of intermediate goods is being felt across the world:  Production is contracting from one country to another, in a sort of domino effect. Car industries in Europe miss inputs, so do machinery manufacturers in South Korean, to just name a few.

UNCTAD estimates that in 2020, the impact on global production networks will be around USD 50 billion, only taking into account the February slowdown of China. And this does not yet include the decline in demand from China, which will certainly hit commodity exporters from many developing countries.

This will hit hard the incentives to invest. In fact, foreign direct investment is likely to decline between 5% and 15% in 2020. This challenges not only short-term perspectives but also long-term growth.

Is this strong dependence and concentration a lasting concern? Over the last decades, integrated production networks and long global value chains with “just in time” procurement systems and China at its heart have become the dominant model and driver of international trade.

“Factory China” also evolved thanks to the centralized and subsidized policy of its government. But this is precisely what the United States, in its ‘America first’ approach, is contesting and triggered increases in tariffs and led to trade tensions over the last two years.

There is no doubt that the massive expansion of the Chinese economy has brought immense opportunities in terms of employment, revenues and trade, and thus lifted millions out of poverty. Not only in China but also in countries that benefited from the high demand of the Chinese industry.

But what we experience now is the risk and associated cost with high dependence. As with any risk associated with concentration, diversification is the remedy. By diversifying source and destination markets, the risk can be lowered.

This may lead to higher costs owing to smaller economies of scale, but the additional cost should be weighed against the advantages of lower risk premiums associated with more diversified suppliers.

We should not fool ourselves that this is an isolated situation. Only ten years ago, the world experienced the domino effect of the financial crisis. If we add to this the effects of climate change on international trade and the effects of the digital revolution – such as the ever-increasing capacity of robots to replace humans – we must acknowledge that we need to put the current business model into question.

“Business as usual” is thus no longer an option. What we need is an open business model which is more diversified in terms of production and has shorter value chains. Naturally, this makes a strong case for regional integration.

Such models will also allow better monitoring of compliance with social, health and environmental standards, which are increasingly valued by consumers. Consumers are more and more mindful about how goods are produced and who benefits in global value chains.

Fueled by the dismal benefits that accrue to some producers in developing countries, such as smallholder coffee or cocoa farmers, some consumers are willing to pay a premium for goods that stand for better working conditions and better benefit sharing.

This explains why global sales of fair trade certified goods climbed 15% in 2018 to reach €9.8 billion ($10.9 billion), according to Fairtrade International’s annual report 2018-2019. While the market of fair trade is expanding, it is critical that multinational enterprises embrace more equitable business models given that they dominate and set the tone in value chains.

Have we reached a tipping point for embracing a profound change in the current business models? The coronavirus certainly exposes the risks associated with high dependence and concentration and climate change has started altering producer and consumer behaviour.

These may pave the way for rethinking and devising more sustainable models, and are certainly also important for the European Green Deal.