The Brief — Close encounter with anti-vaxxers 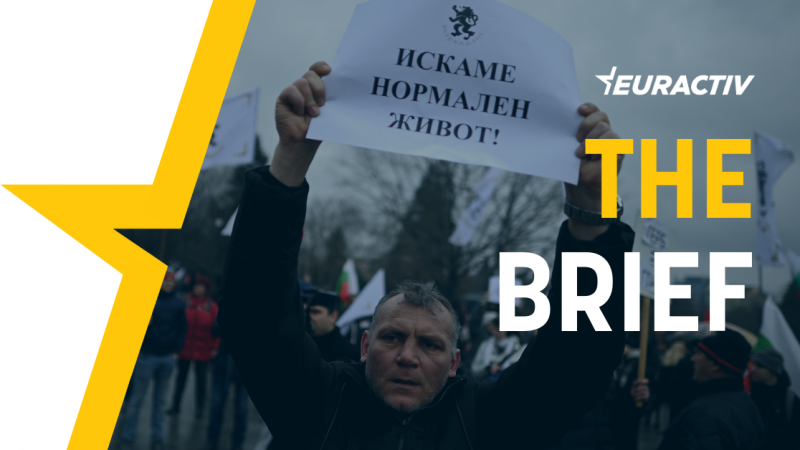 This author of the Brief is back from the country with the lowest vaccination rate in the EU – Bulgaria – where only 15.5% of the adult population is fully vaccinated, while the EU average is 70%. The authorities in Bulgaria fear a terrible fourth COVID wave but people keep behaving as if the pandemic doesn’t exist.

There are anti-vaxxers everywhere, and they were around long before COVID. However, Bulgaria is a special case, because of the apparent predominance of anti-vaxxers.

Instead, they seem to believe the internet, Facebook in particular, and above all, the direct messages that bombard them with warnings about how dangerous the vaccines are, how insufficient the scientific research was, plus all the conspiracy theories in which vaccination is a plot concocted by Bill Gates to control all the people in the world, and many others.

Despite many fatal cases – Bulgaria has the highest COVID mortality rate in the EU – anti-vaxxers keep clamouring that COVID is just a variant of flu. They also protest against wearing masks and against what they call a limitation of their rights and creeping discrimination.

In Bulgaria, it is extremely easy to get the jab. Vaccines are plentiful; actually, there is a risk that many will have to be dumped, unused, when they expire. Vaccination centres are open in shopping malls, in some cases shopping vouchers are offered to people who accept the jab. Nevertheless, there are few takers.

Speaking to various people, the author of this Brief has realised that anti-vaxxers are not necessarily the poor and the uneducated.

Many medics in Bulgaria oppose the COVID vaccine, and they are powerful influencers. The rate of vaccinated teachers is also low – around 30%, according to research. Anti-vaxxers are active on social media and seem to galvanise the same part of society that appears disgusted with politics and seeks information from obscure sources rather than the traditional media.

Anti-vaxxers are talented influencers; they are vocal in taverns, in buses, in trains, in all places where people communicate without necessarily knowing each other. Conversely, people who trusted the vaccine and got the jab remain silent.

Those who reject the vaccine pose as proud individuals. Those who got the jab don’t want to talk about it.

As an illustration of this, an elderly person with higher education and a good social status has said confidentially that she didn’t want her children to know that she was vaccinated because they were strongly against the jab and would be mad at her.

Bulgaria is the poorest EU country and has been unable to gather a majority for electing a government this year. It also ranked last in the EU terms of media freedom.

It’s a small wonder, then, that people don’t trust the media and the politicians, as those have lost credibility. The strength of the anti-vaxxers is probably a measurement of how sick democracy is. And there is precious little the EU can do about it.

Good news first. EU finance ministers approved on Monday the recovery plans submitted by Ireland and the Czech Republic, bringing to 18 the number of validated proposals sent by the member states since April to access the coronavirus fund.

Following this summer’s floods and wildfires, EU member states will be allowed to request that costs associated with “certain events,” such as natural disasters, be classified as “one-offs.” This allows states to exclude such costs from their annual debt calculation.

With just weeks left before several grace periods expire, the UK insists that the EU’s import protocol, which involves the UK and Northern Ireland, be revised. The European Commission, however, stands firm in its decision not to renegotiate.

After claiming victory over opposition forces in the Panjshir valley, the Taliban assured the people of Panjshir that there would be no “discriminatory act against them.” But is the Taliban’s new “moderate” approach genuine?

Meanwhile, during a coup d’état on Sunday, special forces soldiers in Guinea allegedly captured and took the nation’s president to an undisclosed location, on the grounds of “poverty and endemic corruption.” The EU, UN, and United States have each released statements condemning the events.

And speaking of revolts — after four months of protests outside the RTV Slovenija headquarters, a group of anti-vaccination protesters stormed the building on Friday. The media outlet’s director general called the event a “grave attack on our media house and public media outlet.”

Shortly after reaching 70% vaccination, Spain has set a new, arguably harder, goal: 90%. Prime Minister Pedro Sánchez said he plans to reach this threshold as soon as possible, but a specific deadline has not yet been announced.

One response to “The Brief — Close encounter with anti-vaxxers”