The Brief – On to next season 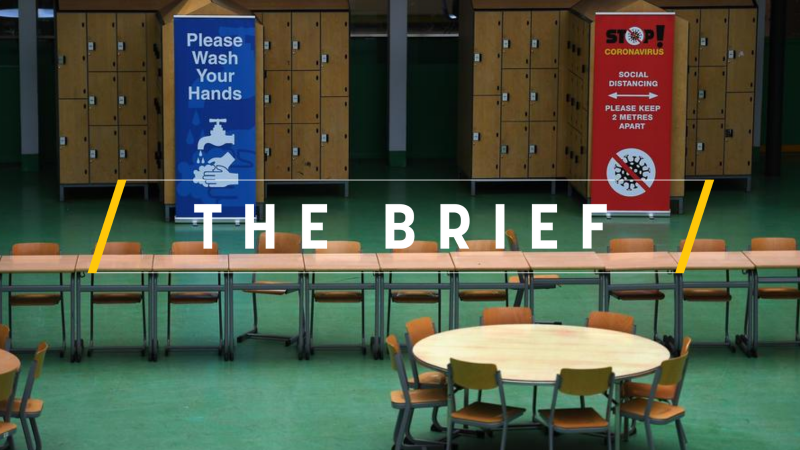 Life in a COVID-19 world may be hard to recognise but there are some norms that even COVID-19 can’t change.

The adage that football is played by two teams and, at the end, the Germans win, was confirmed by Sunday’s European Champions League final win for Bayern Munich over the expensively assembled Paris St Germain. The lack of fans makes football an eerie spectacle for viewers and, no doubt, the players, but the fact that the game was held, and the competition concluded provides some reassurance that we are learning to cope and live alongside COVID-19. On to the next season, this time within only a couple of weeks to wait.

The big test approaching the continent in the coming weeks is about that other ‘new season’ – the new school year. Schools across Europe will re-open across the bloc after six months in most cases, and with, in Greece and several other countries, both students and teachers wearing masks in class.

Infection rates in several European countries have increased over the last couple of weeks but the signs are that member states are being as vigilant as they can be in enforcing social distancing and mask wearing.

Yet some of the short-sighted mistakes that dogged the initial response to the pandemic continue to be made. In the UK, Boris Johnson’s government decision to cancel the travel bridges with a number of European countries prompted Brits to rush back from their European holidays in order to avoid spending two weeks self-isolating. Predictably, France and other countries have responded by setting out their plans to impose identical quarantine requirements on Britons.

With track and trace technology and mass testing facilities available across the continent, there is little justification for such draconian quarantine rules which also handed Europe’s battered tourist industry another kick in the teeth.

With vaccine testing in Europe and elsewhere ramping up, there are hopes that treatments will be available within the coming months. But a vaccine will not be a silver bullet to end the pandemic if political leaders do not think beyond their own borders.

On Monday (24 August), the World Health Organisation’s director general Dr Tedros Adhanom Ghebreyesus, warned against “vaccine nationalism” and governments forcing up prices by bulk buying vaccines. In the fight against COVID-19 we are only as strong as our weakest. It’s a reminder, in case we didn’t already know, that if countries in Europe and beyond do not work together over the coming months, ending the pandemic will take longer than it should.

Our latest autumn policy forecast: The second half of 2020 will be crucial for a range of European defence initiatives. It will also be crunch-time for Europeans to make yet another attempt at sorting out security matters on the global stage.

Finance Minister Olaf Scholz will lead the German Social Democrats (SPD) into the campaign for federal elections in 2021. Not an easy task for a party that faces strong competition from the Greens for the number two position, behind the Christian Democrats (CDU/CSU).