The Brief, powered by BSEF – The price of delay 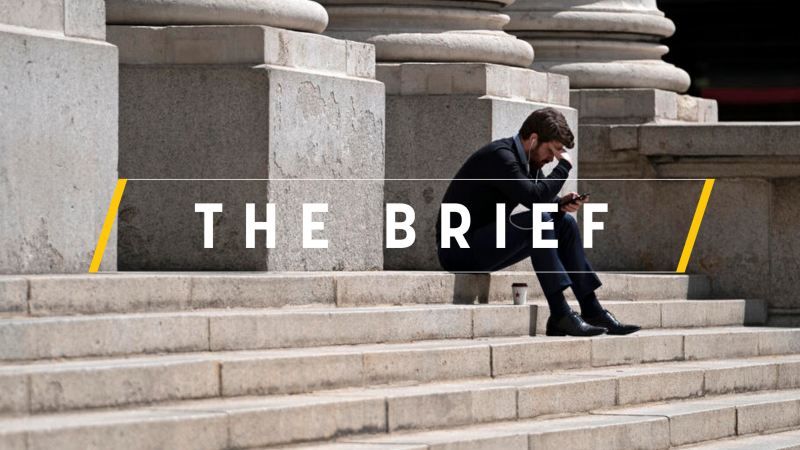 Boris Johnson’s UK government has been widely flayed, quite rightly, for its response to the COVID-19 pandemic. Slow to lockdown and slow to test and trace, the result is the highest death toll in Europe.

But Johnson and his Finance Minister Rishi Sunak have moved quickly to avert economic catastrophe.

After effectively putting a third of the country’s workforce on the state payroll since March, the government announced on Wednesday (8 July) plans to subsidise six-month work placements for young people.

Meanwhile, homeowners will be offered vouchers for £5,000 for energy-saving home improvements as part of a wider £3bn ‘Green Deal’ plan to cut emissions. Eating in restaurants will be subsidised. It is Keynesianism with the turbo-chargers on full power.

Throwing this kind of public money around with such gay abandon would have been unthinkable six months ago, especially by a Conservative government, and some of it will, inevitably, end up either being wasted or in the wallets of people who don’t need it.

But it’s still the right thing to do. Europeans need to get spending again or swathes of the tourism, retail, automotive and hospitality sectors will simply go broke. The greatest danger is in not doing enough.

Even with such massive handouts, the UK economy is still expected to contract by 10% in 2020 as a result of the COVID-19 pandemic, though that would be a smaller recession than was forecast two months ago.

Germany and France have unveiled similar schemes to the UK – on Wednesday the Commission approved Germany’s plan to set up a €500 billion support and recovery fund – but not everyone has that kind of fiscal firepower.

One of the legacies of the two recessions between 2008 and 2012 was that young people paid the heaviest price in lost jobs and limited opportunities, a pattern that risks being repeated, albeit on a more dramatic scale, in the wake of the pandemic.

A revamped Youth Guarantee scheme, along with incentives for green investments and European tourism, should be first in line for public money.

That’s why it is so crucial that the EU’s own €750 billion Recovery Fund is ready to dole out cash within weeks rather than months. In fact, the UK’s absence from the EU table should, in theory, make it easier to broker a deal (London would probably have shared the stance of the ‘Frugal Four’).

The Commission’s target to get the Recovery Fund finalised this summer is hugely ambitious but it needs to be met.

Every month of inaction adds billions to national budget deficits this year and next. EU leaders meeting next week need to know that the price of delay will carry a far bigger tag than €750 billion.

If EU leaders fail to reach an agreement on a pandemic recovery package next week, “we will enter into difficulties,” the EU Commissioner for Budget, Johannes Hahn, warned.

Dutch Labour MEP Paul Tang is expected to be elected the chair of the new European Parliament’s tax subcommittee, after the political groups reached an agreement on his choice, Parliament sources have told EURACTIV.

For the first time during the German Presidency, EU interior ministers exchanged views on reforms of the EU asylum system. German Interior Minister Horst Seehofer (CSU) expressed “justified confidence” that a deal can be found.

Leaders of Hungary, Serbia and Slovenia spoke of the threat of regional conflicts and the need to reestablish the power-balance in Europe in the wake of Brexit and COVID-19 crisis during an online conference.

Coronavirus contact tracing applications should be made mandatory as a means of helping the EU transition out of the public health crisis and open up its borders, Slovenian Prime Minister Janez Janša said.

Reconciling all the numerous policy areas involved in the Farm to Fork (F2F) strategy within one coherent framework has become one of the toughest challenges in the implementation of the EU’s new flagship food policy.  Story coming shortly.

The European Commission unveiled plans to promote hydrogen based entirely on renewable electricity like wind and solar, but said low-carbon hydrogen derived from fossil fuels will also be supported in order to scale up production in the short term.