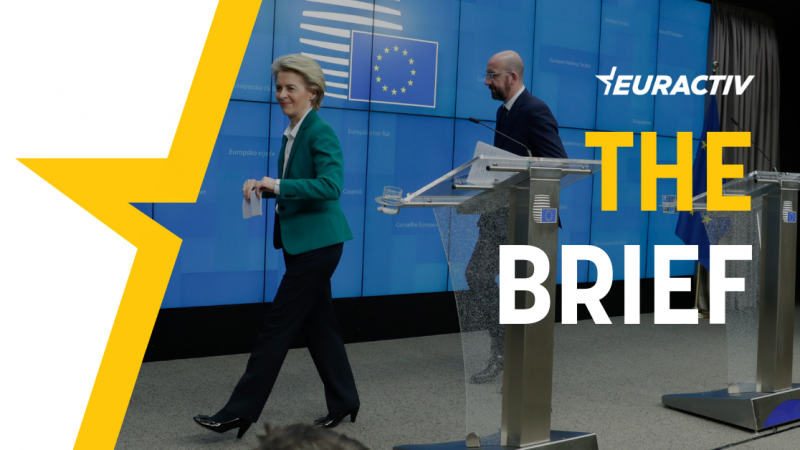 We live in frustrating times. As we face a powerful new COVID-19 wave, despite the relatively high vaccination rates in Europe, the EU Commission chief has proposed making jabs mandatory. An EU summit is likely to take place in the next few days, probably as a videoconference.

At the centre of talks will be the new Omicron variant, the need for a common approach on issues such as booster doses, and the idea of making COVID vaccines mandatory.

But this is not the scoop. Not yet.

One-third of Europeans are not vaccinated. Many of them are children, but more importantly, there are categories of eligible people who refuse the jab.

As we have argued previously, the vaccination rates in the EU are uneven, to say the least, with a startling East-West divide.

The author of this Brief believes that making the vaccines mandatory would be madness in the context of several countries of the EU’s East.

There are good arguments for making COVID vaccination mandatory. Vaccination is already mandatory or highly recommended for many diseases such as polio, diphtheria, whooping cough, type b Haemophilus influenza, hepatitis B, measles, rubella, and mumps.

Vaccination is not only for self-protection. It is also a civic gesture to protect others and help the medical system cope with the pressures of the pandemic.

Last but not least, vaccination saves lives. Although it’s not a full guarantee you will not catch COVID, it helps avoid severe forms of the disease. Suffice to say, this graphic clearly shows that the lower the vaccination rate, the higher the death rate.

The author of this Brief is vaccinated and eagerly awaits the booster dose. We are fortunate that science has been able to limit the effects of the pandemic.

But many people have a different view. According to opinion polls in Bulgaria, there are more people who do not want to get vaccinated than there are those who share this author’s views.

Not all of those who still oppose the vaccine are anti-vaxxers. The real anti-vaxxers are the priests of a new religion. This new religion is anti-system, and its numerous followers are among those disgusted with our societies.

Imposing the mandatory vaccine would give anti-vaxxers the supreme argument: the confirmation of their claim that the Western world to which we belong is officially becoming a dictatorship.

Our world is indeed unfair. The frustration of many people resulted in movements like the Yellow vests in France and elsewhere. We see this revulsion in the elections: by the increasing number of people who don’t vote.

Is there research on the relationship between people who don’t vote and those against the COVID vaccine? If not, it should be taken up in the next Eurobarometer.

To the EU leaders, meeting in their next summit, which will probably produce zero results as usual in recent times, we propose a theme for discussion.

The anti-vaxxers and their followers are just the symptoms of many things that are completely wrong in Europe.

Do they have the courage to discuss the real issues?

If they do, we will have our scoop.

A message from ELF: The European Liberal Forum develops comprehensive liberal solutions to real-life problems
The ELF is acting as an incubator for European policy debates. Together with our 47 member organizations, world-leading liberal foundations and think tanks, we explore policy solutions for a freer and fairer Europe. Discover our publications >>

Former Austrian chancellor Sebastian Kurz announced his departure from the political stage on Thursday by resigning from all his political posts. His resignation will lead to a cabinet reshuffle and potentially a new chancellor.

Valérie Pécresse, a veteran politician who served as a minister under former President Nicolas Sarkozy, will go into a runoff as the favourite to be picked as the centre-right Les Républicains’ candidate in the upcoming French presidential election. She will face Eric Ciotti, a staunch right-winger among the party ranks to determine who will lead the party’s bid to return to power for the first time in a decade.

Energy ministers from EU countries met in Brussels on Thursday to debate their responses to high gas and electricity prices, with countries still divided over whether the recent price spike calls for an overhaul of the bloc’s energy market rules. Energy prices surged to record highs in autumn and still remain relatively high while gas reserves are depleting steadily as the winter heating season settles in.

Meanwhile, EU officials say that a planned revision of EU gas market legislation, aiming to improve access to gas storage facilities and include provisions for the joint purchasing of gas stocks, will be released on 14 December. “We will make storage part of the security of supply risks assessments, both at national and regional level,” said Energy Commissioner Kadri Simson at Thursday’s ministerial meeting.

Germany’s coal states are victims of political whiplash: the country’s planned coal exit date went from 2038 to “ideally” 2030 within months, with economic transitions far from complete. In response, Michael Kretschmer, a conservative CDU minister-president from the coal mining state of Saxony, has told unionists to “not meekly accept” the decision made by the new coalition government.

Fewer than a fifth of eco-schemes are expected to deliver on their stated environmental objectives, according to a new report by prominent European NGOs. The report is the first attempt to systematically catalogue and assess the 166 eco-schemes currently proposed in 21 member states’ national action plans across the EU.

The legal adviser to the European Court of Justice said Thursday that court justices should dismiss Budapest and Warsaw’s legal challenges to the EU law that links disbursement of bloc funds to rule of law standards. The law was adopted last December as part of a compromise deal between EU-27 leaders.

Amid continued silence from EU leaders, international media freedom organisation Reporters Without Borders has asked the Commission and Parliament to “firmly denounce” Greece’s new defamation law as “an attack on press freedom.” In November, the Greek parliament passed a law criminalising “fake news which may cause anxiety and fear to the citizens,” with this vaguely defined offence punishable by a large fine or up to five years in prison.

Consumer protection associations can bring representative actions for infringement of EU privacy rules against data processors such as Facebook before national courts, according to an advocate general of the EU Court of Justice. The legal opinion was delivered on Thursday, after a case was initiated alleging that the social media giant failed to clearly explain how and why their personal data was being processed on its gaming platform App Centre.

Özlem Türeci, BioNTech’s chief medical officer, was among the four winners in the sixth edition of the Women of Europe Awards held on Wednesday by the European Movement International and the European Women’s Lobby (EWL). The award ceremony honours female leaders for their contributions to society and defence of European values during the pandemic.