The Brief, powered by Facebook – Vaccines, the next battle 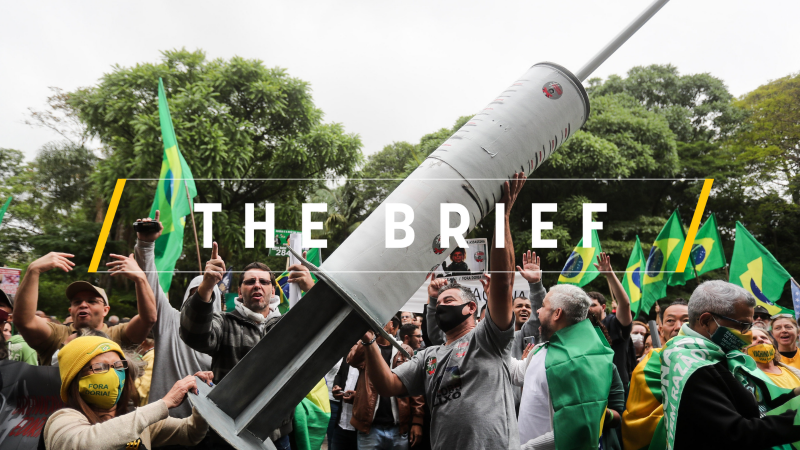 It is no coincidence that COVID-19 vaccines dominated the agenda of the last EU summit and of the more recent G20 summit, both held as teleconferences.

There is hope that the various vaccines soon to be available, or at least some of them, will bring back life to normal, that no more lockdowns will be needed, that thanks to the vaccines, all shops and restaurants will reopen, that we will be able to travel and see in person our families, our friends and our loved ones, whenever we want.

In an ideal world, this is what would happen. Vaccines would be free and people would go and get a jab when their general practitioner tells them to, in an orderly fashion.

However, we can already foresee several challenges.

Let’s start with those who want to be vaccinated, the sooner, the better. It’s essential to avoid a mad rush toward vaccination centres, confusion about which vaccine to choose from several that will be available, or even worse, getting more than one vaccine just to be on the safe side.

Things become even more complicated when it comes to those who don’t want to be vaccinated.

Opinion polls in several European countries indicate that about half of the population is hesitant or even opposed to COVID-19 vaccination, believing in bogus claims of a world conspiracy that aims to control the human population, disguised as vaccination.

For the vaccination to be successful, a significant proportion of the population needs to it. 50% coverage is not enough. There will be vaccination campaigns, but if they are poorly designed and implemented, they risk strengthening the ranks of anti-vaxxers, in Europe, the US, and across the world.

The anti-vaxxer camp has grown exponentially in recent years, and unfortunately, social platforms have done nothing to oppose their anti-science narrative. There is a real risk that in the online battle between science and anti-vaccination, anti-vaxxers would prevail.

In addition, for the vaccination effort to be sustainable, there should be no gap between developed and developing countries, meaning that the rich countries should set aside billions to help fund vaccination in the less wealthy parts of the planet. Some efforts have been made, but they are not enough.

Also, we run the risk of quickly becoming a two-speed society, where those who get the vaccine could feel like they can afford to stop respecting social distance or wearing masks.

This would lead to the collapse of the simple measures that have proven to be our best and , indeed, only defence against the pandemic. It’s not easy to communicate, but in order to avoid chaos, people who get vaccinated should continue to behave as if they had not been.

The media has a role to play, or else, the false narrative peddled on social media could prevail. An effort at EU level would also be more than welcome. It’s not too late to get organised.

Pharmaceutical giant AstraZeneca has confirmed that its coronavirus vaccine is now ready for regulatory approval and rollout, after late-stage trial results found the vaccine to be up to 90% effective.

The EU’s first-ever defence review painted a gloomy picture for the bloc’s ability to achieve ‘strategic autonomy. Experts also believe the EU is not doing enough to address major shortfalls.

Turkey prevented German forces belonging to an EU military mission carrying out a full search of a Turkish cargo ship that they suspected of taking weapons to Libya, both countries confirmed.

Ethiopia has been “alarmed and surprised” by the EU’s equivocal stance on the conflict between Prime Minister Abiy Ahmed’s government and the rebel leaders of the Tigray People’s Liberation Front (TPLF), the country’s EU ambassador has told EURACTIV.

A European-built satellite designed to precisely measure sea levels successfully made it into orbit, helping the EU’s Copernicus fleet of eyes-in-the-sky grow in size and provide a fresh set of climate-relevant data.

The under-representation of people with a minority racial or ethnic background in the media, including in media newsrooms themselves, remains a problem that needs to be addressed, and the European Commission is ready to help with funding, the EU executive’s vice-president Věra Jourová told EURACTIV.

The term ‘feminist diplomacy’ used by France since 2018 remains unclear, according to a report by the country’s High Council on Gender Equality presented to the government on 18 November.

Regional governments across the EU are bracing for difficult times ahead as they lack technical means and have scarce financial resources, according to a joint survey conducted by the European Committee of the Regions (CoR) and the OECD.

Sixty-two major oil and gas companies agreed to a new framework for monitoring, reporting and reducing methane emissions as part of the Oil and Gas Methane Partnership 2.0.

Around half of plastic waste from electronic and electrical equipment (WEEE) is not properly collected or sorted in the EU, meaning it is not recycled at the end of the day, according to a new report.