The Brief, powered by ITI – Defeat in vaccine victory 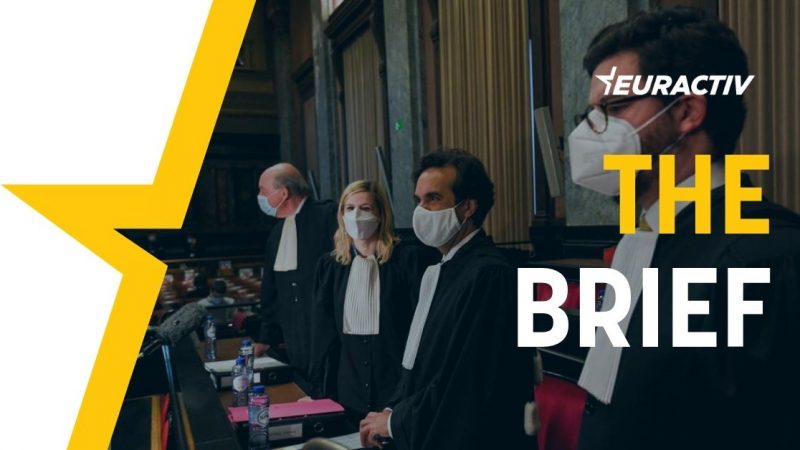 In the innocent pre-pandemic world, who would have imagined that the EU would one day sue a pharmaceutical giant for not delivering on a contract for 300 million vaccine doses?

In the event, following months of time-consuming and expensive litigation, both the European Commission and AstraZeneca are attempting to claim victory after what has been an embarrassing saga for both sides.

The EU has the moral high ground in the form of a court judgement that states that AstraZeneca committed a serious breach of its contractual obligations with the EU.

“This shows that our European vaccination campaign not only delivers for our citizens day by day. It also demonstrates that it was founded on a sound legal basis,” says Commission President Ursula von der Leyen. In truth, that’s not quite the assessment that the court of European public opinion is likely to make.

Meanwhile, AstraZeneca points out that while the EU was seeking at least 120 million vaccine doses by the end of June, it is instead only going to receive 50 million doses of vaccine by 27 September 2021, albeit with a penalty of €10 per dose not delivered. The firm is on the hook for a €500 million fine should it fail to deliver, but it could have been much worse.

Executive Vice-President Jeffrey Pott said on Friday that AstraZeneca has “fully complied” with its agreement with the EU. Anyone looking for signs of mea culpa from the pharmaceutical will have to keep searching.

Leaving aside the frantic attempts by both sides to spin the verdict as a victory, the judgement almost brings the row to a close. The two sides are set to meet again in September to discuss the conclusion of the 300 million vaccine order. After that, the EU appears to have chosen to rely on doses of the vaccine produced by rival Pfizer/BioNTech.

In the wider vaccine propaganda battle, both the EU and AstraZeneca have been outmaneuvered by their rivals. The court found that AstraZeneca has delivered twice as many vaccine doses to the UK as it did to the EU. That, in itself, is a major blow to the European Commission’s pride.

Though Europe is catching up, its procurement mishaps late last year set it months behind the UK in the vaccine race.

The reports of deaths and rare blood–clots suffered by a handful of patients after receiving the AstraZeneca vaccine have caused major reputational damage, though AstraZeneca remains the only manufacturer selling its vaccine at cost price rather than for profit.

But arguably the greatest damage caused by this vaccine row has been its contribution to the ugly and utterly counterproductive discourse of vaccine nationalism. The pandemic isn’t over, and genuine economic recovery cannot start, until there is global vaccination.

A message from ITI: How Do We Unlock Transatlantic Innovation?

What is next for EU-U.S. tech policy after Tuesday’s discussions?  Find out more about Industry’s role in making the transatlantic vision happen at itic.org.

With the first plenary of the Conference on the Future of Europe on Saturday (19 June) designed to have EU citizen participation at its core, some MEPs believe the event could be a catalyst to change the bloc’s treaties, while others hope citizens are not used as political pawns

With incidences of kidney disease predicted to soar in the next decade, health stakeholders are calling for more efforts to ensure patient autonomy and investment in training for both practitioners and patients.

In the first three months of this year, the UK food and drink sector has taken a £2 billion hit in lost exports to the EU, described by the industry as a ‘disaster’, according to new figures published on Friday.

And as always on Friday, don’t forget to check out this week’s Digital and Global Briefs.