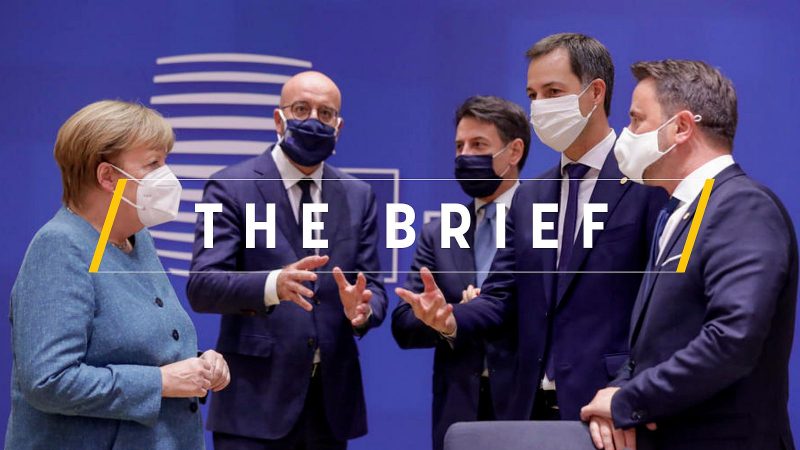 The COVID-19 crisis is back at full speed, with a steady stream of incoming news about new risk areas and regions, new quarantine measures and curfews. We’ve been there, done that, but is there anything new in all of this?

The COVID-19 infection curve had been going up quite steadily for weeks now. There have been earlier warnings about the post-vacation autumn and flu winter season.

Without a doubt, we’re in the middle of a second wave in Europe.

But does that mean we might get stuck in a groundhog day loop?

Not quite. While infection numbers may appear higher than in spring, it could simply be that increases in national testing capacities are identifying more cases.

Just to be clear, a second wave means a disease infects one group of people first. Infections appear to decrease. Then, infections increase in a different part of the population, resulting in a second wave of infections.
The latest spread of infection has been primarily among younger people, who are less likely to die if they contract the virus. Nevertheless, Bulgaria, Croatia, Malta, Romania and Spain have all been seeing sustained death rate increases.

Europe’s hospitals are now better equipped for treating severe cases of COVID-19. But the pressure on hospitals is also increased by the number of those who are suffering adverse long-term effects from the virus. Not to mention that all this distracts from ‘normal’ serious illnesses that require treatment.

At the same time, emergency measures such as social distancing and compulsory mask-wearing have become the norm.

Many larger European cities have become hotspots, with several member states going into ‘partial lockdowns’, a substantial cutback on freedoms.

Translated, that means: no government is willing to risk bringing the economy to this year’s second cliff-edge, doing everything except full lockdowns in a bid to protect businesses.

But there is one thing that does seem to stand out as a massive deja vu.

It’s the struggle how to keep the everyday political business running in what could become, at least for the near future, a constant trade-off between ‘taking all precautions’ and ‘getting the work done’.

While EU institutions play self-quarantine bingo with their staff, decisions start becoming erratic again in the face of an infection surge, just as they did in spring.

The decisions reached by EU affairs ministers on a bare minimum of coordination for travel restrictions across the bloc is only one of the few pandemic-related political shortfalls.

The other is to strike the balance between how to conduct business without disregarding the health threat.

Polish Prime Minister Mateusz Morawiecki recently tested negative but will continue to self-quarantine, after coming in contact with an infected person, which means he won’t attend this week’s EU summit.

That’s one out of 27. For everyone else, it’s summit time, only two weeks after the last one.

“We follow closely the evolution of the pandemic and the challenging circumstances,” a senior EU official told reporters just ahead of the in-person EU summit in Brussels.

“But [Council President Charles] Michel wanted a face-to-face meeting as he values the importance of the sensitive issues that will be discussed. We already had two physical meetings and we will ensure everyone’s safety,” the official added.

This might very likely be the case for 27 national leaders (Morawiecki will be replaced by Deputy PM Jarosław Kaczyński) and their appendage.

But what about moving a whole institution from one city to another?

French cities have been put on ‘maximum alert’ and French President Emmanuel Macron has warned of even stricter coronavirus measures and possible local lockdowns.

It borders on silly to once again listen to the Strasbourg debate, but there it is.

European Parliament President Davide Sassoli is on Thursday set to look at revising the decision to travel Strasbourg for next week’s plenary, according to an EU source.

The move comes as the pandemic situation in Brussels has deteriorated.

Macron insists on the location of Strasbourg, for whatever reason, while Sassoli has asked, in a letter seen by EURACTIV, for the introduction of stricter measures for the Parliament.

Watch this space to see who will prevail.

With less than four months until the New START Treaty expires, the US said it had reached an “agreement in principle” with Russia on extending the last remaining bilateral nuclear arms-control accord between Washington and Moscow. The Russian side, however, rejected the conditions as “unacceptable”.

Concerns have emerged among EU consumer groups that plans in Italy to establish a single firm overseeing the rollout of the country’s future broadband infrastructure could lead to a ‘quasi-monopolistic’ market structure.

The EU chemicals strategy adopted on Wednesday aims to address the cumulative and combined effects of chemicals, including pesticides, stressing a need to accelerate work on methodologies that ensure existing provisions can be fully implemented.

Violence against women exploded during the COVID-19 pandemic, as did economic and social inequalities, but the number of femicides has been on the rise since 2019. Feminist activist Marguerite Stern spoke to EURACTIV France about the position of women in French society.