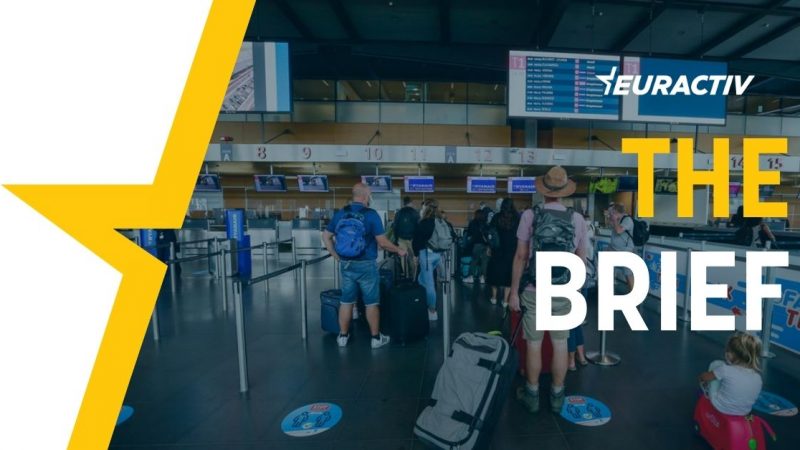 It’s roughly two to three months until millions of Europeans face the decision of where to spend their summer break from this second COVID-19 year. Yet this year’s summer holidays promise to become a minefield of (political) decisions.

It’s been a year since European Commissioner Thierry Breton announced a “Marshall Plan” for European tourism and both the EU executive and national governments were proclaiming ‘Operation Saving Summer’.

Last summer, the primary orientation for millions of European travellers was a colour code and whether or not they had to quarantine upon their return home.

Despite hopes for a peaceful dip into Europe’s blue oceans or some fresh mountain air, this year around, European citizens will face the same question: Should I stay or should I go?

“If I go, there will be trouble // And if I stay it will be double,” was the verdict of The Clash.

The EU has been working on a digital pass in time for the summer holidays. But after EU leaders agreed last month to work on vaccine certificates – which would show the bearer has been vaccinated, tested negative or achieved immunity – to restore freedom of movement and kick-start tourism, disagreements now threaten to derail the project.

MEPs called on Wednesday (28 April) for extensive changes to the plans, criticizing the name, modalities, data protection and whether Russian and Chinese vaccines should be treated equally as those approved by the European Medicines Agency (EMA).

Several countries have already begun using digital or paper passes to help ease local lockdowns. EU Justice Commissioner Didier Reynders warned of the possibility of “fragmentation across Europe” if an agreement could not be reached.

But even if the certificate finds its way into being, we should start asking questions. Because, for now, there are still more open questions than certain answers:

What if the level of vaccinations of Europe’s populations will not be sufficient to stop a surge and what if the infections spike again?

Because, let’s face it, swathes of our populations, especially the young and active people will not have been vaccinated by the summer.

And what if national governments unilaterally decide to shut down either during or shortly after the summer, resulting in a travel return mess?

If this is the case, will there be compensations, be it for the tourism sector, airlines and stranded tourists alike?

Southern European countries like Greece, Italy, Spain or Portugal – and others besides – cannot afford another year without significant income from their tourism industries.

The European hospitality industry has called for a stronger focus from European institutions on the sector’s recovery.

If, in a hopefully unlikely case, there are going to be special rights for the vaccinated – what about young people, who are the last to be vaccinated but have been the first to make sacrifices in successive lockdowns?

And, ultimately, what about European citizens mental health?

After more than a year of successive lockdowns implemented by European governments to curb the spread of COVID-19, a mental health pandemic looms larger than ever.

A disastrous, uncertain summer might further exacerbate the problems listed above. It’s time to start thinking seriously about ‘Operation Saving Summer 2’ – before it’s too late.

The bruises left by the Brexit process were evident on Tuesday even as EU lawmakers endorsed the trade deal that now governs economic relations between the UK and EU, almost five years after the UK voted to leave the bloc.

The COVID-19 pandemic has exacerbated existing inequalities around the world, and in the EU, it has disproportionately impacted women. The European Parliament’s regional development (REGI) committee sees cohesion policy as key to gender equality. EURACTIV Germany reports.