The Brief, powered by NGVA Europe – The Modi blues 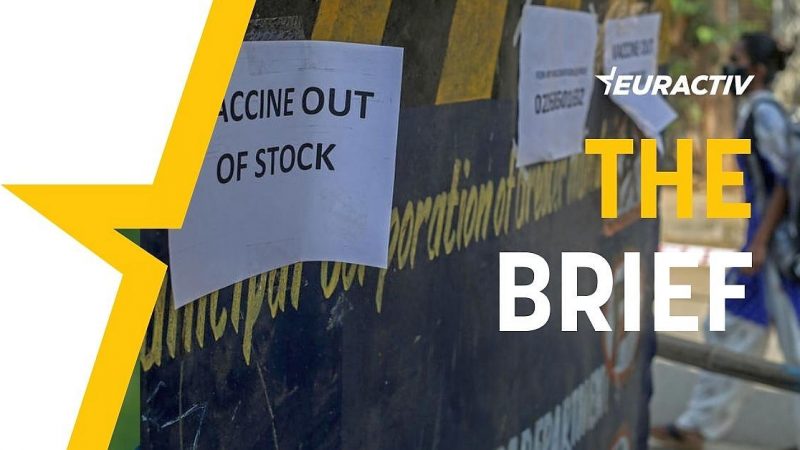 As the past year has shown, finding the most balanced policy response to COVID-19 is often a case of trial and error. India’s Prime Minister Narendra Modi proclaimed in January that his government’s response, heavy on vaccine diplomacy, made it one of the victors of the pandemic.

India’s plight is, in large part, self-inflicted by the Modi government which refused for several months to admit that there were any problems with the infection rate and the supply of medicines, and no need for social restrictions to contain the virus. Just weeks ago, cricket’s lucrative Indian Premier League was playing matches to packed crowds.

Modi’s BJP party, and the government, accuse their critics of peddling fake news, removing critical posts on social media. ‘Crisis, what crisis?’, is their mantra.

Modi is not the only international leader to take a cavalier and irresponsible approach to the pandemic – Donald Trump and Brazil’s Jair Bolsonaro comfortably outrank him on that score. But his government’s next steps, and those of the international community, which must offer support, are crucial.

India is the world’s pharmaceutical production hub, producing 62% of the world’s vaccine supply and around 20% of all generic medicines. Modi sought to use vaccine diplomacy to boost India’s international standing. The country’s Serum Institute is the biggest single producer of the AstraZeneca jab.

While there was self-interest at play – Modi wanted to compete with China in the COVID diplomacy stakes – India has supplied UNICEF with 60% of its vaccines. However, this appears to have been at the expense of the domestic population.

By late March, Indian health officials voiced concerns that the Delhi government had gifted or sold around 65 million doses to more than 70 countries (including the UK, the EU, Canada, and the US) but inoculated only 44 million locals over ten weeks. Fewer than 10% of the population have received even one COVID vaccine dose, and just 1.6% are fully vaccinated.

The crisis in India could have major implications for Europe, particularly if Modi now changes tack and blocks exports of vaccines and oxygen, both of which are in dangerously short supply.

One of the risks of vaccine nationalism lies in destroying the supply chains that allow the vaccines to be produced in the first place. Irish Taoiseach Micheál Martin has pointed out, in the case of the Pfizer vaccine, that more than 280 materials involving 86 suppliers from 19 countries go into making it.

As the EU’s pharma lobby has warned, should India impose an export ban on materials, Europe’s factories won’t be able to produce vaccines and that, in turn, will slow the bloc’s own vaccination programme, which has just picked up pace in recent weeks.

In exiting the pandemic, the world will only move as fast as its slowest members. Europe should offer Modi their support and resources. Whether or not the Indian premier accepts it is another matter.

German agriculture minister Julia Klöckner has proposed that products containing eggs must carry information on the housing system used for laying hens, but many of her European colleagues voiced concerns about the red tape this could entail.

An attempt by right-wing Polish MEPs to force a plenary vote on the controversial gas pipeline between Russia and Germany was blocked for a second time by the two largest groups in the European Parliament on Thursday, Parliament sources told EURACTIV.

The EU said on Friday it “regretted” a serious escalation of tensions at the border between the Kyrgyz Republic and Tajikistan, resulting in numerous casualties.

The European Commission, insurance regulator EIOPA, and the industry have started discussing options to better ensure the protection of businesses affected by the COVID-19 pandemic, as the withdrawal of state support measures is expected to reveal the real damage caused by the crisis in the private sector.

European cycling groups have criticised some EU countries for neglecting cycling in their National Recovery and Resilience Plans, saying the levels of funding allocated by member states will see them miss out on billions in economic and health benefits.

The collapse of talks on a fishing quota deal with Norway has exposed the vulnerability of the UK’s fishing industry and left it in a weaker position than when the UK was in the EU, fishing leaders have said.

Last but not least, don’t forget to check out our latest weekly Global and Digital briefs.