The Brief powered by NGVA Europe – Whatever it takes 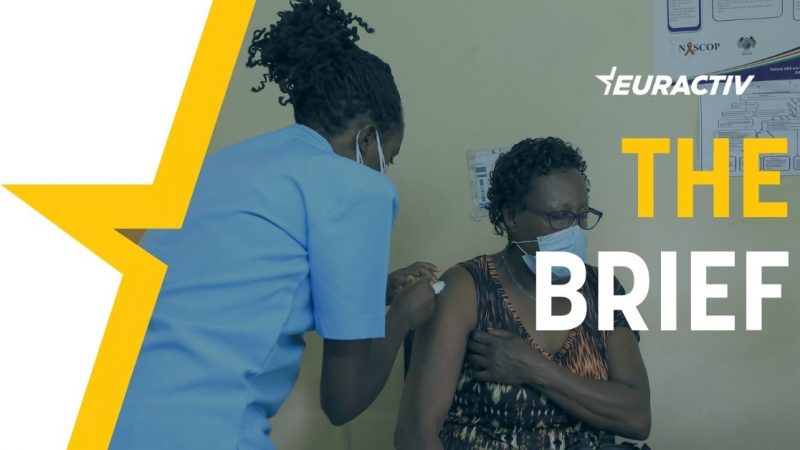 Wealthy countries and pharmaceutical giants have a “moral obligation” to ensure that COVID-19 vaccines are available to all. So says a group of more than 150 religious leaders, including the Dalai Lama, who are demanding commitments from the EU and others at next month’s G7 summit.

It’s hard to disagree, but morality and politics are not natural bedfellows. The world’s wealthy won’t be shamed into sharing their vaccine supplies. Developing countries need to be more aggressive in asserting their interests, and Kenya’s approach to the UK offers a useful model.

Earlier this month, Kenya, along with India, Bangladesh, and Pakistan, was added to the UK’s ‘red list’, which forces travellers from those countries to quarantine in a government-designated hotel for ten days, at a cost of over €2,000.

Most other countries, including all of Kenya’s neighbours in east Africa, had quietly accepted being put on the ‘red list’ several months ago.

Uhuru Kenyatta’s government in Nairobi reacted furiously, banning all flights from the UK into Kenya in retaliation and accusing the UK of practising ‘vaccine apartheid’ by not sharing its supply of COVID vaccines.

Provocative language, and a bold move, since tourism is one of Kenya’s most lucrative industries and would be badly damaged by a travel ban. But the charge is fair, and it worked.

Stung, the UK foreign office quickly moved to set up a joint committee with the Kenyan government with a view to scrapping the travel restrictions.

If nothing else, the episode is proof that assertive diplomacy works. With European and other wealthy countries likely to ease restrictions and allow international travel in the coming weeks and months, the threat of travel bans on would-be tourists is a potent one.

The truth is that on vaccines, the UK, the EU, and the United States have talked a good game about sharing supplies but delivered very little. The US has been accused of stockpiling vaccine supplies, while the UK and the EU have both been guilty of practising vaccine nationalism in recent months.

Less than 1% of the population of sub-Saharan Africa was vaccinated by mid-April. Much of that is courtesy of the UN-backed Covax initiative, which has so far delivered 18 million vaccine doses to 41 African countries. Still, it is a drop in the bucket.

Aside from the optics of the world’s wealthy getting vaccinated, there is economic self-interest in ensuring that all are immunised quickly.

Allowing the divide in vaccine access between the rich and poor to yawn even wider will have long-term economic costs, much of which will, eventually, be paid for by the IMF, World Bank and donor countries in Europe and elsewhere.

The EU says it wants to have a privileged ‘partnership’ with Africa. Sharing vaccine supplies in the coming months would be the most effective way of delivering on that promise. In the meantime, while the wealthy dither and delay, developing countries should do whatever it takes to force them into action.

A message from NGVA Europe: What are the costs of abating CO2 emissions in gmobility and other road transport options incl. FCEVs and EVs? Find out in our new study which will be out this week and join our webinar on 4 May to discuss its results.

President Vladimir Putin on Monday (26 April) dismissed as “absurd” Prague’s accusations against Moscow after Czech authorities accused the Russian secret services of being behind a deadly arms depot blast in 2014. But the investigative website Bellingcat connected the dots back to Russia.

Serbian President Alexandar Vučić has deflected criticism from the EU on the worsening situation for rule of law and media freedom in his country, with the help of docile media which preferred to focus on an uneventful infrastructure project. EURACTIV takes a closer look.