The Brief, powered by The Martens Centre — The East European COVID syndrome 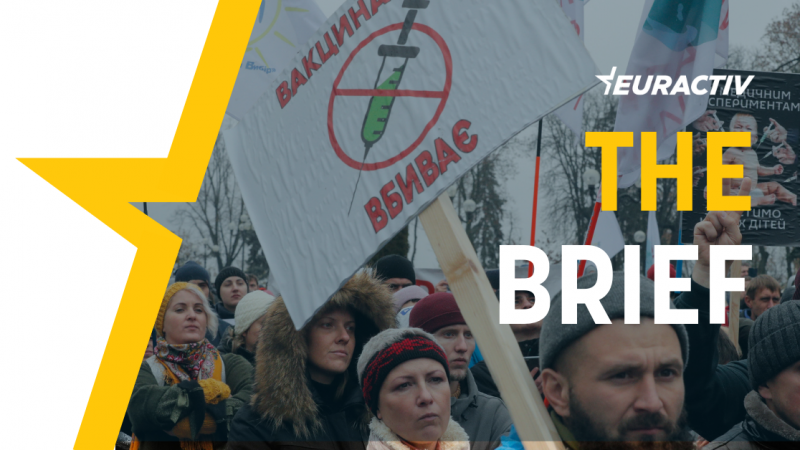 It took a pandemic to realise just how different societies in the more successful West and in the less prosperous East of Europe are.

In the EU, it is really amazing to see how the East lags behind the West in terms of vaccination, although access to vaccines is the same.

Among EU countries, the differences are even more significant. Former communist countries Bulgaria and Romania are at the very bottom (26.4% and 39.6% respectively), compared to the other side of the continent (92.3% in Ireland and 91.5% in Portugal).

Outside the EU, the picture is worrying in the Balkans and on the Eastern front, although in some of these countries, access to vaccines is more difficult compared to the rich and well-organised EU

There are conspiracy theories everywhere, but those who believe them are a small minority in the West, while they are the majority in some countries in the East.

Everywhere in the East, there are strong anti-vaxxer movements. Among other things, they reflect the deep mistrust in the authorities and the traditional media. It’s a democracy problem of the most severe kind.

In the first phase of the COVID pandemic, troll factories in Russia tried to sow distrust in Western technology and vaccines.

It ran in parallel with disinformation against 5G, which was portrayed as harmful and dangerous, while for some reason, this didn’t apply to Russian technology. Bill Gates was the villain in both disinformation campaigns, 5G and the vaccines.

The paradox is that the Western societies suffered little from this disinformation, while the East and even Russia are paying the price with lost lives. The death toll among the vaccinated with two doses is extremely low, compared with mortality among the unvaccinated.

In Eastern Europe, the statistics are possibly superfluous, because nowadays everyone knows some unvaccinated people who contracted COVID-19 and eventually died. Nevertheless, and despite introducing the COVID certificate for entering restaurants or the hairdresser, the vaccination rates remain low.

Conspiracy theories today also concern the rapid tests required for children to enter school. Some parents believe genetic material is taken from their children for some diabolical plan and, as a result, do not allow their children to be tested.

At the end of the day, every country will eventually achieve herd immunity. It seems that the West is gaining it via mass vaccination, while the East, by its own choice, will achieve it via mass contamination.

A message from The Martens Centre for European Studies: Thinking Together for the Future of Europe
The Martens Centre goes to Rotterdam next week for the European People’s Party Congress #ForwardTogether! We will focus on the most important issues for the Future of Europe with several debates, panel discussions, and side activities. Join us online and be part of the action using the hashtag #ThinkingTogether!
Join Here >>

More on the above: vaccination rates in Albania are still below 50%, with similar trends in other eastern European countries. Despite vaccine mandates, officials say the pandemic has been accompanied by “aggressive disinformation campaigns that negatively affected the response and public perception,” compounded by a distrust for government.

And as global COVID cases surpassed 250 million today, over half of all new infections are from Europe. Countries like Russia, Ukraine and Greece are at or near record levels of reported cases since the beginning of the pandemic.

Beer and sustainability: both important to Europeans, so why not bring them together? European breweries have started using blockchain technology to make production more sustainable, although NGOs warn that single-use packaging still contributes to a large carbon footprint.

MEPs say that the EU’s “restrictive” approach to biofuels sustainability criteria will harm producers’ ability to meet increased demand for green fuels in transport. They argue that the EU must use “all available means” to reduce transport emissions rapidly, rather than limiting the options.

And stakeholders warn that “the Commission puts too much faith in the unverifiable promises of the [GMO] industry” when it comes to new genomic techniques. The Commission is planning to hold a public consultation on the topic by the summer of 2022 to adopt a new regulation in 2023.

The Commission condemns “misuse of people” by Belarus and calls the migration situation on the Belarusian border “matter of urgency” after videos on social media showed hundreds of migrants marching from inside Belarus towards the Polish border. Poland’s national border guard said it had recorded 222 attempts to illegally cross the Polish-Belarussian border on Sunday alone.

After 20 months, the United States has finally re-opened its international borders to land and air travel. Restrictions will not be fully lifted, of course, but vaccinated and tested citizens of Canada, Mexico, and Europe, among others, will be able to enter the country.