The Brief, powered by UNESDA – Choosing freedom with courtesy 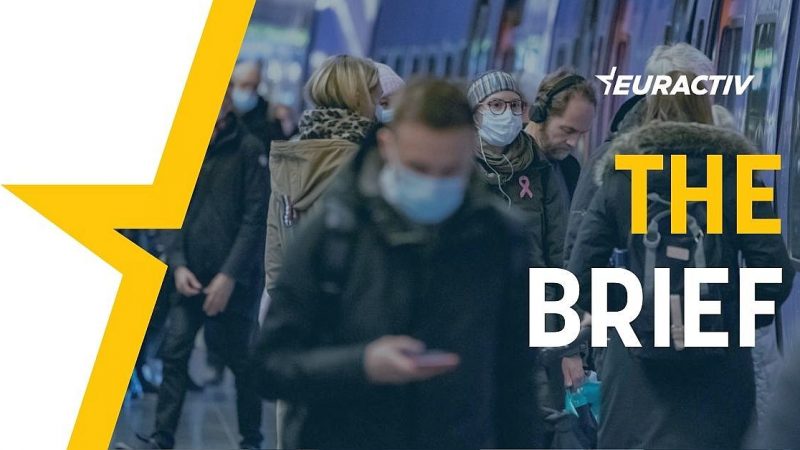 The idea of wearing face masks on public transport used to be anathema. The small number of people who did wear masks on the metro, at least in the UK, got odd looks, as though they were being insulting by refusing to share the same air as us.

Some can’t wait to throw their masks into the bin and return to the office, bar, live music, football matches and the rest. But after more than a year of differing degrees of lockdown, many people will blink nervously as Europe gradually removes social distancing and other COVID–related restrictions over the coming months.

In truth, returning to normality will be as challenging for some as accepting the restrictions, and the major limits on personal freedom they entail, has been for others.

UK premier Boris Johnson plans to scrap all remaining social distancing rules on 19 July, betting that, with most Brits double vaccinated, the country now has the herd immunity to withstand the Delta variant. Other leaders are in a similar process of easing measures.

But there are several reasons why a mad rush to life as we used to know it should be tempered with caution.

Firstly, the notion that coronavirus is gone or defeated is dangerous and fanciful. Most Europeans have not received both vaccine jabs and, while the numbers are far lower than before, thousands of people continue to die from COVID-19. Most of the scientific community expect more variants of the virus to emerge.

Rather than going back to the ‘old normal’, we are moving to a stage of living with the virus. That means being vigilant about washing hands and respecting social distancing for those who want it.

Besides, there is public support for some measures to remain in place.

Recent polling by Comres has found that while most people support ending the limits on private gatherings, they are far more cautious when it comes to removing the requirement to wear face coverings on public transport and in shops. In most cases, people think that face masks should still be worn in such settings

The survey also found a near dead heat on whether or not the public support no longer being required to socially distance.

Just over a year after boasting that he would keep shaking hands with people, Johnson now says he will wear a mask in crowded places “as a courtesy.”

That is precisely what it is. Even if we are getting to a time when wearing masks is no longer a public health imperative, wearing one and remaining vigilant is a reassurance to those who remain anxious about the pandemic.

After close to 18 months of lockdowns, disease, and death, showing courtesy and respect for the way others choose freedom is scarcely a hardship.

Champagne houses in France on Monday (5 July) issued a plea for diplomatic help over a new Russian law reserving the term “champagne” for Russian-produced sparkling wines, which led to a temporary interruption of supplies from the market leader Moët Hennessy.

France aims to invest nearly €1.7 billion in its 5G market, Industry Minister Agnès Pannier-Runacher and Secretary of State for Digital Cédric O announced on Tuesday morning while presenting the country’s 5G and future telecommunications strategy that is eyeing a 5G market worth €15 billion by 2025.

As always on Tuesday, don’t miss our weekly Transport Brief.