The Brief – The heavy price of indecision 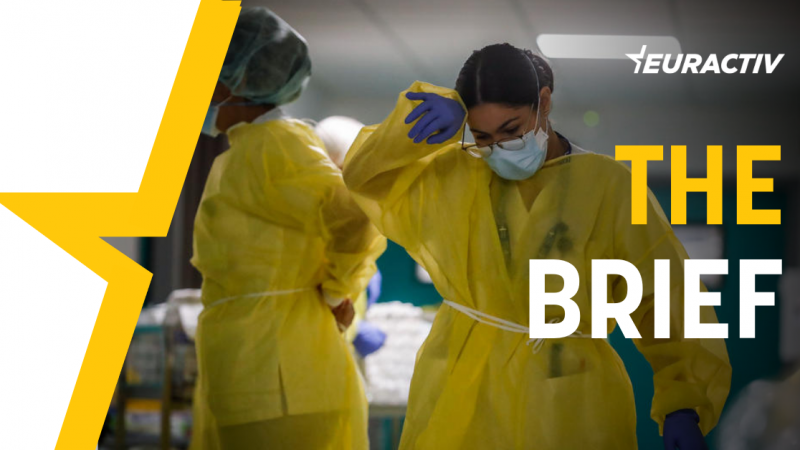 As governments tighten restrictions around Europe in a belated effort to halt the march of the Omicron variant, the question on everyone’s mind is whether another lockdown is coming after, or even before, Christmas.

While it is true that no one saw the first corona wave coming, it was possible to anticipate each one that followed.

Scientists advising Europe’s governments have been urging them to curb social gatherings before the new year for weeks, growing increasingly impatient as ministers soft pedal.

Take the example of the German Robert-Koch-Institut, which put out a statement on Tuesday (21 December), barely an hour before a crucial COVID-19 crisis meeting of the new German government, calling for much stricter measures “which should begin immediately”. In the end, the advice was not followed, much to their chagrin.

Governments, by and large, have chosen to follow public opinion, and impose the restrictions which are the most stringent that they believe tired and deeply frustrated populations can stomach.

The result, as we have seen, is that the tough restrictions needed are imposed weeks and months after they should have been, and at a greater cost, social, economic and loss of life.

As another crisis year draws to a close, it’s worth reflecting on the impact of the government indecision and lack of foresight seen over the past twelve months.

This applies to the two biggest challenges we face: climate change and the COVID-19 pandemic.

In both cases, many governments are opting for policies that they think the public will accept, rather than what is needed to protect lives and the planet.

Over the past year, our pandemic behaviour has fluctuated between compliance with the rules, rebellion, and all the shades of grey in between. This is entirely understandable.

Humans crave security and stability, and the pandemic, which has seen us living in or just one step away from crisis mode, strikes at the heart of this.

Meanwhile, a segment of our population simply does not believe in what is being communicated, either on COVID-19 or climate change, while a smaller but extremely vocal minority actively deny their existence.

Whether COVID-19 or climate, there is a difference between opinion and spreading fake news and conspiracy, namely that, as we have seen in this pandemic, it can kill.

And if there is one lesson from both, it is that we – as an enlightened society we purport to be – must stop indulging in conspiracy theory and stick to the facts.

In any case, our health team has you covered on all corona-related concerns.

In an exclusive interview, Margulan Baimukhan, Ambassador of Kazakhstan to the EU, discussed tensions between major geopolitical players, Central Asian cooperation, and his countries rich traditions in promoting international understanding.

Belarusian officers used migrants as pawns to attack the EU border, handing out axes and pelting Polish guards with stones. The investigation team of EURACTIV’s media partner LRT.lt has pieced together a chronology of events with exclusive witness testimonies revealing the scale of the Belarusian regime’s involvement.

Meanwhile, the European Commission launched an infringement procedure against Poland on Wednesday over rulings by the country’s constitutional tribunal in July and October that challenged the primacy of EU law over national law. Polish PM Mateusz Morawiecki rejected the move as “politicised”.

Dutch prosecutors on Wednesday demanded life sentences for three Russians and a Ukrainian charged with shooting down a passenger jet over Ukraine in 2014, killing 298 people. They said the defendants, who are all at large, helped supply a missile system that pro-Russian separatists used to fire a rocket at Malaysia Airlines flight MH17.

In other news, the EU’s 2022 promotional policy will encourage a shift to more plant-based diets after branding red and processed meat a cancer risk, a move lambasted by the livestock farming sector but welcomed by civil society who stressed the need for more innovation in the plant-based sector.

Despite new incentives to promote “green travel”, measures to decarbonise the EU’s study away programme, Erasmus+, remain weak and ignore knock-on effects, researchers warn. The 2021-2027 programme hopes to contribute to the green transition of the continent, but CO2 emissions caused by Erasmus mobilities are set to increase, according to a new report by the Erasmus Goes Green project.

Last but not least, check out the last Green Brief of the year for a roundup of weekly news.