The Brief – Travel in EU, the obstacle course 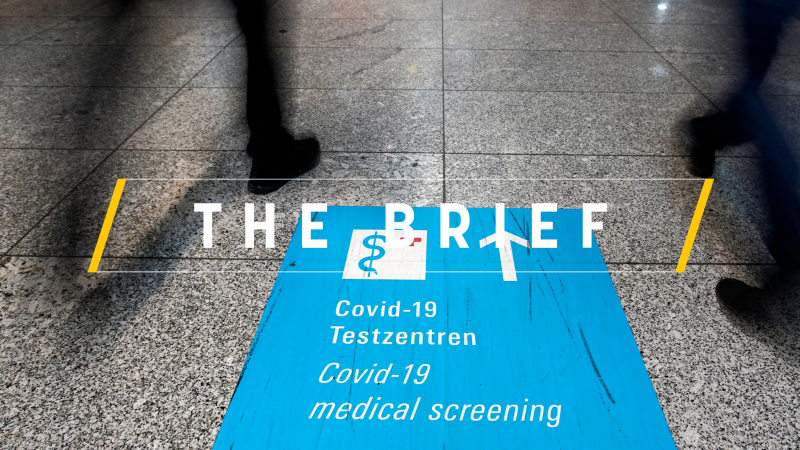 Travel has become a nightmare lately. In my journalistic capacity, I still do some travel in the EU during COVID-19, although sometimes I come to regret it.

Because every country has its own rules.

One requires that you bring a certificate for a PCR test taken in the last 72 hours, others – a more stringent 24 hours, or 48. Some countries don’t trust COVID tests made in other member states at all and ask you to take the test on their territory.

Basically, all countries require you to fill in passenger forms. The information in the forms varies widely. Some forms are online, others are on paper, in some cases you have to fill in both.

Be careful to download the right forms from the internet, because old forms and new forms continue to co-exist. Beware not to land without the proper forms: a nasty fine is the least that can happen to you.

Some countries ask you to take a PCR test upon arrival at the airport, and then another one in seven days. In addition to this, some ask you to quarantine for seven days upon arrival, while others require 14 days. A number of countries will want you to download and use a corona-tracing app, although it is not mandatory.

Some member states make a distinction between red and yellow zones, both in terms of countries as well as regions, although most of Europe is a big red zone.

Other countries don’t make any distinction or choose different colours (a red country is thus called a black country). In some countries, the PCR test is free, in others you need to pay for it, especially if it is travel-related. And sometimes the prices are quite steep.

Long forgotten is the time when Commission President Ursula von der Leyen vowed to harmonise the online passenger locator forms of all EU countries. It was a long shot anyway.

Now attempts are being made to agree whether people would need to produce a “passport” certifying their vaccination status: be it for travel abroad, going to a restaurant or to a fitness lounge.

Our bet is that some EU countries will issue such “passports” without waiting for a common decision and others may remain opposed to the idea, invoking a new type of segregation.

We can safely bet that the countries successful with their vaccination campaigns will push for such “passports”, while the laggards, such as France, will argue against the idea.

What is certain is that the countries with a more successful vaccination will have a competitive edge over other member states, economically speaking. Sending an expert abroad to do a job or an executive to conclude a contract would be much easier for those vaccinated and equipped with vaccine passports.

As someone who has lived under communism, I can say that the complexity of travel under COVID conditions reminds me of the times when people on both sides of the Iron curtain needed visas to visit a country on the other side.

It was complicated, burdensome and expensive.

During the Cold War, passengers felt at the mercy of the local authorities upon arrival, but also of their own country’s authorities upon return. You were made to feel guilty all the time. These days, we are having a similar experience.

COVID is likely to stay with us for quite some time, with all its variants, and this is why the EU countries need to agree on harmonizing rules and removing as much as possible the unnecessary burdens on travel within the bloc.

Too many constraints for travel, but also the absence of a level playing field, will inevitably unravel the internal market – the bedrock of our Union. We don’t want that.

There is enough evidence of systematic human rights violations to proceed with the case Ukraine lodged against Russia concerning administrative practices in Crimea between 2014 and 2015, the European Court of Human Rights decided.

Hungary’s government said it has reached a deal with China’s Sinopharm to buy its coronavirus vaccine, the country’s latest move to break away from Brussels as it tries to speed up inoculations to lift curbs on the economy.

The Spanish government is ready to approve before Friday an extension of temporary lay-off schemes put in place March last year to protect jobs for around 800,000 workers affected by the impact of the COVID-19 pandemic, particularly in the tourism and services sectors.

The Slovenian government said it had restored the financing of national news agency STA after Brussels warned against any attempt to pressure public media outlets.

Portugal’s minister for science, technology and higher education, Manuel Heitor, on Wednesday described space as a “critical resource” in the EU green and digital transition and in promoting “a new future for Europeans”.

The draft of Germany’s recovery plan promises that 80% of the EU recovery funds will go to climate protection and digitalisation, well above the EU’s requirements. However, Green MEP Sven Giegold has complained that only a quarter will go to future investments and most of the money is earmarked for old projects.

Germany is modernising its competition law to stand up to digital corporations. In the future, the Cartel Office will be able to act faster and tougher when companies dominate the market. Europe can learn from this.