The only way out is together 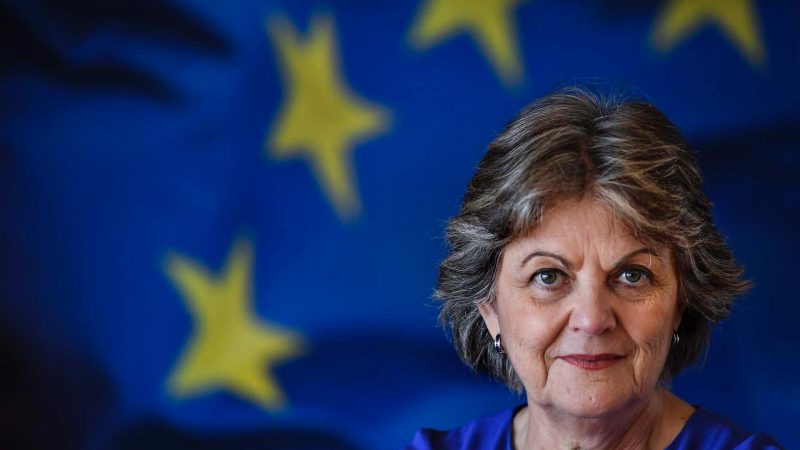 Protecting the EU's single market and Recovery Fund capable of delivering massive investment and promoting convergence are among the measures needed to ensure that EU countries recover from the coronavirus pandemic together, writes Elisa Ferreira.

Protecting the EU’s single market and Recovery Fund capable of delivering massive investment and promoting convergence are among the measures needed to ensure that EU countries recover from the coronavirus pandemic together, writes Elisa Ferreira.

Elisa Ferreira is the European Commissioner for Cohesion and Reforms

Europe has weathered crises before. Yet today, we are facing the biggest hit in decades to our lives, societies and economies. Never before in the Union’s more than 60 year existence has there been such a sudden and wide-ranging upheaval in our social and economic fabric.

In a number of Member States, health systems fight a daily battle against the tragedy of lost lives. Viable companies face bankruptcy, losing clients and markets. People fear for their jobs and livelihoods. Many have found themselves suddenly out of work. If back in 2008 at the time of the financial crisis we had to build a lifeboat in the middle of the storm, in 2020 we are sewing masks in the middle of the pandemic.

While full-scale emergency mode operations continue to be the norm and public health remains our overriding priority, this is the crucial moment for governments and policy makers across the continent to start shaping Europe’s path to economic recovery. There will be a tomorrow. Today, we need to do all we can to stop the virus, while mitigating its economic impacts; tomorrow we will need to relaunch the economy, while not undermining our efforts to contain the virus.

Public sector borrowing levels are increasing dramatically, as Member States grapple to provide a lifeline to people and businesses alike. This is a necessary, but not sufficient, fiscal response to the current state of emergency. EU level measures support national efforts to the maximum extent: by setting the right framework, by relaxing state aid rules, by activating the general escape clause of the Stability and Growth Pact, and by providing direct support through the reprogramming of EU funds.

The Coronavirus Response Investment Initiative has enabled us to mobilise every euro available under Cohesion Policy. We are providing immediate relief and financing for measures to cope with the crisis. Masks and ventilators are already being bought in Spain, teleworking and tele-learning supported in Italy, emergency support provided to SMEs in Czechia and Lithuania, and products relevant for the fight against COVID are being researched, tested and developed in Portugal.

However necessary, emergency responses entail risks in the mid-to-long term if not accompanied by appropriate and robust safety nets at Union level. Although the final impact of this symmetric external shock is still uncertain, it is already clear that there is a risk of asymmetric recovery. Member States and regions’ economic structures are very different, with some dependent on sectors which may take longer to recover, such as tourism, transport or culture. The rate and scale of the disease has evolved in different ways throughout the 27. Moreover, some regions and Member States have deep pockets to support their economy, others have hardly any pockets left and have exhausted the fiscal space for investment.

Pre-existing vulnerabilities and disparities tend to be exacerbated in times of crisis. In the oil shocks of the 1970s, many regions with service-based economies adapted quickly, thriving in the new reality, while some regions based on manufacturing struggled for decades or more. A similar pattern followed the financial crisis in 2008 – some regions bounced back, others have only just recovered more than a decade later. In both crises, long-term adjustment and loss of jobs were associated with political instability and a rise in populism.

EU-wide instruments will be essential to offset different national capacities. This is not an option but an imperative given the need to safeguard our greatest economic asset: the single market. Since its establishment, the single market is estimated to have increased EU GDP by some 8-9%. Its demise could cost some Member States up to 15-20% of their real per capita income. Its benefits greatly outweigh Member State contributions to the EU budget.

Several important steps have already been taken at EU level to respond to this crisis. The European Central Bank purchasing programme is a powerful commitment from monetary policy to shield the euro area. On the fiscal side, the SURE instrument will help to protect jobs and workers. Precautionary credit lines from the ESM, properly adapted to the circumstances, will support the financing of direct and indirect health expenditure. Strengthened EIB lending capacity will provide support to ailing firms. However, an extra element is urgently needed.

A Recovery Fund capable of delivering massive investment and promoting convergence is necessary to restart the economy and get it back on the growth track. It should be anchored in the seven-year EU budget, which is an expression of European common goals, decade after decade. A sizeable recovery fund, big enough for the current needs, and a reinforced EU budget able to promote sustained levels of public investment – these will be key for the repair, the recovery and the resilience of our Union.

This reinforced financial capacity should be based on budget-based innovative instruments that do not add to Member States’ debt. While lending is already available, through different instruments, targeted, quick and clever spending, through grants, has to be strengthened. This is where we need to innovate for a sustained economic recovery and a cohesive exit from the crisis

In this framework, place-based, regional solutions contributing to cohesion and convergence across the Union, with maximum financial support to the most vulnerable, are essential if we want to avoid the very real risk of asymmetric recovery and increasingly divergent economic development, between and within Member States. With the Corona response packages, Cohesion has proven once again its adaptability and relevance in crisis periods – as it did in many other occasions before. Nevertheless, Cohesion is a long-term transformational policy with a proven track record in promoting social, economic and territorial convergence. If in the emergency, cohesion policy’s role was important, in the recovery it will be essential.

In the path to recovery, Europe has one crucially important task: going back to the basics to lay the ground for the future. Going back to the basic principles of our Union, such as interdependence, convergence and solidarity, while moving our economic and social model forward and setting course for a more green, digital and equitable future. The only way out is together.