We must break the cycle of panic and neglect

By Stefan Oschmann and Wolfgang Ischinger 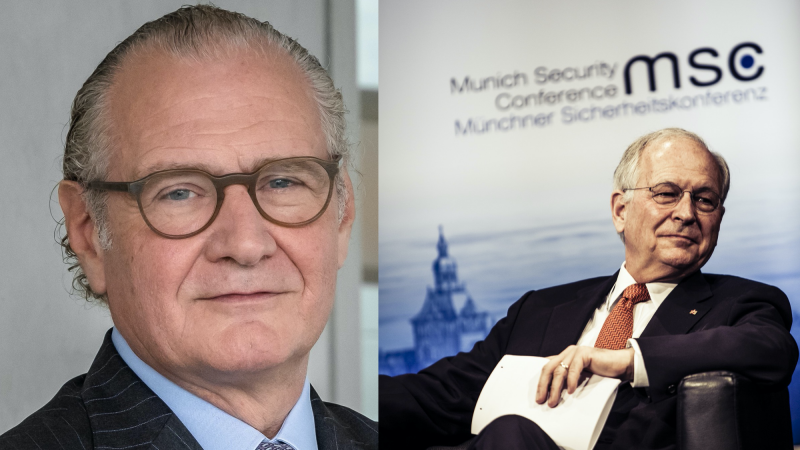 Health, global security and international stability are inextricably linked. And our globalised, urbanised and at the same time politically fragmented world has never been as prone to pandemics as it is today. Wolfgang Ischinger and Stefan Oschmann present five points that are critical in order to be better prepared for situations like these in the future.

Wolfgang Ischinger served as the state secretary in the German Ministry of Foreign Affairs and as the German ambassador in Washington and in London. Since 2008, he has been Chairman of the Munich Security Conference (MSC).

Stefan Oschmann is the Chairman of the Executive Board and CEO of the science and technology company Merck, which is a constituent of the DAX 30, Germany’s blue-chip index.

Together, along with other partners, they initiated the Health Security Series at the Munich Security Conference (MSC) in 2016. The series brings together experts and decision-makers and has been a permanent part of the MSC for the past five years. Other partners of the series include the Bill & Melinda Gates Foundation, GAVI, the Center for Strategic and International Studies and Johnson & Johnson.

The number of coronavirus cases as reported on the website of Johns Hopkins University continues to skyrocket. The International Monetary Fund is preparing the world for a massive recession.

Governments around the world have mobilized incredible sums of money in order to strengthen healthcare systems in the short term and to cushion the economic consequences of the crisis in the long term. Without a doubt, health crises can pose a serious threat to all of humanity, one no less serious than the dangers of atomic weapons, terrorism or the impact of climate change.

The fact that health, security and stability are inextricably linked is not a new realization. The devastating consequences of pandemics – from the plague to the Spanish flu – are a firm part of human history.

Yet they are still being massively underestimated – despite the fact that our globalized, urbanized and at the same time politically fragmented world has never been as prone to pandemics as it is today.

At the moment, the focus is on acute crisis management. How can a lockdown be managed? When and how can a return to normalcy be responsibly permitted? And what exactly will the new normal look like?

These topics are currently being widely discussed, and rightly so. With this article, however, we want to point out that it is also necessary to plan beyond this period. We should urgently think about the following five points:

First: Overall, the global community has not succeeded in breaking the cycle of panic and neglect that characterizes the way in which it responds to pandemics. No doubt, after SARS 2002/03, significant progress was made in the areas of pandemic preparedness, in research and development as well as in vaccine development.

Countries such as China have considerably strengthened their healthcare systems. Yet unfortunately, this was not enough. At the Munich Security Conference (MSC) in 2017, Bill Gates spoke about the sad irony that the global costs of a pandemic massively eclipse the expenditure needed to successfully prevent a global pandemic.

According to Gates, the cost of ensuring adequate pandemic preparedness worldwide is estimated at US$ 3.4 billion a year, while the projected annual loss from a pandemic could run as high as US$ 570 billion.

The amounts being called up right now for global crisis management show that at the time, these estimates were a rather conservative estimate of the potential follow-on costs. One thing is clear: Pandemic preparedness is an absolute must and pays off, not only in financial terms. There is no price as high as the one we are paying right now as a global community.

Second: If we want to seriously prepare ourselves for pandemics, then we need to have close collaboration between authorities and healthcare companies, the scientific community, and NGOs.

In particular, the public and private sector must cooperate even more intensively.

Since 2016, the MSC, with strong support from companies such as Merck and foundations such as the Bill & Melinda Gates Foundation, has been bringing together the security policy community, governments, international organizations, NGOs, research and private industry to discuss health security and pandemic preparedness topics as well as to work on joint strategies.

Pandemic preparedness calls for an inclusive and sustainable debate capable of ensuring that major risks emanating from health crises are not collectively neglected again after every new crisis.

Third: Countries and alliances conduct detailed planning for military defence, and rightly so. Similar mechanisms are also necessary with regard to pandemics, including ensuring that appropriate resources are available.

To put it clearly: No one would find it acceptable to send soldiers into battle without ammunition.

Equally, we must not accept a situation in which medical personnel do not have the appropriate protective gear when they need it most. And pandemic preparedness and the fight against pandemics must be able to rely on state-of-the-art systems to integrate data, in real-time as far as possible.

The high-tech approaches that have long been standard in the fight against crime and terrorism must also be used in healthcare – to protect everyone!

Fourth: The fact that the coronavirus pandemic is currently hitting the global community so hard has to do with the political and geopolitical changes in recent years. What we need more than anything right now is a coordinated and collaborative approach on the part of the international community.

However, in times of unilateralism, populism and decreasing trust – also in urgently needed scientific expertise – such an approach is particularly difficult. The withdrawal of the United States from the global stage is also being painfully felt in this crisis.

And the growing tensions and accusations between major countries, which we are unfortunately experiencing at present, will ultimately not help anyone.

Despite having been considerably weakened in recent years, multilateral organizations are a focus of great hope in these times – above all the World Health Organization (WHO). It is carrying out excellent work at a global level, as is the Robert Koch Institute in Germany. We should expand and foster their expertise.

Specifically, in addition to the “Responsibility to Protect”, there should be a “Responsibility to Report”, a globally binding obligation for all relevant institutions in all member states of the United Nations to report epidemics to WHO, as recently called for by Carl Bildt, the former prime minister of Sweden. There cannot be any more cover-ups!

Fifth: The crisis – and our response to it – will have serious long-term geopolitical and economic consequences. The world will be a different one, especially from a European perspective.

Rather than closely and continuously aligning efforts, EU member states have taken their own measures without coordination or any semblance of an overriding strategy. For example, internal European borders were closed, while flights from countries especially hard hit by the virus, such as China and Iran, were still permitted to land without restriction.

And the unwillingness to provide mutual assistance within Europe which we have observed until recently was not only worrisome, it will also damage the European idea.

If the EU and its members mainly leave it up to China and Russia to respond to urgent requests for international crisis assistance, a consistent EU foreign policy vis-à-vis China and Russia will certainly not be any easier after the coronavirus crisis. Not the best circumstances for a European Union with geopolitical ambitions!

Worse still, an EU that is not seen as a crisis manager will be just what the Eurosceptics were waiting for. If the EU wants to live up to its own aspiration of protecting its citizens – to be, in the EU Commission’s vision, a “Europe that protects” – it must play a part in crisis resolution.

The measures taken and discussed in recent days, particularly measures to protect the European economy, are a step in the right direction. However, it is also becoming clear that if the EU wants to establish a coherent and credible foreign and security policy, then core elements of our security cannot remain national prerogatives.

Health policy, as should now be clear to everyone, is one such core element. Competencies in the areas of prevention and emergency measures should be consolidated at the European level.

Like every crisis, the current outbreak also offers opportunities. Will we resolutely seize this opportunity to break the cycle of panic and neglect? We must create a stable global architecture for pandemic preparedness, and Europe should be one of its architects. The foundation must be laid now, while the crisis is still underway.