Croatia’s central bank governor Boris Vujcic told a business panel that the country’s GDP could fall by around 8% this year – compared to an estimated 9.7% percent contraction the bank forecast in July.

Speaking at a business panel, Vujcic said Croatia’s economy is expected to rebound by 6% next year, but warned it would not reach the pre-corona level before 2023.

Restrictions according to region?

The Croatian Istria County appealed to Austrian Chancellor Sebastian Kurz and Slovenian Prime Minister Janez Janša, urging them to reconsider the possibility of introducing selective measures for Croatia, on a region to region basis.

Istria County made the call because the epidemiological situation there, unlike in other Croatian regions, is very satisfactory.

“Since the outbreak of the pandemic, our county was among the first ones to introduce strict measures, which has resulted in a very stable epidemiological situation, “ wrote the county prefect in Istria’s appeal to Kurz.

In the county’s appeal to the Slovenian Prime Minister Janša, the signatories have emphasised the fact that the peak of the tourist season has been successfully managed, meaning Slovenian tourists would thus be safe.

Relaxing measures based on expert estimates

Croatian Prime Minister Andrej Plenković said on 8 September that the intentional calculated risk in relaxing virus measures enabled the reactivation of the economy and that the policy of reopening the country was based on expert estimates.

Asked by reporters on the margins of a convention of Croatian exporters whether the government’s calculated risk helped the tourism sector, Plenković answered that without the reopening of borders, there would not have been seven million visitors this summer and Croatia would not have achieved 50% of last year’s tourist industry turnover.

Had there not been a calculated risk, there would have been a total lockdown, the prime minister added, noting that no government is currently in favour of imposing a lockdown.

However, the intentional calculated risk did harm exporters, particularly as the surge in new coronavirus cases in recent weeks led some countries to put Croatia on their quarantine lists.

Commenting on the official extension of job retention measures and other forms of assistance to the economy affected by the coronavirus crisis, the PM said that it was important to provide fast and ample help, and the state authorities had done so this spring when many businesses had been hit by the crisis.

“Now we are calibrating the assistance, there are measures for micro-businesses, a shortened working week and assistance to the activities worst hit by the crisis,” said Plenković, adding that he believed his cabinet did the right thing.

Hundreds of people rallied in Zagreb’s main square at 5pm on Saturday (5 September) for the Freedom Festival protest against the country’s COVID-19 measures, claiming they restricted human rights.

Protesters carried banners which read: “Take off the mask, turn off the TV, COVID is a lie.” EURACTIV Croatia’s Karla Junicic takes a closer look.

Meanwhile, the Croatian Interior Minister Davor Božinović (HDZ, EPP), in charge of the coronavirus task response, has announced that the government will prolong the decision of limiting working hours of night clubs across the country.

This is due to the fact that the epidemiological situation in Croatia has not yet improved, he said.

Meanwhile, schools officially started on Monday (7 September) across Croatia, with 460,000 students enrolled in institutions, which are implementing epidemiological measures imposed by the Croatian Institute of Public Health. 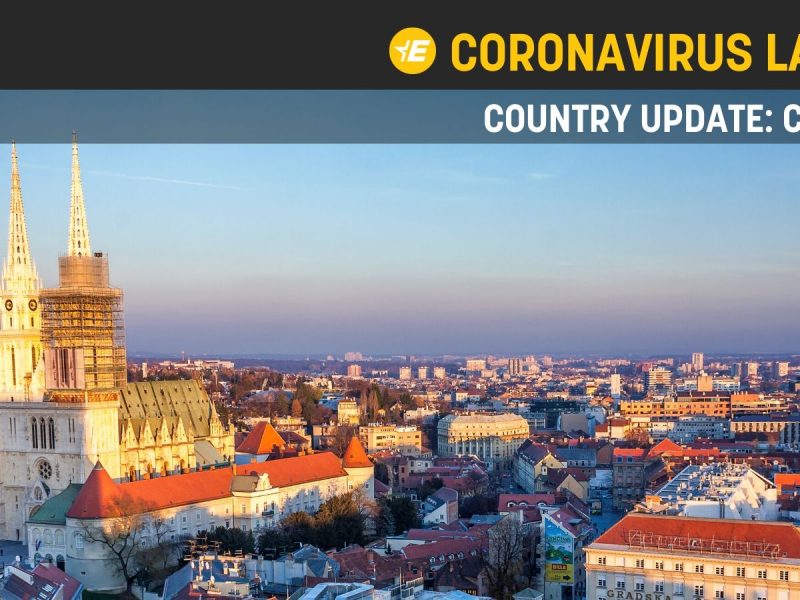