Starting on Monday, the Czech Republic will once again be in a state of emergency, which according to Health Minister Roman Prymula had to be declared to put in place new general measures.

However, Prime Minister Andrej Babiš and Interior Minister Jan Hamáček promised that it will not lead to major new COVID-19 restrictions, such as closing stores or limiting travel.

The COVID-19 pandemic which has spread heavily in the Czech Republic  is a great concern for the European Centre for Disease Prevention and Control (ECDC).

Among these countries, there is a growing number of people seriously ill and hospitalised, while mortality is either rising or likely to rise rapidly in the near future.

The concerns, announced by the agency on Thursday, are based on the rising spread of infections among the elderly.

The Czech Republic passed the 2,000-mark for daily COVID-19 cases for the first time after recording 2,139 new infections on 16 September.

Though most patients are experiencing no or only mild symptoms, the rise in new infections has seen an increase in  people needing to be hospitalised, which rose by one-third compared to last week.

Meanwhile, Czech health minister Adam Vojtěch stepped down on Monday (21 September) after three years in office and was immediately replaced by epidemiologist Roman Prymula who led the country’s Central Crisis Staff in spring and had, prior to his nomination, suggested that a return to a state of emergency should be considered.

“I want to create a new space for the resolution of the coronavirus crisis,” said Vojtěch.

In the middle of a second wave

The Czech Republic is experiencing a second wave of the coronavirus pandemic, confirmed Roman Prymula, former chief of Central Crisis Staff who is currently responsible for science and medical research, during an interview for Czech Television.

Prymula warned that the number of people hospitalised with COVID-19 would increase in the upcoming weeks and hospital capacities could be exceeded.

As the new school year starts to kick in again, older pupils at elementary schools and students at secondary schools are required to wear face masks, even during lessons. And bars and clubs across the country will have to close at midnight as is already the case in Prague

On 15 September, the number of new COVID-19 cases saw a new daily record 1,677 reported cases as the average person with COVID-19 is estimated to infect 1.59 others. An increasing number of countries are thus putting the Czech Republic on the list of high-risk destinations.

On 9 September, the Czech office of the World Health Organization (WHO) warned that “data shows elevated and growing levels of transmission across many regions and districts” as 1,164  new COVID-19 cases were confirmed in the Czech Republic.

Czech Prime Minister Andrej Babiš, for his part, continues to claim that the Czech Republic is still among the best countries when it comes to managing the COVID-19 health crisis, particularly as the number of coronavirus-related deaths – which is currently at 456 since the start of the pandemic – remains very low.

With regard to the WHO warning, Babiš even denied it. Besides, not only did he suggest the organisation “keep quiet”, he also criticised the international organisation, saying it “did not even know that there is a pandemic” and that it “had opposed facemasks” at the start of the crisis.

However, already on 9 September, Belgium and Germany had decided to place Prague on their lists of high-risk regions after the number of daily COVID-19 cases surpassed the 1,000-mark for the first time since the pandemic started.

That same day, Czech Health Minister Adam Vojtěch announced the reintroduction of country-wide obligations to wear face masks in indoor spaces, though this will not affect classrooms, while Babiš confirmed there wouldn’t be new economic measures as the country cannot afford them.

The Supreme Audit Office warned that the Czech Republic’s public finances could no longer be sustainable due to the coronavirus crisis.

Not only are the state budget’s expenditures very high, but revenues are also lower than expected.

Despite the fact that the audit office had also pointed out that state finances are not prepared for a time of crisis, the country’s finance ministry rejected such criticism, arguing that nobody was prepared to face such crises.

The government-appointed chief hygienist, Jarmila Rážová, has tested positive for the coronavirus and is now in isolation, the health ministry informed on 2 September.

Health Minister Adam Vojtěch was in contact with Rážová and therefore is in quarantine.

However, although Prime Minister Andrej Babiš met the chief hygienist on Tuesday, he said he would not have to go into quarantine because he was “sitting at a sufficiently far distance from her and the window was open”.

The opposition later criticised the Czech leader for being irresponsible. 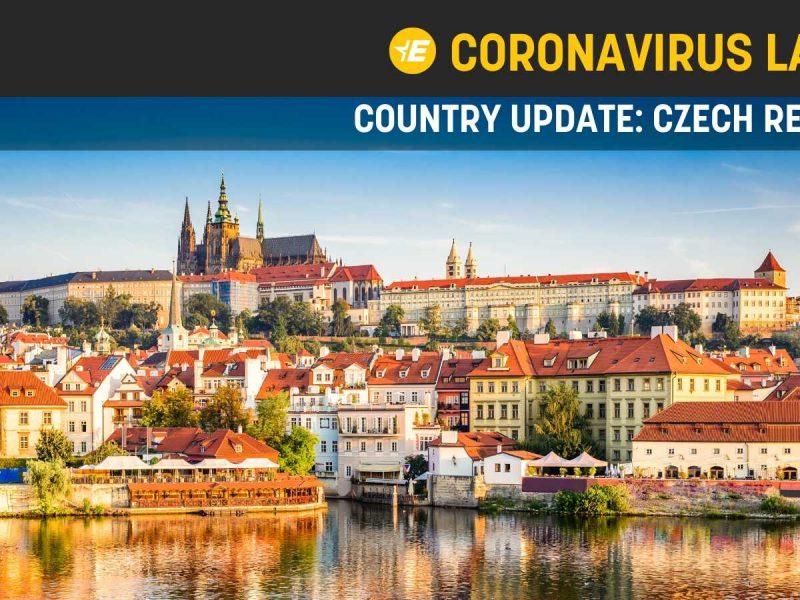