The French National Institute of Health and Medical Research (Inserm) has managed to recruit 20,000 people out of the 25,000 expected to launch clinical trials in France on COVID-19 vaccines under development, Libération reported.

The journal stressed that it was a great success considering that the campaign was conducted only through the press.

The platform was launched on 1 October after a request made by France’s ministries of health and of higher education and research.

A new version of France’s StopCovid app – which was first launched at the start of June – will be made available for download from 22 October, French Prime Minister Jean Castex announced yesterday (12 October) in an interview with France Info, when he also noted that “we are in a strong second wave”.

The app was only downloaded two million times compared to the respective 18 million and 16 million downloads of the German and British tracing apps. Castex admitted on 24 September to not having downloaded the French version

Towards a tough autumn

Economic activity in France could decline once again this autumn due to the recently imposed health measures, according to the latest economic outlook note from the French National Institute for Statistics and Economic Studies (INSEE), which also warned that  “forecasts for the end of the year are becoming more uncertain”.

This comes after the sharp rebound observed when measures were relaxed (+16% expected in Q3, compared to the 13.8% drop in Q2).

If, in Q4, the most affected services such as hotels and leisure activities were to return to June levels of activity and investment to a level close to that of Q3, “GDP would remain 5% below pre-crisis levels” and growth at zero.

And while France’s annual GDP could drop by 9% this year, 840,000 jobs are expected to be lost and the country’s unemployment rate could even reach 9.7%, according to INSEE’s predictions.

Following the resurgence of COVID-19 in Paris and its surroundings, the capital became a maximum alert zone on 5 October.

While bars will be closed from now on, a general ban on gatherings of more than 10 people in public will apply at all times, unless in markets and shops, COVID-19 testing centres, queues, demonstrations and funerals.

However, restaurants may remain open during the usual opening hours “subject to compliance with a new health protocol”. These new measures will be maintained until 19 October, according to the Paris City Council.

During his weekly press briefing on 1 October, Health Minister Olivier Véran said that were the current 11.1% positivity rate to remain for the region – compared to a 8.9% rate the week before – “we would have no other choice but to place Paris and the inner suburbs in a maximum alert zone, and this, from Monday.”

French President Emmanuel Macron confirmed during his visit to Riga at the end of September that it was up to “the government” to “take any additional measures necessary according to the evolution of the pandemic and each measure taken has a lifespan of fifteen days because this is the time that allows us to see its effectiveness,” he added.

In the presence of leaders of local authorities, French Prime Minister Jean Castex sealed the “method agreement” on 29 September signed on 30 July with the president of the French Regions, Renaud Muselier, a plan which should unlock €20 billion in investments.

While the president confirmed they were “finalising an extremely important stage, aimed at uniting forces in the face of the crisis,” the president of the regions called it “a real return to political confidence between the government and the regions.

France’s social security system is expected to have a €44.4 billion deficit in 2020, a record for health insurance and the old-age solidarity fund.

However, the Social Security financing bill for 2021, presented on 29 September, shows a smaller deficit than expected in June thanks to a better than expected recovery of the economy during the summer.

The forecasts announced a financing requirement of nearly €52 billion for the current year.

Rules concerning contact cases will be relaxed in nursery and elementary schools from 22 September, France’s education ministry has announced.

When a child is tested positively, his or her class can continue normally, and the other pupils will no longer be considered contact cases.

“The protocol for the identification of contact persons, their possible isolation, the possible closure of classes or even schools, will however be applied when there are at least three confirmed cases in the same class coming from different families”, the ministry has said.

A few days prior, 53 departments had exceeded the alert threshold, French Health Minister Olivier Véran told a COVID-19 press conference which will now become a weekly event, adding that local measures will be taken, access to tests will be prioritised and restrictions for children in school will be adapted.

The year 2020 will see a 10% drop in growth compared to the previous year due to the COVID-19 health crisis, France’s economy and finance ministry has estimated. However, the ministry also anticipates a 8% increase in GDP for 2021.

These macroeconomic forecasts have been submitted ahead of the publishing of the draft Finance Law for 2021 on 28 September. The public deficit, for its part, will rise to 10.2% of GDP, while debt will be 117.5% of GDP.

Medical staff who test positive to have expenses covered

In its decree, the government decided that health care staff infected by COVID-19 could have all medical expenses covered, as long as they fulfill some requirements.

While recognition for health care staff will be automatic if they have developed an acute respiratory disease caused by a Sars CoV-2 infection and have required ventilatory assistance such as oxygen therapy, or which resulted in death, others will have their case examined by two doctors.

Once recognised, all medical expenses will be covered and compensation paid. But the restrictions have been strongly criticised by the unions, who are particularly concerned about the complexity of the procedures for the other workers concerned.

In two decisions issued on Sunday (6 September) evening, the State Council, the French institution responsible ensuring that the constitution is respected, backs the right of authorities to make mask-wearing obligatory in areas with a high risk of COVID-19.

The State Council decision effectively endorses decisions made by the departments of Strasbourg and Lyon. This excludes physical or sporting activities and sparsely populated areas. 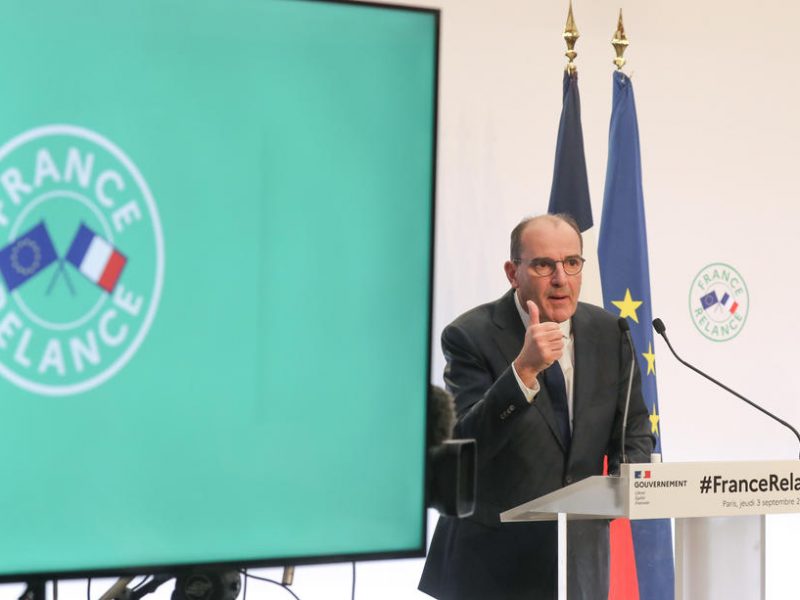 The general rules on the wearing of masks at work have come into force from 1 September.

Though employees will be able to remove the mask for a dozen minutes per day at their workstation, employers will be able to set the terms, depending on where the workplace is and what space is available at the office.

When it comes to outdoor workers, “the wearing of a mask is necessary in case of grouping or inability to respect the distance of one meter between people”, the health protocol states.