Doctors in Hungary are to receive a substantial wage hike as the country’s healthcare system is expected to be pressured by the increase in COVID-19 cases, Reuters reported.

According to the proposal, base salaries for medical practitioners and doctors would roughly double compared to current levels, the chairman of the Hungarian Medical Chamber, Gyula Kincses, confirmed.

The wage increases, which Kincses said would be front-loaded from January, would be implemented over two years, rising to the newly agreed levels by 2023.

Nurses, as well as other skilled healthcare employees should also see their wages increase at a similar rate, trade union MESZK has said.

In a statement, the union said that healthcare staff was overburdened both physically and mentally due to the coronavirus pandemic, and warned that it could compromise their own security, and that of patients’.

“An uncertain outlook has resulted in extreme tension among staff,” the statement said.

The Hungarian government’s economic policy is focusing on seven areas to mitigate the negative impact of the coronavirus pandemic and to put the economy on a fast growth trajectory, Márton Nagy, the Prime Minister’s chief advisor on economic policy, told the daily Világgazdaság.

Nagy also said that Prime Minister Viktor Orbán has set three main targets: restarting the economy after the coronavirus pandemic, protecting families, and developing rural areas, adding that all economic policy measures will have to be aligned with these goals.

Border restrictions to continue in October

“We believe that the lifting of the restrictive measures previously put in place at our borders would lead to a deterioration of the epidemiological situation,” said the counrty’s foreign minister.

Meanwhile, the average number of unemployed people in Hungary from June to August 2020 was 214,000, while the unemployment rate stood at 4.6% during the same period, according to data published by the Central Statistical Office (KSH).

Compared to same period for 2019, the unemployment rate increased by 1.2% while the number of unemployed rose by 58,000.

Not everyone has to quarantine upon return

Dual Hungarian-Romanian nationals and Romanians living in Hungary that voted in Romania’s local elections will not have to quarantine upon their return to Hungary, State Secretary of the Foreign Ministry, Tamás Menczer, has said.

The state secretary also highlighted the importance for all voters to participate in elections.

Though Hungary closed its borders on 1 September, voters and children travelling with them would be allowed to return to Hungary at any crossing point between 8 am on Sunday and 9 am on Monday.

PM convinced patients with COVID-19 will be cured

In a video address posted on Facebook, Hungarian Prime Minister Viktor Orbán said that experts expect the second wave to reach its peak around December-January.

“Everyone can rest assured, if they catch this disease, we will cure them,” Orbán said.

Hungary registered eight COVID-19-related deaths on 16 September, a figure not seen since May amid the rapidly increasing number of active cases, currently standing at 9,653.

The government will maintain international travel restrictions and bans on hospital and elderly home visits, clubs will have to close at 11pm and, and in addition to public transport, wearing a mask will now be mandatory in cinemas, theatres, healthcare and social institutions, and customer service offices.

And as of October, students and teachers will have to undergo a temperature check before entering school premises, where only they are allowed. Finally, the government also set the maximum price of a coronavirus test at about €55.

The government of Prime Minister Viktor Orban is planning to put in place a “war plan” to protect the lives of citizens while ensuring the continued functioning of the country, Orbán told a public broadcaster in an interview on 12 September.

“We do not want to introduce a curfew; we do not want movement restrictions. We want everything to happen as it normally should,” he added.

This comes as Hungary registered a record increase of 916 new cases on 12 September, meaning that the number of known active cases in the country has increased close to four-fold compared to the number of active cases at the height of the pandemic at the beginning of May.

Regarding the government’s aim to create as many jobs as the virus destroys first announced in April, the PM said “if you look at the numbers, you will find that we have kept our promise.”

Unemployment in Hungary rose by 5.3% in this year’s second quarter compared to the EU’s 2.7% average, according to the latest statistics released by Eurostat last Tuesday (8 September). Only Spain and Ireland presented worse figures.

Hungary’s GDP contracted by 14.5% compared with the previous quarter – while EU member states saw an average 11.4% drop – marking the country as the third most economically impacted country in the EU after Spain and Croatia.

Unemployment rose by 5.3%, compared to the 2.7% EU average, with only Spain and Ireland presenting worse growth rates of employment in persons, according to the latest statistics released by Eurostat on 8 September.

Closing the borders – not for Visegrad countries

Hungary closed its borders to non-citizens and non-residents from 1 September, amid a significant increase in new infections.

The country registered the historically highest number of cases on 30 August, with 292 new diagnosed in 24 hours, bringing the total number of reported active COVID-19 infections to 1,763 as of 31 August.

Czech tourists with previously booked holiday plans inside Hungary will also be able to enter the country after Czech Prime Minister Andrej Babiš asked his Hungarian counterpart Viktor Orbán to make an exception for his countrymen during the Bled Strategic Forum on Monday, hvg.hu reported. The “Czech example” was expanded to the rest of the Visegrád countries later after in-person meetings, foreign minister Péter Szijjártó announced late on Monday. 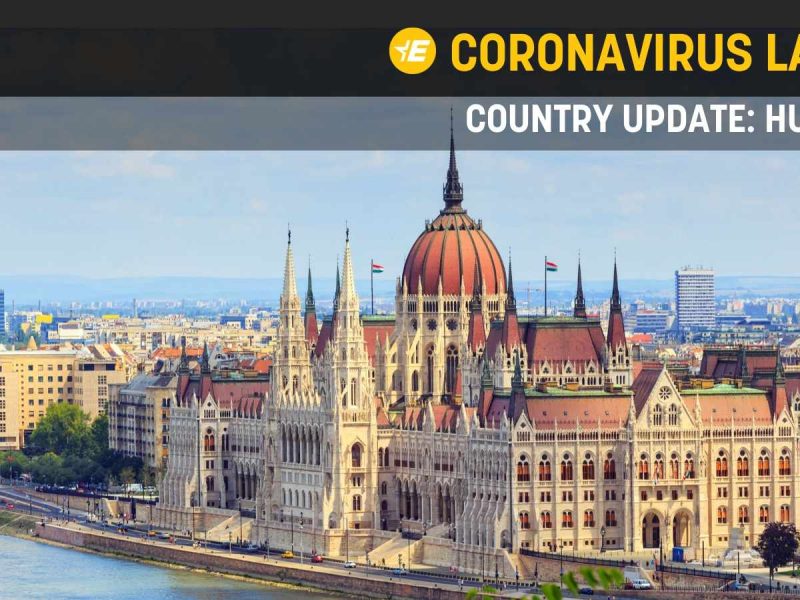 As of Wednesday (16 July), travellers will have to have …