Post-summer COVID news: Bucharest cafes, theatres and cinemas to close for at least a week as COVID-19 crisis worsens

Restaurants, cafes, theatres and cinemas in Bucharest will close as of 7 October for at least seven days, due to the worsening COVID-19 situation.

Event halls and concert venues will also close, but hair salons and casinos are allowed to stay open. Additionally, authorities made the wearing of masks compulsory in a 100-metre radius around every school in the capital.

This comes after Bucharest’s public health authority had proposed to close restaurants, ban private events with more than 50 attendees in restaurants or cafes, and make mask wearing mandatory near schools in the capital.

To kick off the week on 5 October, Romanian authorities banned religious pilgrimages and reintroduced the obligation to quarantine for people arriving from countries with a higher incidence rate than Romania.

Public health officials also announced that, depending on the incidence rate, some localities could be quarantined, while others – with a lower rate – could impose other restrictions. The country’s health authorities also called on companies to reinstate teleworking where possible.

Romanian Prime Minister Ludovic Orban went into quarantine after he came in contact last week with TV show host Silviu Manastire, who ended up testing positive for the virus. While the prime minister has tested negative for the virus, he confirmed he would be staying in isolation until 8 October, ten days after he participated in the TV show.

The elected mayor of Bucharest, Nicusor Dan, who also attended a talk show anchored by Manastire and participated at several events together with the prime minister, announced he will self-isolate until 9 October, but did not cancel a news conference on 5 October despite having found out about the infection the day before.

On 5 October, the number of COVID-19-related deaths passed the 5,000-threshold.

On top of that, more than 7,800 are currently hospitalised while the number of patients in ICUs reached 598, a record high. While Romania recorded a total of 135,900 COVID-19 infections, the number of daily infections saw a significant spike from mid-September.

However, authorities have said they would not revert to the state of emergency enforced in spring. Nationwide restrictions are not envisaged as the government said restrictions would only be enforced upon regions with a high number of infections.

Almost 300 projects were submitted by Romanian hospitals in a call for fitting medical units with medical equipment for increasing the capacity to manage the coronavirus health crisis.

The scheme was launched in May, with an initial budget of €350 million, but the 297 projects filed by end-September requested a total investment of more than €1.27 billion.

According to the Ministry of European Funds, the first 54 applications, worth €163 million, have already been approved.

When will parliamentary elections be?

The Romanian government scheduled the parliamentary elections for 6 December, but parliament had decided that MPs will exceptionally be setting the election date this year.

Some MPs have already said elections would be in March due to COVID-19.

The government’s decision comes at a time when the number of new COVID-19 infections passed the 2,000-mark for the first time in Romania on 30 September.

State of alert extended to mid-October

The Romanian government extended its state of alert by a further 30 days from 15 September until mid-October.

The government also eased some of the restrictions which are in place to limit the spread of the COVID-19 pandemic and lifted the prohibition on contact sports, according to local officials.

As Romania will hold local elections on 27 September, meetings, but also protests, can be organised, but they should not have more than 100 attendees.

On 16 September, Romania announced that the number of people tested positive within a day was the highest since the start of the pandemic as the country recorded 1,713 new COVID-19 cases. Still, President Klaus Iohannis said no new restrictions would be introduced but that people should respect distancing, hygiene and disinfecting procedures.

After six months of waiting, students in Romania will be attending classes for the start of the new school year as of 14 September.

Most schools in Romania will await their students for ”face to face” classes, while a few will only provide online courses and some others will implement a ”hybrid” system, with pupils rotating in classrooms.

The week before the reopening of schools, Romania’s authorities had said that courses would be held online if the number of COVID-19 cases were to pass a certain threshold.

The decision to open schools is not easy, but necessary, Romanian President Klaus Iohannis told a news conference on 9 September.

“There are just a few localities where courses will only be held online, while in others, schools will open in a ‘hybrid’ system, depending on epidemiological and logistical factors,” the president added.

Iohannis also encouraged parents to send their children to school and explain to them that, for a while, school will be “different”. 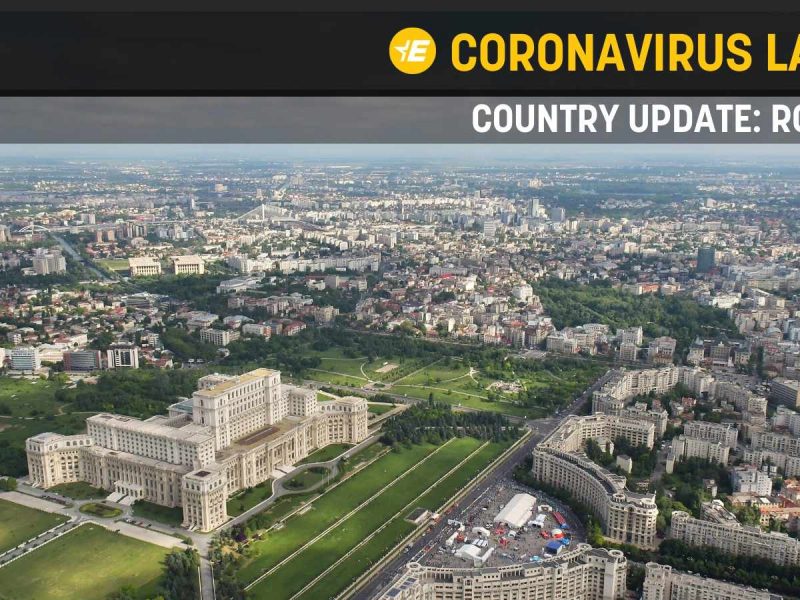