The Slovak government has approved the declaration of the state of emergency to fight the second wave of coronavirus that has hit the country harder than the first.

It should be in place in place for 45 days and gives the government the option to limit certain freedoms and movement.

Slovakia’s Central Crisis Staff has cancelled all mass events unless all attendants test negative for the virus. Weddings, funerals and christenings will not be cancelled, however.

Meanwhile, two major Slovak universities have announced their switch to distance learning only.

“We cannot forbid family events. But since the situation is serious, we recommend not to organise them,” the country’s top hygienist said. The government will decide on the state of emergency on Wednesday.

These new measures, however, were criticised by Slovakia’s Conference of Bishops. In a statement, the group says it hadn’t been consulted on the matter which it described as disproportionate.

“To order the clergy to stop celebrating can only be done by the bishops. This is not something the state can do without their consent,“ the statement wrote, though the state of Slovakia pays the clergy’s wages.

The government’s new measures also include the complete shutdown of all cultural, sports and conference events, including wedding celebrations (but not the ceremony).

Slovak IT company Nethemba has announced that it had flagged a critical vulnerability in the app providing information to the public on the pandemic situation.

This resulted in unrestricted access to personal data of some 130,000 patients who had been tested for the virus.

Among the data were unique identifiers, dates of birth, contact information and test results. The problem was reported to the government’s cybersecurity agency on 13 September and has since been fixed.

This means that those travelling back from there have to undergo quarantine and get tested. Students and commuters are exempted from this measure, however.

The number of people hospitalised for COVID-19 in Slovakia has exceeded the occupancy rate from the first wave of the pandemic as numbers reached almost 100 as of 9 September.

At the same time, new rules for mass events will enter into force starting Thursday (10 September), allowing a maximum of 1,000 people at a time for outside events and 500 for indoor ones.

Within the country, Bratislava has become a so-called “red zone” following a spike of cases of COVID-19.

In response to the rise in cases, the regional Public Health Authority office issued a series of new restrictive measures concerning mass events, including weddings, which further threaten the culture sector, already hard hit during the first wave.

From 14 September, a maximum of 100 people will be allowed to attend outdoor events, while no more than 50 will be permitted to take part in interior events.

Minister and chief hygienist in quarantine

Health Minister Marek Krajčí and chief hygienist are in currently quarantine, after one of the employees of the Ministry and member of the epidemiology consilium has been tested positive for coronavirus.

He has currently no symptoms and will be tested on Tuesday (8 September).

Meanwhile, Prime Minister Igor Matovič has not ruled out new broad measures, should the number of new cases rise above a certain threshold or if the community spread (untraceable) will be confirmed.

National Council Speaker Boris Kollár had to interrupt a parliamentary session this week after a group of MPs from neo-fascist ĽSNS refused to wear facemasks.

The group was asked to abide by the country’s COVID-19 measure which makes wearing facemasks in public spaces, including in parliament, mandatory.

The MPs from L’SNS, which is sceptical about the COVID-19 pandemic were expelled from the assembly for the day.

As of 1 September anyone returning from holidays from so-called “red countries” such as Croatia, France, Spain, Netherlands and Malta must undergo a 10 day quarantine or get tested after self isolating for 5 days. Should anyone return from high risk countries such as Ukraine or Serbia they must isolate until they get a test with a negative result.

Children and students will be returning to schools under strict hygiene measures on 2 September, such as compulsory wearing of a face mask.

While Hungary announced it will close borders with Slovakia among its other neighbouring countries starting 1 September, the representatives of Austria, Czech Republic and Slovakia agreed there will be no closure of borders among them. 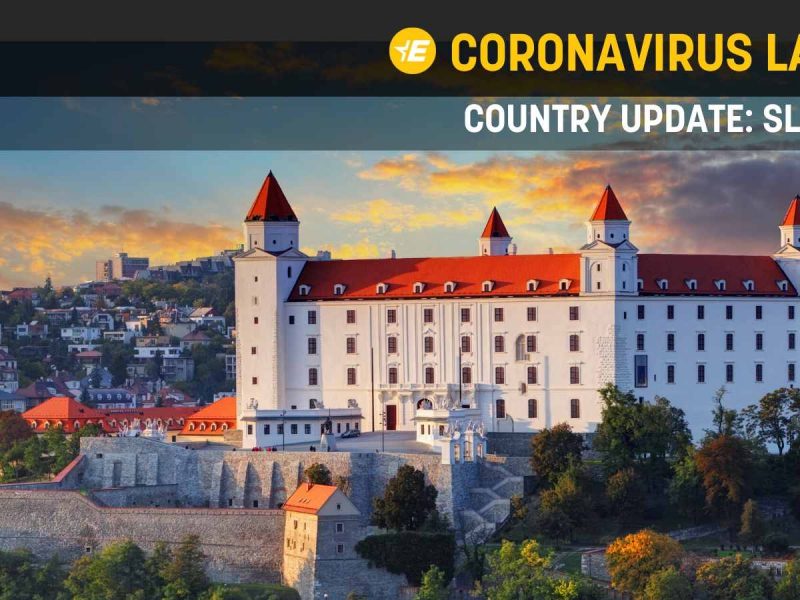