Scottish National Party MP Margaret Ferrier is facing calls to stand down from the UK parliament after admitting she had travelled with symptoms and after testing positive to the virus.

Margaret Ferrier said on 1 October that she made the journey by train from Scotland to Westminster because she was feeling “much better” but then returned home after getting a positive test result for COVID-19.

And then there were six

The number of countries in the UK’s ‘travel corridor’, under which travellers are not required to self-isolate has reduced to just six countries.

Poland and Turkey were removed from the exemption list because of increased COVID-19 rates.

Chancellor Rishi Sunak announced the new rescue measures as part of a ‘Winter Recovery Plan’ for the UK economy and workers to weather the effects of the pandemic.

The government’s furlough scheme, through which the state has paid employee wages since March, comes to an end in October and ministers had insisted that the high cost of the scheme ensured that it could not be retained.

Under the new Job Support Scheme, expected to cost £300 million per month, workers must do at least one-third of normal hours, and the government and employer will pay one-third each of the lost hours, ensuring that workers get three-quarters of their normal salaries for the next six months.

This comes after ministers were urged to offer continued financial support after UK Prime Minister Boris Johnson announced new restrictions on social gatherings, the imposition of a 10 pm curfew at pubs and restaurants as the UK faces a second wave of the pandemic. 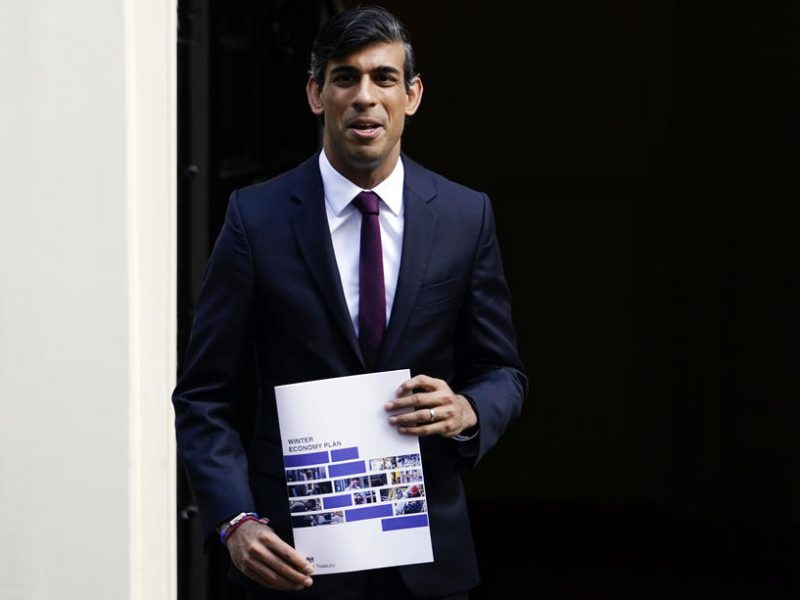 Boris Johnson’s government unveiled on Thursday (24 September) a massive new financial support package for businesses and employees, modelled on Germany’s ‘Kurzarbeit’ scheme, as the UK economy braces for six months of hardship from the second wave of the COVID-19 pandemic.

Pubs and restaurants ordered to close at 10 pm

Pubs and restaurants will have to close at 10 pm as part of a swathe of new coronavirus restrictions as the UK faces a second wave.

UK Prime Minister Boris Johnson warned that the new restrictions were likely to be in place for up to six months. Yet in Scotland and Northern Ireland, mixing between different households has been banned. After previously urging people to return to their offices, the government is now telling people to work from home wherever possible.

People should “summon the discipline and the resolve” to obey the new restrictions, said Johnson.

The new measures, which include urging people to work from home wherever possible, come just weeks after the government was encouraging people to return to their office and to boost the hospitality industry via the ‘Eat out to Help Out’ restaurant subsidy.

UK Health Minister Hancock told lawmakers on Tuesday that the UK’s COVID-19 testing service faced “operational challenges” which would take “a matter of weeks” to fix.

The government says that around 220,000 tests are being processed daily, with a testing capacity of more than 350,000 – including swab tests and antibody tests – and which the government says it wants to increase to 500,000 a day by the end of October.

However, test slots have been limited due to bottlenecks in lab processing of results from swab tests, leading to many people being offered tests hundreds of miles away from their home.

More than 3,000 new COVID-19 cases were confirmed in the UK on Tuesday (15 September) as the country sees a significant increase in infections.

No more than six

Social gatherings of more than six people will be illegal in England from 14 September in the wake of a steep rise in coronavirus cases, the government announced on 8 September.

The new legal limit will apply both indoors or outdoors but exempt schools, workplaces or COVID-19 secure weddings, funerals and organised team sports. The government’s scientific advisors have been concerned by a rise in infection rates among young people.

Preparing for the second phase

This is in case the EU and the UK are set to step up their ‘no deal’ planning for if the post-Brexit transition period ends in December 2020 without a successor trade agreement being finalised.

According to a Cabinet Office paper leaked to The Sun, the government’s ‘reasonable worst-case scenario’ prepares for the possibility of medicine shortages, and fuel and power shortages, while the military could be required to airdrop food to the Channel Islands and the navy utilised to prevent clashes between British fishermen and European fishing boats in UK waters.

Still, the government is wanting to get workers back to offices.

Ministers say that the sectors of the UK economy built around city workers, including office space and restaurants rely on people return to office life en masse, and have been publicly urging people to return to the offices.

However, there cannot be a return to normal office life in central London and other big cities as long as risks from the COVID-19 pandemic remain, the Bank of England has warned.

“It’s actually not possible to bring lots of people back very suddenly,” Alex Brazier, the Bank’s executive director for financial stability strategy and risk, told MPs on the Treasury committee on 2 September.

Burning bridges with France and others

The British government, wary of a second wave of coronavirus, has been removing countries from its safe travel list over the last few weeks based on infection data.

“Data shows we need to remove France, the Netherlands, Monaco, Malta, Turks & Caicos & Aruba from our list of #coronavirus Travel Corridors to keep infection rates DOWN,” Shapps said on Twitter. “If you arrive in the UK after 0400 Saturday from these destinations, you will need to self-isolate for 14 days,” he added. With Spain already removed from the ‘safe travel’ list, the UK is ‘burning bridges’ with countries that happen to be the first and second holiday choices for Britons.

In response, France said it would impose a reciprocal measure, French junior minister for European affairs Clément Beaune said late on Thursday (13 August). “A British decision that we regret and which will lead to a measure of reciprocity, hoping that things will return to normal as soon as possible,” Beaune said on Twitter at midnight. 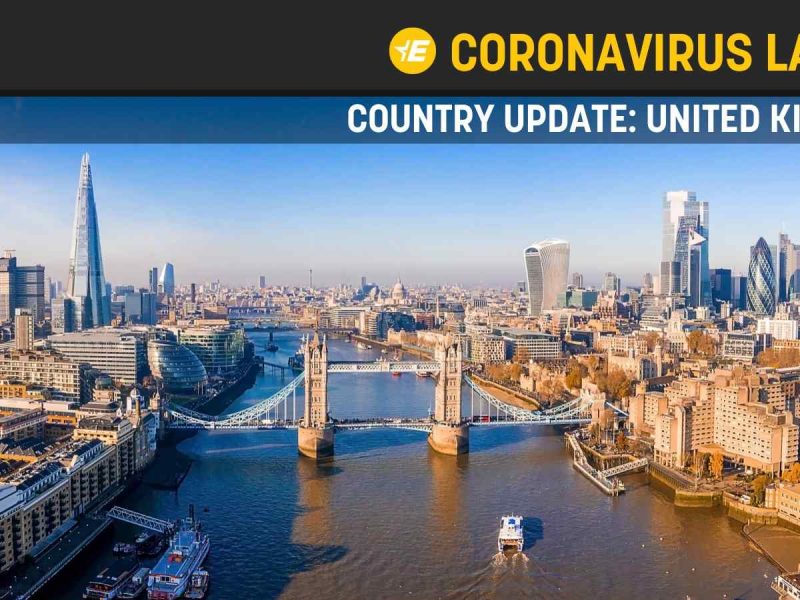 UK imposes 14-day quarantine on all arrivals from France, Netherlands, Malta and others