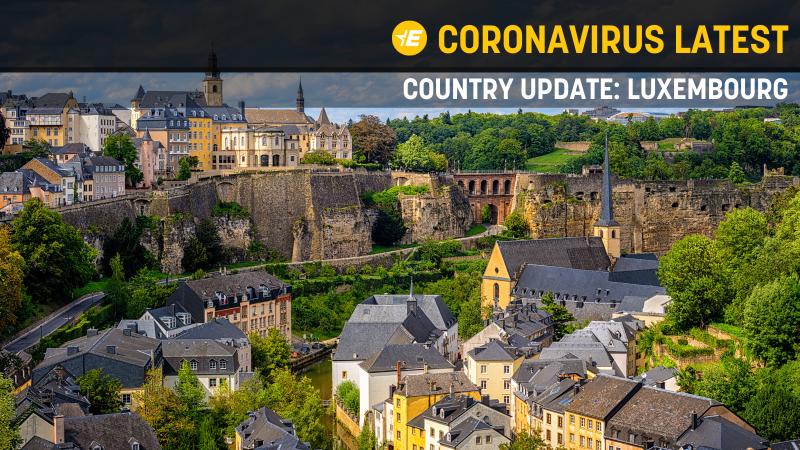 The EURACTIV Network provides you with the latest news on how the country is dealing with the coronavirus health crisis. [Shutterstock/Boris Stroujko]

Tracing measures revealed that a third of the new coronavirus outbreaks were detected in schools and colleges across Luxembourg in the week of 13-19 July.

“For the moment, it is still possible to manage the situation,” Health Minister Paulette Lenert told a press conference on 22 July. Considering that “44%” of the 684 new COVID-19 cases detected in the past week “were already in quarantine”, Lenert estimated that “the virus’ chain of transmission was broken”.

As the Grand-Duchy is facing a peak in COVID-19 cases and fearing a second wave, the country’s health ministry proposed a new coronavirus law with sanctions in case of infringement.

While only large gatherings currently have to respect measures such as two-metre social distancing, the wearing of masks and assigned seats for each attendee, the government is planning to extend these requirements to “any gathering” of more than 20 people. Besides, anyone testing positive for the virus will have to check-in with the Health Directorate within 48 hours and non-compliance with the rules could result in fines up to €500.

Luxembourg’s Prime Minister Xavier Bettel admits there will be plenty for his fellow EU leaders to fight about when they meet Friday to discuss a huge post-coronavirus recovery package. But, in an interview with AFP, he urged his “frugal” colleagues from the Netherlands, Austria, Denmark and Sweden to agree to provide grants – rather than loans – to their struggling southern neighbours.

“What’s the point of asking a country that we know very well will not be able to repay to take loans? It’s ridiculous. So we must also know how to give,” he argued. “Because today I am giving, but maybe after tomorrow I will be the one who will receive something.” (EURACTIV.com)

Luxembourgish MPs voted a new coronavirus law, according to which as of 18 July until 30 September, masks will be mandatory at any gathering of more than twenty people, including private ones, if guaranteeing a two-metre distance between attendees through seating turns out to be impossible. Police will not be allowed to monitor whether people in residential homes act in compliance with the measure, however.

The law was proposed by the health ministry, which initially proposed that anyone testing positive for the virus will have to check-in with the Health Directorate within 48 hours and non-compliance with the rules could result in fines up to €500.

Previously, Luxembourg’s Prime Minister Xavier Bettel expressed his worries that the Grand-Duchy may be facing a second wave. This came after the country reached a total of 5,000 COVID-19 cases and was labelled “orange” by both Belgium and Germany.

“We don’t know if it’s a wavelet or a real second wave. The wave does not become clear until it begins to break”, Health Minister Paulette Lenert has said. On 16 July, the parliament will vote on a new COVID-19 law. “If amendments are needed, we will make them,” Bettel said.

Also in terms of deaths, Luxembourg recorded its first death in nearly two months, the health ministry announced on 12 July. Because of the peak, Luxembourg residents were banned from entering a dozen European countries, including Belgium, Denmark, Norway and Latvia.

The newly discovered cases mainly involved young adults with an average age of 34, the country’s health ministry pointed out, insisting that the virus was mainly being spread through socialising.

In a parliamentary address about the pandemic on 8 July, PM Bettel said that “the collective effort and solidarity must continue.”

“There has certainly been a lack of consistency in some decisions because at the beginning of the pandemic a lot that was not known. We had to adapt,” he added.

Back to school or back at home?

Students and teachers from about 20 primary and secondary school classes have had to self-isolate at home again on 5 July due to suspicions of COVID-19 after children and teenagers returned to school in small groups from the end of May.

“If we had seen the virus spreading in the schools, we would have reacted immediately”, Education Minister Claude Meisch told RTL, maintaining that students and teachers had been in contact with infected persons within their family circles.