Estonian Prime Minister Andrus Ansip sat down with Digital Editor Samuel Stolton to discuss a range of issues such as disinformation, the European elections, and copyright. [EPA/SEPPO SIRKKA]

Michel Barnier’s room, for example, is proudly adorned with photographs of his time working on the 1992 Winter Olympics in Albertville. A copy of a Churchill biography is strategically placed on his coffee table.

The room is identical in style and layout to all the other Commissioners’, but Ansip’s is altogether more minimalist, without pomp or pretence.

Offering me a chair, he points at the window and says jokingly: “All the mountains, the countryside, the beautiful view”, referring to the scenery outside, made up of EU institutional buildings.

Standing as an MEP

Before becoming prime minister of Estonia in 2005, he was the finance minister as well as mayor of Tartu. He first entered European politics as an MEP in 2014 before taking up his current post as head of the digital single market.

He is now seeking to return to the European Parliament by standing in the upcoming May elections.

“I was a member of the European Parliament before, for a very short period of time, and then I started to work as a Commissioner,” he said.

“Now, I will ask for a people’s mandate. I would like to ask the people of Estonia what they think about my job here in Europe.”

Ansip, who will represent Estonia’s liberal Reform Party, is also well aware of polls that suggest the new Parliament will swing to the right.

“If I obtain a seat in Parliament again, I will promote liberal values. Liberalism, for me, is about Hayek, about Friedman,” he said, referring to the classic 20th-century economists. 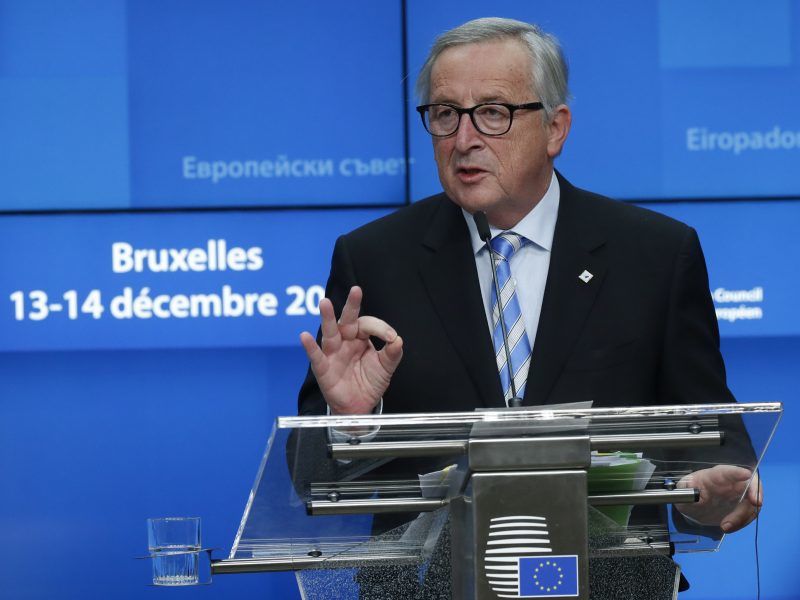 Concerns of a swing to the right are being exacerbated by worries over malicious disinformation campaigns in the run-up to the ballot, an issue Ansip is all too familiar with.

“Europe is at risk. We all know that those pro-Kremlin information channels are well financed. €1.1 billion a year, it’s quite a remarkable amount of money.”

“We also know that in this ‘troll factory’ in St Petersberg, they have around one thousand full-time workers.”

Ansip added that the EU does not have enough muscle to counter the Russian disinformation machine.

“We have our East StratCom Task Force. Fifteen people. A new budget of €5 million. It’s not enough.”

The East StratCom Task Force is the EU’s communicative branch in the Eastern neighbourhood of the bloc, which aims to promote European values while highlighting predominantly Russian-led disinformation campaigns.

“We are not trying to build some sort of propaganda machine, to copy this Russian model,” Ansip said. “Our main aim is to protect our democratic societies and elections, as well as freedom of expression and free media.”

Asked if the Commission may have a blind spot from concentrating so much on fake news emanating from Russia, the Estonian insisted that “we have to talk mainly about Russia. Democracy means that there has to be a level playing field. We can’t be naive.”

Last year, the Commission announced its Action Plan on Disinformation, which includes the code of practice against disinformation, a voluntary framework that aims to stamp out the spread of fake news online. Signatories to the code include firms such as Facebook, Google and Twitter.

A first review of the effectiveness of the code is due to be released late January. But many are wondering what could happen should the review reveal that the platforms’ efforts have been futile. Would the Commission consider regulation?

“It always has to be a possible option. However, it is my understanding that social media platforms are taking issues related to people’s trust very seriously. If they lose people’s trust, then users will switch to something else.”

Ansip continues to talk about how Russia developed the courage to intervene in the democratic processes of Western states during the Cold War, as part of its ‘Active measures’ initiative.

“President Reagan said ‘enough is enough’ and he decided to invest remarkable amounts of money to deal with disinformation. But after the Cold War, we thought that ‘it’s over’, that we could forget about the problem of fake news.

“But that is not the case today. The problem is that nowadays, it’s possible to have a strong influence on public opinion in a short period of time in order to manipulate people.”

From Russia, we segue into the issue of China and current worries over the cybersecurity risks surrounding the telecoms giant Huawei. At the end of last year, Ansip said that “ordinary people” should be “afraid” of Chinese companies such as Huawei.

“When I made my very ‘soft’ statement about Huawei,” Ansip says, “I was thinking of risk-assessment, which we need to do much more of.”

“We also need to talk about reciprocity,” he adds, pointing to a Lenovo laptop on his desk. The firm is a Chinese multinational.

“We know that in China it’s impossible to use some kind of hardware or software produced outside of China on the level of state institutions. So where is this reciprocity?”

“What are they afraid about? European producers? Why? And then why are they surprised we are concerned with their products.”

Ansip goes on to say the recently adopted Cybersecurity Act, which provides a voluntary certification framework for cybersecurity products, can help but that some member states “don’t take cybersecurity seriously enough”.

The importance of copyright

Another major – and controversial – topic is copyright, a directive that has faced setbacks during inter-institutional negotiations. The legislation aims to ensure that producers of creative content are remunerated fairly online.

The final trilogue, that was due to take place on Monday (21 January) was postponed due to a failure to find an agreement amongst ambassadors last week.

“This is definitely important for the Romanian Presidency, the European Commission, and for me,” Ansip says.

Heavy lobbying has accompanied the copyright directive since its inception. In a recent interview, the vice-president of Google News suggested to EURACTIV that its services may be pulled out of the EU should the legislation be adopted.

The two most controversial clauses are Article 11 and Article 13. The former obliges internet platforms that post snippets of information to contract a license from the original publisher while the latter will call upon internet platforms to create filters that monitor user uploads to ensure copyright isn’t breached.

“When talking of Google and Article 13, it’s about YouTube and it’s about money,” Ansip says.

“All content creators have to be fairly remunerated. Everybody is expecting to get paid justly for their work.”

Ansip appears to acknowledge the need to find innovative ways of generating income for artists.

“I’m sure content creators are happy with their work being shared widely online, but they are also in need of supporting themselves and their families. We are close to reaching an agreement and this is definitely needed.”

“We must protect our creators,” he said.