Linda Cogruedo Steneberg, Director at the the European Commission’s DG Connect , revealed how the EU executive is trying to extend broadband coverage and democratise the internet, as well as protecting our privacy as hacker attacks become more commonplace. EURACTIV Spain reports.

Linda Cogruedo Steneberg is Director for Cooperation at the European Commission’s DG Connect.

She spoke to euroefe’s Fernando Heller.

Hackers are making European citizens feel more vulnerable. What is the EU doing to tackle them?

Digital threats have no borders, and this is why Europeans perceive an increased insecurity. The Commission proposed measures (including a cybersecurity agency) to fight them and ensure citizens can surf the net safely. Our proposal is ambitious and needs participation from all member states. On cybersecurity, there is little that a single member state can do alone to tackle the threats of cybercriminals, whose methods are constantly changing.

We are looking at a specific response plan to cyber attacks, because in the last few months there has been an increase around the world, and Europe is not immune. This year we experienced two particularly serious ones. And if we compare 2015 with 2016,  cyber attacks increased by 300%.

Today the web looks like an incredibly porous and transparent place. Can we trust it?

Of course. EU citizens can be assured that their sensitive data is being protected. On the thorny issue of data protection, the EU has a new regulation which is very advanced and entered into force this year. These laws guarantee the complete privacy and safety for EU citizen data.

Our laws are so advanced that many countries are trying to incorporate similar provisions into their own national legal systems.

At the same time, we also proposed that personal data flow freely within the EU, Why? Simply because if we are to achieve a Single Digital Market, we need to share personal data freely among us.

On the issue of safety, having your data stored on a server in your country is not necessarily safer than having it stored in another, more advanced server in another EU country.

We also have to take into account technical issues, for instance, if the communication is encrypted or not. This is as relevant as the physical location of the data. 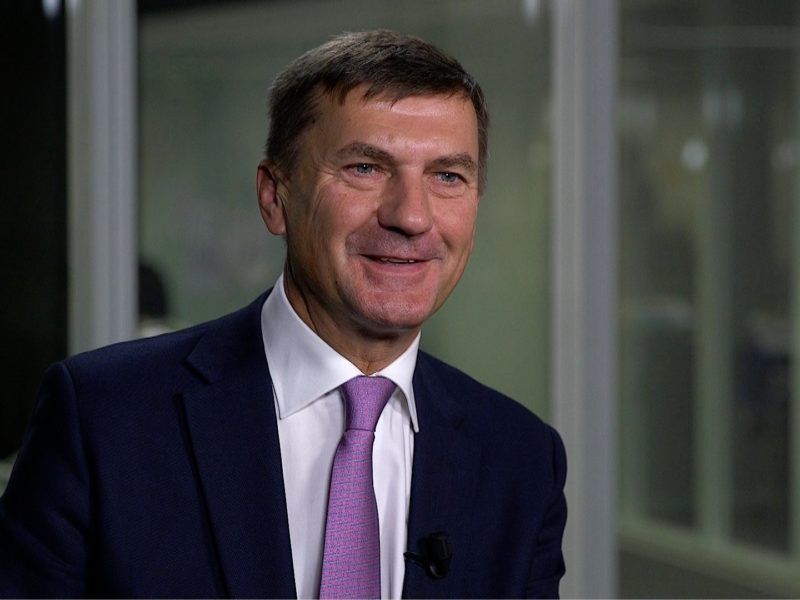 Jobs could be more secure and better paid because of the European Commission’s new proposal to guarantee the free flow of data between EU countries, Andrus Ansip said in an interview.

Should citizens always be alert?

Peace of mind comes, in this as many other domains, from a mixture of common sense and carefulness. EU citizens can feel safe if they follow the rules and are careful when sharing their data. We need to be responsible about our data, which could become a highly profitable product if it fell in bad hands.

In all the activities we carry out on the internet we have to verify the origin and ensure the reputability of the source before clicking send.

What has been achieved since 2015, when the EU’s Single Digital Market was launched?

Europe is moving in the right direction. The Commission has put on the table everything that it promised in May 2015. Now these initiatives have been announced. And it is not little for a two years period: data portability, the abolition of roaming charges.

But we still need to do a lot. If the Parliament and the Council of Ministers do their part, the final objective is that all these initiatives will be ready by the coming year. We are under pressure, and we still have four legislative dossiers on the table in DG Connect, and another one will be added before the end of the year. It is a lot.

The internet has become an indispensable tool in almost all areas of life, but there are still “dark areas” that have no access to broadband or very slow internet. What is Brussels doing to democratise the web?

We are working on this, both within our research programme Horizon 2020 and through the “Connecting Europe Facility” (CEF). Both aim to extend broadband coverage to all corners of Europe, including the most remote.

We are thinking of new legislative proposals for the period after 2020. We are worried that some areas of Europe are still without internet in 2017. We also proposed the Wifi4EU program, that seeks to cover the largest possible coverage, with a focus on small villages and regions of Europe.

A few years ago, a Finnish ITC company used the slogan “connecting people”: is it still the ultimate objective?

Without commenting on marketing choices, I think it is still a valuable objective, and it surely is one of our ambitions. Democratising the benefits and opportunities derived from digital tools is a key issue.

Nobody in Europe should be isolated. The Commission must work to this end. But it is necessary that member states and business also cooperate. Optical fiber, for instance, is costly to deliver. With a EU bufget of only 1% of the EU member states’ income, it is very difficult to achieve.

We can invest into initiatives that act as leverages (the Juncker plan, for instance) and that attract others to join the effort. We can launch initiatives like the Broadband Fund, but we can’t achieve it by ourselves. We aim to connect all Europeans. With a faster and safer connection.

Has the Juncker Plan really boosted investment in Europe?

The Juncker Plan has put an end to Europe’s “investment breakdown”, according to the European Commission President. But many of its projects are no different to those normally financed by the European Investment Bank. EURACTIV’s partner La Tribune reports.