The new centre will would centralize the European cybersecurity technological and industrial ecosystem and pool resources in the field. [Shutterstock]

A selection of EU member states has recently put forward their candidacies to host the new cybersecurity hub, which would centralise the European cybersecurity technological and industrial ecosystem and pool resources in the field, as a means to bolster the bloc’s resilience in the face of increasing cybersecurity threats.

The centre would also work alongside a network of national competence hubs in leading research efforts in the field of cybersecurity.

Spain has proposed the city of León as their candidate, competing against cities including Brussels, Munich, Vilnius, Luxembourg, Bucharest, and Warsaw.

Spain’s secretary of state for digitisation and Artificial Intelligence, Carme Artigas, spoke to reporters on Thursday (19 November) about her country’s priorities should León be successful in its bid.

“Spain will be the first country in the EU in deploying 5G,” she said. “And 5G cybersecurity is the most relevant issue we need to face as a European Union. It has to do with our future European digital sovereignty.”

In recent months, the European approach to 5G cybersecurity has become fragmented. Certain nations have adopted more rigorous approaches in securing their next-generation telecommunications networks, as part of a wider US-led campaign against the inclusion of certain Chinese vendors, such as Huawei and ZTE, in 5G infrastructure.

In this climate, bilateral agreements to cooperate on 5G cybersecurity have been signed between the US administration and Poland, Estonia, Latvia, Czech Republic, Slovenia, Bulgaria and Slovakia.

The UK and France have limited the future involvement of high-risk vendors in their future 5G networks, and Sweden’s telecoms regulator PTS recently attempted to impose an outright ban on Huawei and ZTE, to which the former appealed and Stockholm’s administrative court suspended the ban.

Poland, which has also put forward Warsaw as a contender in the race for the new cybersecurity centre, published its draft cybersecurity law, proposing news risk-assessment criteria, which Huawei fears could lead to a de-facto ban of its equipment in the country’s 5G network infrastructure.

The bill states that telecoms firms in the country would not be able to purchase equipment from ‘high risk’ vendors, and would have to replace existing equipment provided by that specific supplier within five years.

In response to the move, Huawei penned a letter to the EU’s Vice-President for Digital Margarethe Vestager, accusing the country’s plans of being ‘contrary to the fundamental principles of the EU.’

The Spanish approach to 5G security

For Spain however, a unified EU approach is the best way forward in the field of 5G cybersecurity.

Manuel Muñiz, secretary of state for Global Spain, noted how the country’s forthcoming 5G toolkit would be aligned with the EU toolbox on the security of 5G networks, which the Commission presented earlier this year.

In January, the EU executive tasked member states with assessing the risk profile of telecom providers, with a view to applying restrictions for those vendors considered to be high-risk. An update on the measures is forthcoming.

“We’re very aligned with the toolbox that has been produced. And we’re now looking at ways of bringing that into our national normative and strategic framework,” Muñiz said.

However, this would not necessarily mean that Spain would seek to adopt measures similar to the UK or France and alienate certain providers, said Nicolas Pascual De La Parte, Spain’s special ambassador for cybersecurity and hybrid threats.

“Cyberspace shouldn’t result in segregating the international community. Spain is in favour of a free, secure, inclusive, and fair access to cyberspace.”

“And that’s why we will consider any kind of providers on their merits, taking into account the need for privacy and the security of communications,” he said.

Span’s emphasis on connectivity and a robust track record in 4G capacity building, as well as the rollout of fibre optic infrastructure, plays into the country’s priority of territorial cohesion, Carme Artigas said on Thursday.

“For many years, Spain has been boosting the economic development for small and medium-sized cities to promote territorial cohesion, and to generate wealth in our regions,” she said.

She added that the 2006 establishment of Spain’s National Institute of Cybersecurity in León meant that the city has already developed a vibrant cybersecurity internal ecosystem of companies, research centres and universities.

“León is already home to 20% of Spanish industrial cybersecurity laboratories and is the third biotech centre in Spain. We also provide their high-performance computing capacity in the city,” Artigas said, adding that the country’s candidacy is the only one from southern Europe and the only non-capital entry on the list.

“We want to send the message that investment in technology can be outside the main cities and inside the centre of Europe,” she said.

In other candidacies for the seat of the new cyber centre, Polish Prime Minister Morawiecki wrote to EU nations earlier this week, rallying the cause for Warsaw.

Others in the running submitted their applications to the Commission in early November. The Commission will carry out assessments of each application before they are presented to EU ambassadors for unanimous approval on 9 December. 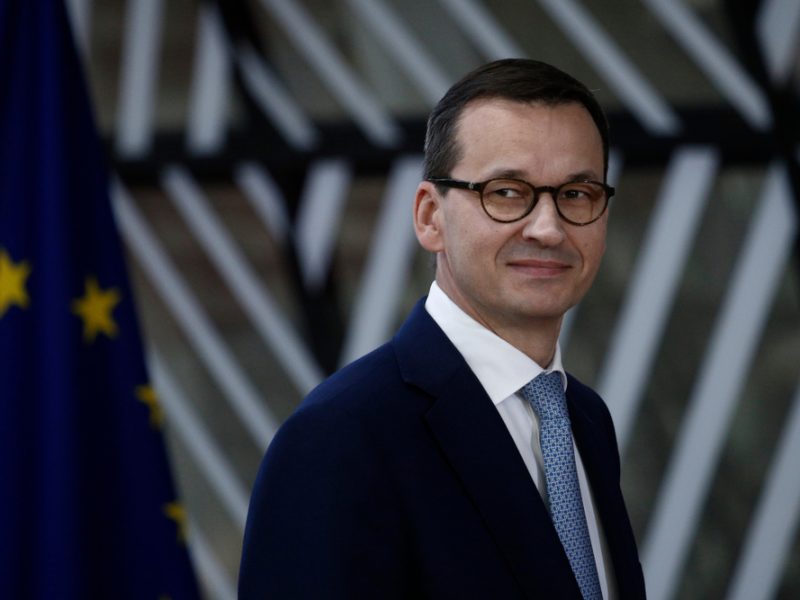