The Brief, powered by The International Bromine Council – Warning from a ghost in the machine: European elections face imminent threat 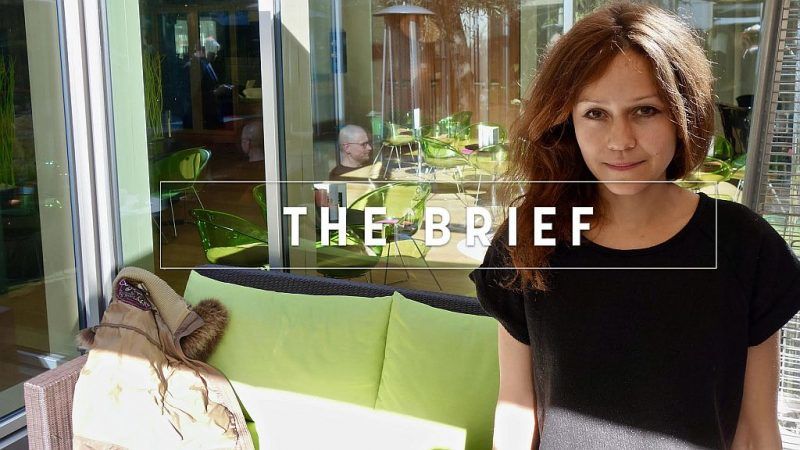 Lyudmila Savchuk is a diminutive Russian in her mid-30s. There is a perceptible fatigue patterned across her face as she sits in the lobby of a mid-range Brussels hotel which normally accommodates Eurocrats and political officials.

We are a world away from the St. Petersburg troll factory where she went undercover in 2015, churning out anti-Western propaganda.

The factory is more popularly known as the Internet Research Agency (IRA). It was brought into public awareness after Robert Mueller’s Federal Grand Jury indicted it for its alleged interference in the 2016 US presidential election.

The IRA operates solely for the purpose of creating a deluge of content with the aim of influencing the voting intentions of an innocent public.

The agency’s interest, Savchuk tells me, will now turn to next year’s European elections.

“I don’t have any doubt that there will be threats to next year’s European elections,” Savchuk says. “But the Internet Research Agency is just the tip of the iceberg, there any many more tools available at its disposal.”

“I am convinced that they are going to do much more than what they have already done.”

There were hundreds of workers, hunchbacked over computer screens, spewing out fake social media accounts and blog posts designed to provoke anti-Western sentiment. Employees at the factory were for the most part males in their mid-twenties, buoyed by the pride at serving their country.

They were encouraged to design social media profiles as believable as possible, with an injection of as much personality as is necessary to be indicative of the thoughts, feelings and emotions of a real human being.

Savchuk’s intentions were altogether different during her time spent working at the factory, which has since moved to larger premises from its original location at 55 Savushkina. She was an undercover journalist, seeking to expose the improprieties of the Russian state.

“The factory would work non-stop. Shift patterns would be 12-hours on, 12-hours off,” Savchuk says. “My department was tightly controlled, everything was recorded, and there were cameras everywhere.”

Disinformation was also on the table as part of a High-Level Conference on Election Interference, where EU Security Commissioner Julian King quoted Abraham Lincoln, saying:

“The ballot is stronger than the bullet….Even though today’s cyber bullets are becoming more difficult to stop.”

The two-day conference at the European Commission will examine the growing threats to the electoral process in the form of cyber attacks and disinformation campaigns.

King highlighted three distinct areas which face the EU. Firstly, the need to guard Europe’s security systems against cyber attacks, secondly, to do more to reinforce accountability for the hosting of offending content, and lastly, to ensure that personal data is secured in the context of elections in general.

But Anders Fogh Rasmussen, co-chair of the Transatlantic Commission on Election Integrity and ex-prime minister of Denmark, said the EU’s East StratCom team, which communicates policies related to the EU’s eastern neighbourhood, was “woefully under-resourced” compared to the IRS, which has a budget of ten times the size.

Savchuk, who did not attend the conference, would almost certainly agree.

“The Russian threat is underestimated in Europe,” she tells me and explains:

“In any civilised country, when a crime is exposed, a punishment follows. This is not the case in my country.”

The Brief, powered by The International Bromine Council (BSEF)

It was an action-packed electoral weekend with three of the EU’s six founding members going to the polls. While the Bavarian elections turned into a stability test for Merkel’s grand coalition, a ‘green wave’ swept away conservative dominance over Europe.

The voters, however, might have thought they have chucked their voice into the dustbin.

European Greens co-chair Reinhard Bütikofer told EURACTIV the recent success of the Greens shows that the traditional left-right political divide is getting outdated,

Brexit talks, meanwhile, stall yet again, just before the midweek EU summit. Negotiators admitted defeat after marathon talks and pressed pause for the coming days. It is all about patience now, also for Brussels reporters.

Macedonia’s parliament is set to vote on the name change deal with Greece today (or later this week). EU foreign policy chief Federica Mogherini said the recently reached “historic” agreement between Athens and Skopje will have a wider positive impact and a spill-over effect in entire South-East Europe.

Italy is resisting an EU-led push to impose sanctions on states that carry out cyberattacks, a move that appears in line with Rome’s calls to de-escalate tensions with Russia but that could alienate Italy from its EU allies.

A cyber conference in Brussels meanwhile got off on the wrong foot and gave a small hint of what a system paralysis might look like.

Businesses in Europe did not stand up to defend the system against the attacks of extreme parties and populist forces, says the president of Spain’s Chamber of Commerce, José Luis Bonet.

Religious dialogue in the service of peace is a brainchild of the President of Kazakhstan, inspired by the visit of Pope John Paul II to Kazakhstan in September 2001.

Tripartite Social Summit in Brussels (with Juncker, Dombrovskis and Thyssen) will discuss progress in establishing the European Pillar of Social Rights.