EU Digital Commissioner Mariya Gabriel announced that she will meet with national audiovisual regulators from around the bloc to discuss possible ways to combat negative stereotypes about women in television and film.

Gabriel plans to come up with a more concrete plan by June that will outline how media regulators can address those images of women, an EU official said.

The Commission said on Thursday (8 March) that Gabriel will meet with the national authorities to “assess the situation and gather best practices promoting gender equality”.

The announcement of Gabriel’s plan to collaborate with media regulators was part of a broader Commission strategy to increase women’s presence in technology-related jobs. The EU executive made the plans public on international women’s day.

More than half of people who responded to a Eurostat poll last November were critical of the way women were portrayed in European media.

Gabriel, who took over the post in charge of the Commission’s digital policy last summer, has also been leading a new EU strategy on so-called fake news.

She will announce recommendations in April about issues including how social media firms should react to misinformation spread by their users, and whether the companies should be more transparent about who pays for advertisements on the platforms.

The percentage of female employees in European tech firms has dwindled over the last few years, according to a Commission study published on Thursday. It said that women held 21.5% of jobs in the tech sector in 2015.

The Commission has tried to promote technology-focused training programmes for women to coincide with a set of new EU-wide laws that will push national governments and companies to hire more cybersecurity and privacy experts as they seek to comply with stricter rules. A sweeping new data protection law and the bloc’s first piece of cybersecurity legislation are set to go into effect this year.

Last September, the Commission proposed an additional overhaul of the EU’s cybersecurity rules. Negotiations on that bill are still ongoing.

Gabriel tweeted on Thursday, “As the field of cybersecurity expands we will need the range of skills and perspectives that women can bring”.

Giving #women the right incentives and talking about the range of #skills4cyber will help to attract the #cyber talent and bring great benefits to the #cybersecurity field in the long term. #IWD2018 pic.twitter.com/aXfrKZyxta

Europe is expected to have 350,000 open jobs for cybersecurity experts by 2022. Women currently hold 7% of cybersecurity-related jobs in Europe, according to figures from (ISC)2, a non-profit organisation that certifies employees’ cybersecurity skills. In North America, women make up 14% of the cybersecurity workforce.

“There is a lot of talk and interest but not a lot of movement to get more women in cybersecurity,” said Lyndsay Turley, a spokeswoman for the organisation’s operations in Europe.

Some women may be put off by a misleading image of the cybersecurity sector, which is likely to change as more jobs become available, she said.

“Cybersecurity has an image of being hackers in hoodies but it’s far more of a business and management discipline that people appreciate.” 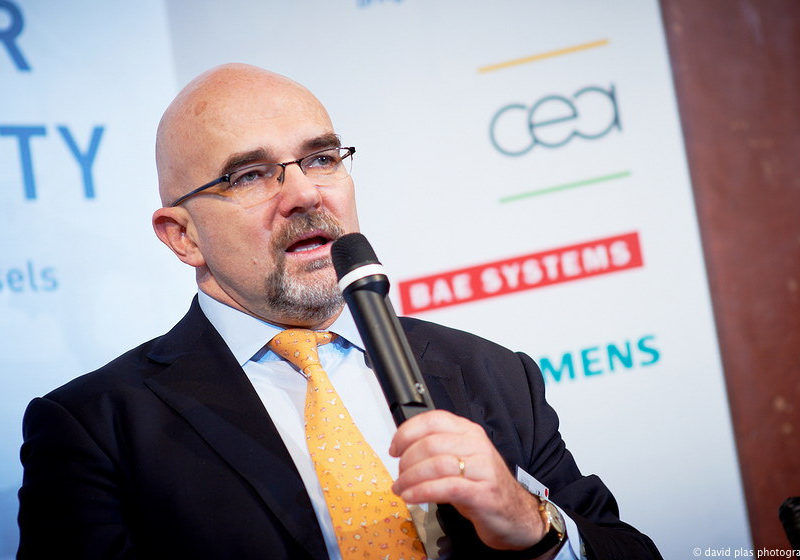