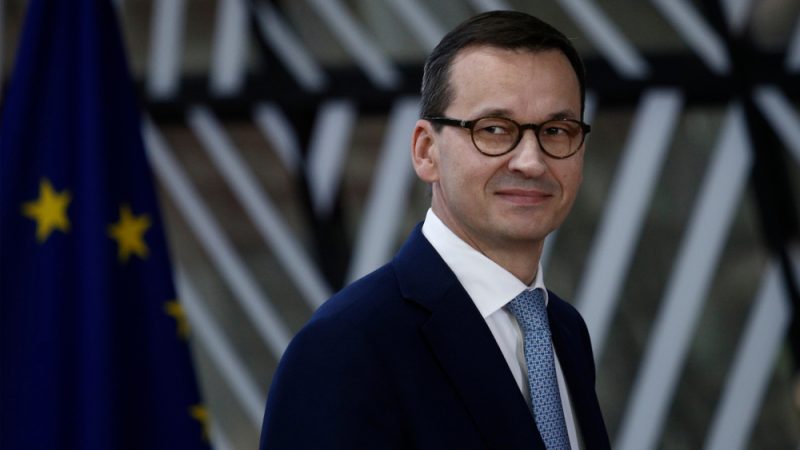 In 2018, the European Commission presented a regulation establishing the centre, which would receive funding from both the Digital Europe and Horizon Europe programs. [Shutterstock]

In 2018, the European Commission presented a regulation establishing the centre, which would receive funding from both the Digital Europe and Horizon Europe programs as part of the next EU long-term budget.

The objective of the centre, which would operate alongside a network of national competence hubs, would be to centralize the European cybersecurity technological and industrial ecosystem and pool resources in the field, as a means to bolster the bloc’s resilience in the face of increasing cybersecurity threats.

“Poland plays a very active role at the EU level regarding international cybersecurity standards and chairs and co-chairs several thematic working groups on cybersecurity matters,” Morawiecki wrote to EU leaders on Tuesday (17 November), in a pitch for Warsaw to host the centre.

“The choice of Warsaw as the seat of the Centre is not coincidental. The city is a European transport hub and it can be easily reached through two international airports, which offer 120 scheduled routes to 65 countries,” the letter states, adding that the country also boasts excellent education infrastructure fine healthcare facilities and good job opportunities.

The procedure for the selection of the seat of the European Cybersecurity Industrial, Technology and Research Competence Centre was launched on 28 October 2020, applications will be assessed by the Commission before 2 December and are set to be presented to EU ambassadors on 9 December.

For its part, Spain has also been keen to rally the benefits of hosting the new centre in Leon, with Secretary of State for Global Spain, Manuel Muñiz, and the Secretary of State for Digitalization and Artificial Intelligence, Carme Artigas, jointly presenting the official candidacy of Leon on Thursday (19 November).

From the outset, however, certain ambiguities have overshadowed the prospective establishment of the centre, including how the ECCC will distinguish itself from existing institutions such as the EU’s agency for cybersecurity (ENISA).

Last year, Poland presented its cyber-security Strategy for 2019-24, which laid emphasis on increasing the country’s resilience to cyber-attacks and improve data protection in the public, military and private sectors.

Under the strategy, Poland pledged to develop the National Cyber-security System, expand its cyber-threat information exchange, and enhance coordination between its law enforcement agencies.

US and Poland 5G agreement an 'example for Europe', Pence says

The US and Poland have signed a joint declaration to collaborate on 5G security in what US Vice President Mike Pence said would “set a vital example for the rest of Europe.”

Elsewhere in the security space, in September Poland and the US signed a joint declaration to collaborate on 5G security, in what US Vice President Mike Pence said would “set a vital example for the rest of Europe”.

The US has been lobbying European partners heavily on the potential exclusion of Chinese telecommunications giant Huawei from the EU market for 5G.

The agreement, signed in Warsaw by Pence and Polish Prime Minister Mateusz Morawiecki backed plans outlined in ‘The Prague Proposals’ – a series of measures contrived in May to ensure the future security of next-generation communications networks.

“Protecting these next-generation communications networks from disruption or manipulation and ensuring the privacy and individual liberties of the citizens of the United States, Poland, and other countries is of vital importance,” the agreement said.

In early September, Poland’s Ministry of Digital Affairs published its draft cybersecurity law, proposing news risk-assessment criteria, which Huawei fears could lead to a de-facto ban of its equipment in the country’s 5G network infrastructure.

Specifically, the bill notes that telecoms firms would not be able to purchase equipment from ‘high risk’ vendors, as well as having to replace existing equipment provided by that specific supplier within 5 years.

In response to the move, Huawei penned a letter to the EU’s Vice-President for Digital Margarethe Vestager, in which the firm accused the country’s plans of being ‘contrary to the fundamental principles of the EU.’

On the broader subject of 5G, Poland was among the leading countries to call on the EU to take a stand against the spreading of disinformation about 5G networks and do more to increase public awareness on the issue, with a letter sent to the EU executive in mid-October.

The letter, signed by fifteen EU member states in total, called upon the EU executive to launch a communications strategy to address a spate of conspiracy theories in Europe that have led to arson attacks against telecommunications masts.

“We are witnessing an increasing activity of the anti-5G movement across the European Union,” says the letter, sent to Commission vice-presidents Margrethe Vestager and  Věra Jourova as well as internal market commissioner Thierry Breton.

“We would like to stress that acts of vandalism against telecommunication infrastructure and escalating disinformation on electromagnetic fields (EMFs) and 5G are not only a threat to the economy of the affected member states but hinder also the ability for the European Union to meet its ambitious 5G goals,” notes the letter. 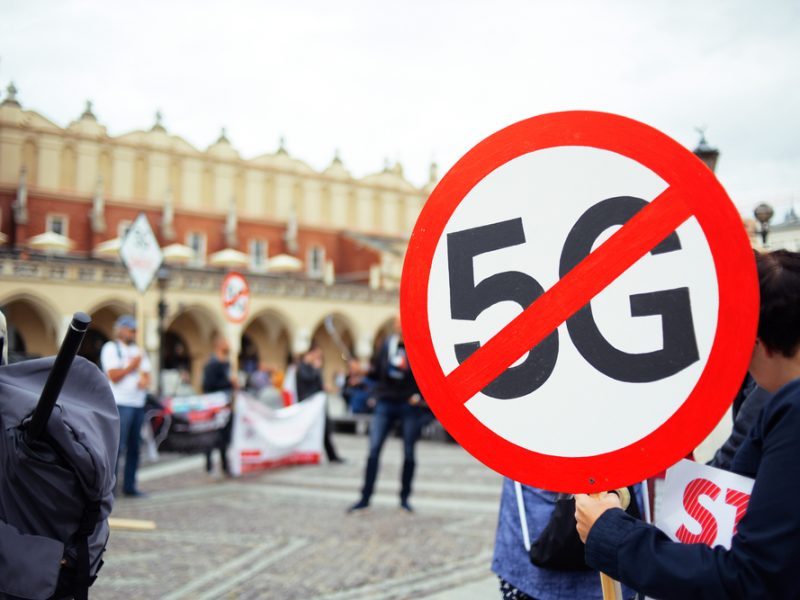