The announcement comes ahead of the EU’s ‘Data Protection Day’ on Monday (28 January).

Commission regulators laud the figures as being indicative of how much more aware EU citizens are of their digital rights.

“Citizens have become more conscious of the importance of data protection and of their rights. And they are now exercising these rights, as national Data Protection Authorities see in their daily work,” a joint statement from Commissioners Timmermans, Ansip, Jourová and Gabriel read on Friday (25 January).

“They have by now received more than 95,000 complaints from citizens.” 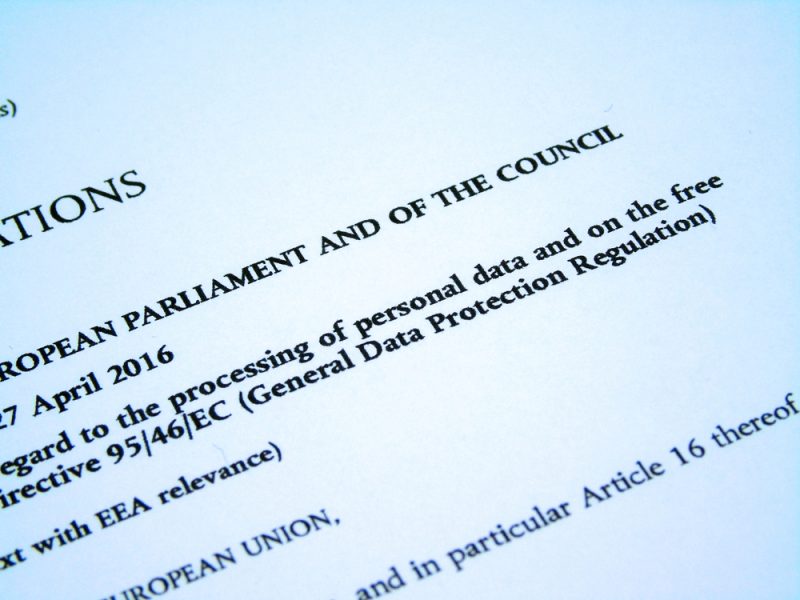 The EU’s Data Protection Supervisor, Giovanni Buttarelli, responded on Thursday (24 January) to US President Trump’s recent nomination of an ombudsperson to oversee the EU-US privacy shield agreement, saying that the announcement came “later than expected.”

The European Data Protection Board also revealed that the majority of the complaints were related to activities such as telemarketing, promotional e-mails, and video surveillance.

Thus far, 23 member states have transposed the legislation into national law, while five nations, Bulgaria, Greece, Slovenia, Portugal and the Czech Republic, are still in the process of doing so.

Commissioners on Friday rallied those who had not yet adopted the law nationally to implement the regulation “as soon as possible.”

“The Commission continues to monitor this process to address potential shortcomings,” the statement said.

GDPR affords powers to privacy authorities across the EU, allowing them to enforce fines of up to 4 percent of global revenue or €20 million, whichever is higher.

The largest sanction to date is the €50 million fine that Google was faced with after the CNIL, the French data protection authority, took aim at the tech giant for failing to obtain users’ consent for personalised advertisements.

Google has since announced that is will appeal the fine.

“We’ve worked hard to create a GDPR consent process for personalised ads that is as transparent and straightforward as possible, based on regulatory guidance and user experience testing,” the company said in a statement.

“We’re also concerned about the impact of this ruling on publishers, original content creators and tech companies in Europe and beyond.”