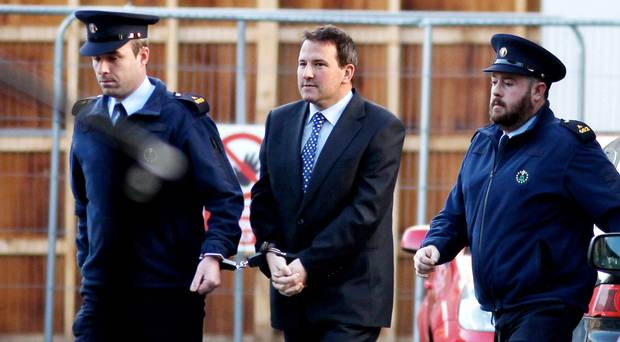 Graham Dwyer was convicted of the murder of Elaine O'Hara in 2015. [Esposado / Flickr]

There is an “enormous amount at stake” in an appeal against a High Court decision that found the police’s capturing of mobile phone metadata in relation to a murder case breached EU law, Ireland’s Supreme Court has heard.

Graham Dwyer was convicted in 2015 for the murder of Elaine O’Hara, after mobile phone evidence retrieved from O’Hara’s handset was obtained by the Irish authorities. Dwyer’s legal team have since claimed that the prosecution’s use of the data was invalid because the legislation allowing for the capture of this data had been annulled by the European Court of Justice.

Ireland’s Communication’s (Retention of Data) Act 2011 had given effect to the 2006 European Data Retention Directive, which afforded police and security authorities the right to request access to mobile phone data. However, following a case brought by the lobby group Digital Rights Ireland in 2014, the European Court of Justice had struck down the directive because it contravened the right to privacy as part of the EU Charter of Fundamental Rights.

The Irish State is now appealing the December 2018 decision by Mr Justice Tony O’Connor, which agreed with Dwyer’s appeal that the accessing of mobile phone metadata, had, at the time, been a violation of the Charter, because there had been because no prior review by a administrative court, which had been a prerequisite in the Data Retention Directive.

Speaking before a seven judge Supreme Court appeal on Monday (16 December), Senior Counsel Paul Gallagher said that if last year’s decision by the High Court was upheld, the law would effectively be supporting the idea of a criminal “virtual space” that cannot be accessed by State authorities.

“It is no exaggeration to say there is an enormous amount at stake in this appeal,” he added, referring to the wider ramifications that the Supreme Court’s decision may have on the powers of the State for investigating serious crimes through the accessing and retention of telecoms metadata.

If the state should fail in getting the High Court’s decision overturned, the Court of Justice of the European Union should intervene, Gallagher said, as he highlighted the need for a more concrete systems to be put in place that would allow the general retention of data in criminal proceedings such as these.

Dwyer’s appeal against his 2015 conviction is currently on hold, until the outcome of this appeal reaches a conclusion. The appeal is expected to run until Wednesday.

The EU’s ePrivacy regulation, which the European Commission proposed in 2017, aims to offer privacy protection for electronic communications – covering not only the content which is transmitted in a communication, but also time, location and metadata. In a case such as this one, the ePrivacy regulation would have had a significant impact on the ability for law enforcement agencies to process electronic communications data in crime-fighting scenarios, as outlined in the most recent Council text, which provides for an exemption in such cases.

However, progress on the ePrivacy regulation has been dogged by disagreements among member states over issues ranging from the inclusion of provisions in the regulation to allow for the detection of child pornography, to consent requirements and rules for the tracking of online activity through the use of cookies.

Agreement on the plans has yet to be reached. Earlier this month, speaking to the Transport, Telecommunications and Energy Council, Internal Market Commissioner Thierry Breton said that the Commission would have to “put a new proposal on the table,” due to a lack of common ground in the Council. A source within the Commission later clarified to EURACTIV that Breton intended to say that he would attempt to reconcile differences by suggesting some minor revisions to the incoming Croatian Presidency of the EU.

ePrivacy talks in the Council have gone through the Maltese, Estonian, Bulgarian, Austrian, Romanian, and Finnish Presidencies since the plans were presented in 2017, and it is likely Croatia, which joined the EU in 2013, will find consensus-building a challenging task as part of the ongoing ePrivacy talks.