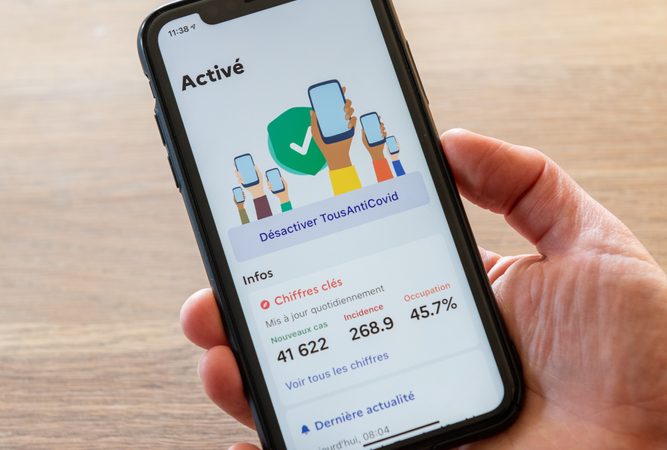 From 29 April, the "Tous AntiCovid" application will be able to host vaccination certificates. [Shutterstock/Pixavril]

As of Friday (23 April), the uses of this ‘health pass’ are still somewhat unclear, while the government has been reluctant on several occasions to face the risks of discrimination for people who have not yet had the opportunity to access the vaccine.

President Emmanuel Macron had specifically argued that “if we manage to reopen certain places, we would not be able to make their access conditional on a vaccination, even though we would not even have opened vaccination to the youngest”.

However, France launched the experiment in the field of transport on certain Air France and Air Corsica flights to Ajaccio, Corsica – an experiment that should then be extended to the overseas territories.

It also specified in a press release that “a reading application called TousAntiCovid Verif, will equip the entities authorised to check certificates (airlines, police, customs, etc.), which will be able to read the information in TousAntiCovid Carnet”.

The government thus wishes to take up the main lines of the European green certificate, to help the resumption of travel within the bloc, which will continue to be discussed in the European Parliament’s plenary session next week and which should be implemented by the summer. 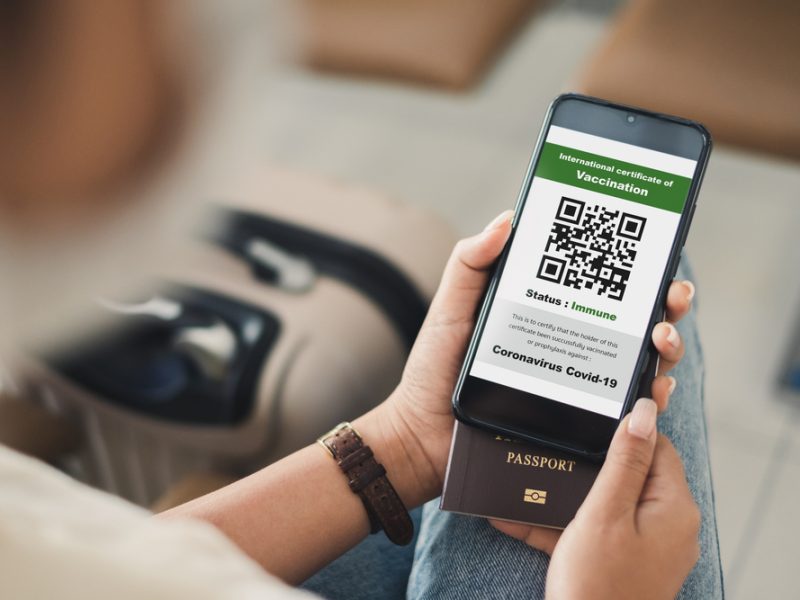 Asked about the technical aspects of the system, the French National Commission for Information and Liberties (CNIL) stressed that “the voluntary nature of the use of TousAntiCovid and, therefore, of its ‘Test Log’ functionality must remain an essential guarantee” and that its use “cannot therefore constitute a condition for the free movement of persons”.

The CNIL also specifies that “the authorities that will check the Datamatrix [the technology similar to the QR code used] must not have access to the health data that allowed it to be issued and must not, under any circumstances, generate the creation of a centralised database. The government states on its website that the information “will only be stored locally”.

The organisation nevertheless says that it wants to remain “vigilant about the possible deployment of such a system” if it were to regulate access to places outside of “travel requiring a health check”.