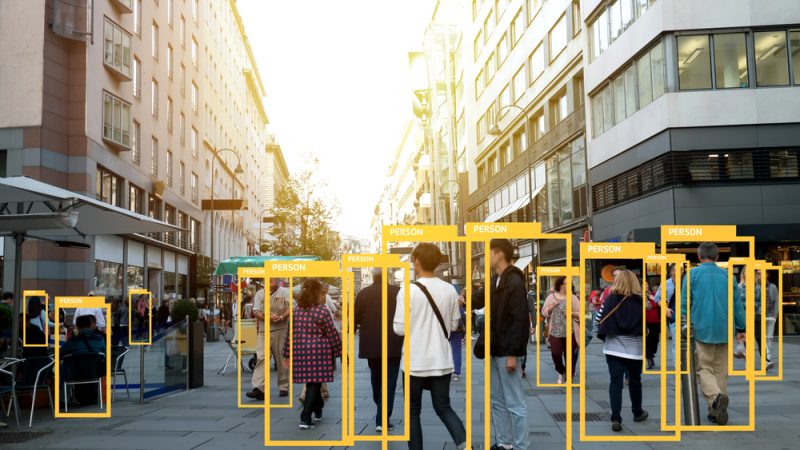 Although not binding, this new report on artificial intelligence (AI) in criminal matters could pave the way for the European Parliament's strong position towards a risk-based approach, while MEPs will soon have to consider the AI Act proposed by the Commission last April. [Zapp2Photo/Shutterstock]

“The idea behind this report is not only to catch up but to create a framework”, rapporteur, MEP Petar Vitanov (S&D), told EURACTIV.

Although not binding, the new report on artificial intelligence (AI) in criminal matters could pave the way for the European Parliament’s to back a risk-based approach, while MEPs will soon have to consider the AI Act proposed by the Commission in April.

The text sets out the “principles of fairness, data minimisation, accountability, transparency, non-discrimination and explainability” in order to protect fundamental rights.

“AI can be very useful”, said Vitanov, but “we are trying to separate the areas where it can be useful from those that bring subjective results”.

“Facial recognition in the public spaces can easily be turned into mass surveillance”, Viatnov said.

“Imagine you’re no longer anonymous, wouldn’t you think twice before going to a demonstration?”, he asked.

The MEP also stressed that over-reliance on AI-provided data must be avoided and that humans should always have the last word. “You cannot rely on a machine”, he emphasised,  calling for authorities to build confidence and knowledge when questioning algorithmic results.

While most groups praised the “balanced” stance of the report, Christian Democrat Tom Vandenkendelaere complained that the “report falls short of the expectations people have.”

“We should not throw out the baby with the bathwater”, he told lawmakers.

His European People’s Party group submitted three amendments in a bid to soften the text on the use of AI by law enforcement to make behavioural predictions.

Similarly, EPP lawmakers offered to trade a moratorium on the deployment of facial recognition in public spaces for a promise “to ensure fundamental rights compliance”.

“They are undermining the architecture of the report”, said Vitanov ahead of the vote, worrying that the amendments would open the way to mass surveillance and prediction policing which he considers in breach of the presumption of innocence.

Her association and 39 other human rights organisations had called on lawmakers to reject the amendments “in order to ensure full compliance with fundamental rights and EU values”.

“If we are serious about this, we don’t have to be feared by forbidding some AI applications that are proven to be unreliable,” Viatnov added.

“This does not mean we want to give a ‘carte blanche'” to the police, Vandenkendelaere argued considering that “AI is here to stay” and that lawmakers should make the most of its “full potential” to protect European citizens.

His colleague from the EPP, Jeroen Lenaers, stressed that lawmakers must avoid the situation where “criminals profit from AI but law enforcement cannot use it.” Similarly, Tomislav Sokol urged his colleagues to “avoid paranoia in [their] approach”.

“All we have is laxity for offenders and ideological lessons for law enforcement”, added MEP Jean-Lin Lacapelle.

On the other hand, Brando Benifei (S&D) was pleased the report “gives a strong and clear message: the usage of biometric recognition technologies in publicly accessible spaces in real time must be forbidden” and “predicting techniques for law enforcement activities have a very high risk of discrimination and puts into question one of the fundamental principles of democratic legislative frameworks, the presumption of innocence”, he told EURACTIV.

Benifei has promised to take up a similar stance on the Artificial Intelligence Act, a landmark legislative proposal he leads as the rapporteur for the Committee on the Internal Market and Consumer Protection (IMCO). “The work on the AI Act will build on these solid bases, for an AI that truly puts the human at the centre, respecting human rights and the values that make Europe a great continent”, he concluded.