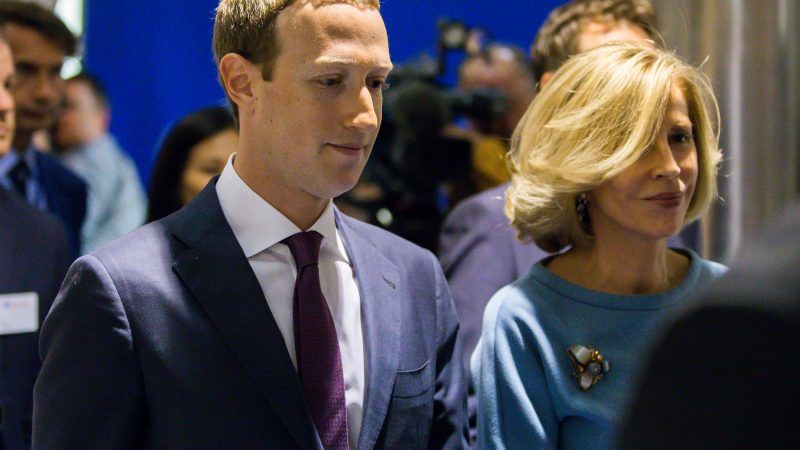 The founder and CEO of Facebook Mark Zuckerberg leaves the European Parliament after an hearing in Brussels, Belgium, 22 May 2018. [EPA-EFE/STEPHANIE LECOCQ]

Our democracies in Europe are under attack from all sides – and online manipulations through fake news are at the heart of this threat. Since reporters from the New York Times and the Guardian exposed last May how over 80 million Facebook users’ data had been harvested by Cambridge Analytica to use for political purposes, it has become clear how vulnerable our democracies are.

Udo Bullmann is the president of the S&D Group in the European Parliament.

To be clear: As long as there have been elections, there have been attempts to manipulate them. In late 18th Century America, it was common practice for candidates to offer free drinks to citizens in exchange for votes.

In 1920s Britain, a forged letter printed in a prominent right-wing newspaper days before the election led to the fall of a Labour government. Throughout the Cold War, both the Soviet Union and the US repeatedly tried to manipulate elections in Europe and around the world with misinformation campaigns and illicit funding of political groups. 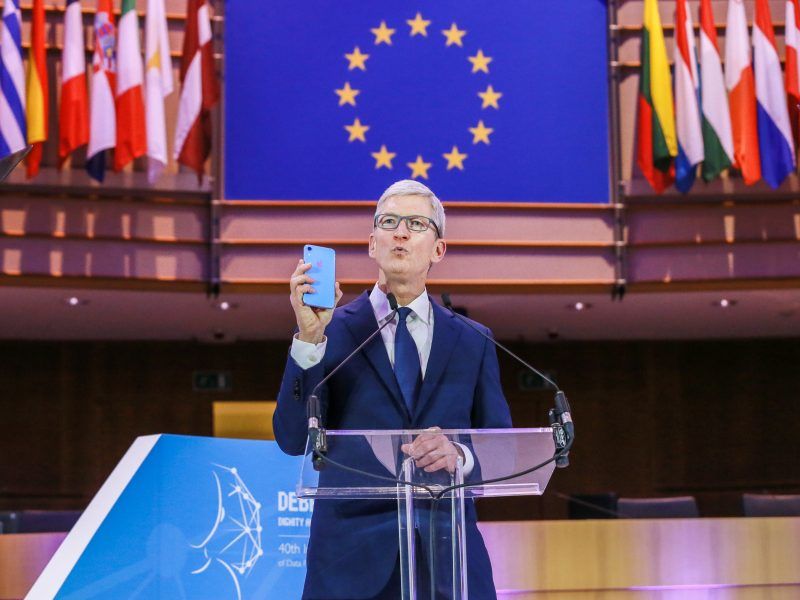 Over the years, our democracies have adapted and grown robust in the face of attempted manipulation. Campaign finance laws became stricter, rules for impartiality in reporting have helped cut down on false or misleading stories ahead of elections, and public information campaigns have helped educate voters to be wary of malign influences.

However, the recent examples of manipulations show that our laws and defences have not kept up with the pace of change in the digital age. They are outdated to an extent that puts our democracies in danger.

It still seems hard to believe that Cambridge Analytica, a firm managed at the time by Steve Bannon, used personal information taken without authorisation to build a system that could profile individual voters, in order to target them with personalised political advertisements. These interferences might have shaped the outcome of the Brexit referendum as well as the US-elections.

Sadly, these examples are becoming all too common. In a study conducted jointly by Oxford and Lund Universities on the recent elections in Sweden, researchers found that one of every three links with political hashtags shared by Swedish social media users contained junk news, with 20 percent of this junk news being of foreign origin.

It is no secret that Russia is working to discredit elections in Europe. State-sponsored ‘troll factories’ employ thousands of people to create fake accounts to spread false or misleading stories to undermine our democracies.

The power to profile voters, playing on their fears to encourage them to vote or even suppress them from voting, is the biggest to our democracies in a generation. We need to fight back against this growing digital authoritarianism. We have to act now – or the next European elections might become another sad example of how algorithms cast the ballot instead of citizens.

The Socialists and Democrats have fought in the European Parliament both to ensure that citizens’ data and privacy are safeguarded online and that our democracies are protected from malicious interference.

We ensured a public grilling of Facebook CEO Mark Zuckerberg to demand answers, as well as a series of hearings with journalists, whistle-blowers and policy experts. This week the European Parliament voted on the findings of these hearings. These should provide the basis for how we protect both ourselves and our democracies online.

Firstly, we need to have strong protection for our personal data and privacy. The new General Data Protection Regulation (GDPR) is a step forward, putting citizens, rather than companies or governments, back in control of how their data can be used.

We pushed hard to ensure hefty sanctions and penalties for companies that fail to comply – so even the Facebooks and Googles of the world will be careful with user’s data. However, GDPR alone is not enough. These must go hand-in-hand with strong new online privacy rules, to ensure that citizens’ private data or conversations could not be used without their permission.

The Parliament has taken a strong position on this but national governments continue to drag their feet, worrying about upsetting the tech giants. This is not acceptable, our privacy laws are not fit for the digital age and are open for abuse. If we do not update them then another Facebook/ Cambridge Analytica scandal will happen.

Secondly, we need to change the business models of tech giants, who make millions from algorithms that encourage the spread of false or misleading information. With the European elections just seven months away, Facebook must explain how they will prevent this happening again. If they fail to do so, we will push for legislation that opens up how their algorithms work.

Finally, the European Commission and national governments must update electoral laws for the reality of the digital age. We need to ensure that laws on political communications during election periods are updated and respected online, as well as the transparency of and limits to electoral spending, and equal treatment of candidates.

People should be able to recognise posts pushing a political agenda, with easily accessible information on who is behind a campaign and who is funding it. This must go together with public campaigns to help citizens recognise fake news.

There is no time to lose: From the US, Steve Bannon and his extremist nationalist friends openly say that they will use all means possible to discredit the EU and support nationalist candidates in next year’s elections.

Meanwhile, the Russian state sees disinformation campaigns as part of its new cold war with the West. We must act now if we are to protect our democracies.

One response to “Fighting digital authoritarianism: three proposals on how to tackle online interference”