The Brief – Big brother is watching you (again) 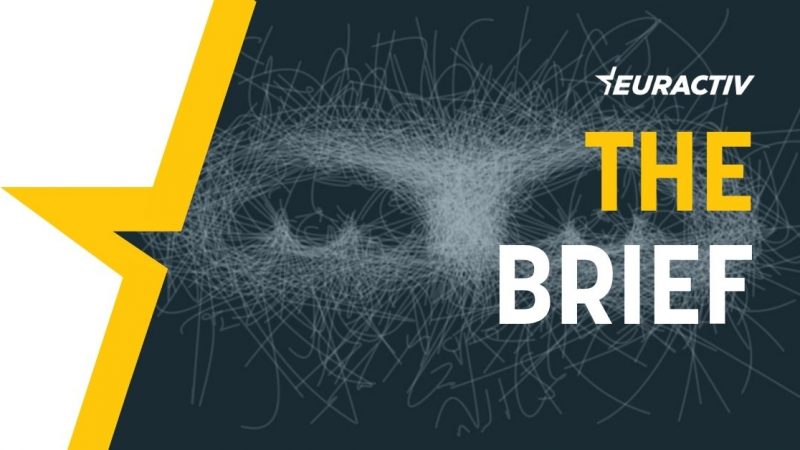 The Pegasus software insidiously gets into terminals without the owner having to click on any link, and requires careful analysis to be detected. [metka/Shutterstock]

The Pegasus Project’s revelations remind us that journalists, officials and activists all over the world are still closely being watched by national and foreign intelligence services.

Given his distaste for the English language’s “vagueness and sheer incompetence,” British writer George Orwell would have probably not approved of the phrase “Big brother is watching you” being used so ubiquitously nowadays.

I am afraid, however, that the Pegasus Project’s revelations fit perfectly into the well worn 1984 metaphor.

We learned from Forbidden Stories and Amnesty International, which teamed up with 17 media organisations in 10 countries, that Israeli firm NSO Group had sold its flagship spyware Pegasus to facilitate mass surveillance, at home and abroad, by governments and their intelligence services.

Many journalists were among the targets.

Yesterday, we learned that the phone numbers of 14 heads of state, including French President Emmanuel Macron, as well as hundreds of government officials, were flagged as people of interest by NSO’s clients.

The Pegasus software infiltrates devices without the owner having to click on any link, and requires careful analysis to be detected. We do know, however, that it can siphon the contents of the phone and even be used to turn on the microphone and camera remotely.

The revelations mean we can all more or less kiss goodbye to encrypted messaging apps such as Signal. They won’t stop Pegasus from spreading his wings over your DMs. Nothing works against this god-like, omniscient military tech.

I remember laughing at some high-level French journalists a few years ago when they explained they would take the batteries out of their phones before stuffing them deep into their baby’s crib, or in the microwave, if they wanted to make sure their conversations were really private.

I laughed at them, then, mostly because I found it surreal. And yet now here I am, considering which hiding place will work best, my fridge or the depths of my wardrobe, were I to deal with sensitive information myself.

Of course, none of this is very surprising – remember the NSA? – but the revelations offer a great reminder for us journalists that we are persons of interest, one way or another.

In France, all eyes are on Morocco, which has already been implicated in the journalists’ investigations for having allegedly wiretapped many French journalists.

Investigative news outlet Médiapart announced it was filing a complaint with the Paris public prosecutor on behalf of journalists Lénaïg Bredoux and Edwy Plenel, saying that in both cases, Pegasus was operated by Moroccan secret services.

Morocco denies being among the clients of the Israeli company. The company itself has denounced the “wrong assumptions and uncorroborated theories that raise serious doubts about the reliability and interests of the sources.”

However, it seems governments around the world aren’t dismissing the allegations quite so lightly.

“If the facts are true, they are obviously very serious. We will shed light on it,” the Elysée told me.

The discretion and the lack of any other comment from the government is actually quite telling. The revelations are indeed being taken very seriously, and Emmanuel Macron will be likely to pick up his phone. Well, maybe not his phone, exactly.

Austria’s Supreme Court has asked the European Court of Justice for clarification on the legality of Facebook’s processing of personal data after data protection activist Max Schrems brought a case before it. The Court in Luxembourg will now decide whether the US giant respected the EU’s data protection regime since it came into force in 2018.

France and Germany are now calling on other EU countries to follow their lead in banning the controversial practice of culling male chicks, which both countries have pledged to end from January 2022.