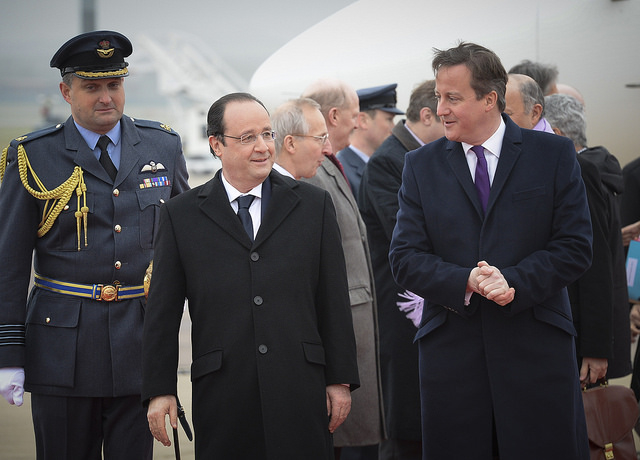 A British official Sunday (1 June) dismissed a report that Prime Minister David Cameron had threatened at an EU summit last week to bring forward a referendum on British membership in the EU if Jean-Claude Juncker became European Commission president.

Der Spiegel reported that Cameron had said he would not be able to ensure that Britain stayed in the European Union if Juncker got the job.

The magazine said that participants understood this to mean that a vote for Juncker could destabilise Cameron’s government to the extent that the referendum would have to be brought forward from its planned date of 2017, and that this would make it likely that the British people would vote to leave the EU.

Cameron must anyway go to the polls in less than a year. A British official, who declined to be named, said Cameron’s plan to hold a referendum on membership in 2017 if re-elected had not changed, and that he did not favour bringing the vote forward.

But the official said Cameron had told his EU counterparts he did not think Juncker was the right person for the job, and made clear at a summit dinner in Brussels that choosing someone who was not a reformer could damage the EU’s image in Britain and make it more likely that Britons would vote to leave.

A spokesman for Cameron’s office said he would not comment on leaders’ private discussions.

Cameron has promised to renegotiate the terms of Britain’s EU membership before the referendum – a difficult job that could become even harder if someone with Juncker’s long-standing commitment to EU integration heads the executive European Commission in Brussels.

Juncker, a former Luxembourg prime minister, had been the lead candidate for the European People’s Party, the majority parliamentary group that includes German Chancellor Angela Merkel’s conservatives, ahead of last week’s election.

Der Spiegel reported that Merkel had said she would join Cameron in opposing Juncker in a vote.

The German government declined to comment, but officials spoken to by Reuters, including some with direct knowledge of the discussions at the summit, played the report down, saying the leaders’ talks had focused on the priorities for the next Commission rather than on specific candidates.

They said only a few people had mentioned Juncker by name, and that some leaders had been opposed to him while others had supported him.

Almost a week after the summit, it seems clear that it will take weeks of wrangling to decide who will get the post.

“We don’t know the position of the majority of governments, so it’s too early to say,” an EU official said.

The European Commission president is selected by EU leaders but must be approved by parliament, where Eurosceptics from the right made gains in last week’s election.

Juncker called on EU leaders not to bow to pressure from the minority.

“Europe must not allow itself to be blackmailed”, Juncker was quoted as saying in Bild, adding that a broad majority of Christian Democratic and SPD leaders backed him. But he said he was “optimistic about being chosen as the next Commission president by mid-July.”

According to Bild, French President François Hollande does not want Jean-Claude Juncker to be President of the EU Commission. Instead, he would prefer to see a French person take the job, such as the former French Minister of Finances, Pierre Moscovici.

The Elysée told EURACTIV France that this was simply not true, claiming that François Hollande had not changed his mind on the matter. “Seeing as the EPP came out on top, it makes sense that they are the first to try and form a majority,” said an adviser in the Elysée.

According to the French Presidential office, Pierre Moscovici is focusing on becoming France’s next commissioner and not President of the Commission.

Angela Merkel, who initially proved hesitant of the new election process outlined in the Lisbon Treaty, said at the National Catholic Congress in Regensburg (Friday, May 30): “I will now lead all negotiations in the spirit that Jean-Claude Juncker should become president of the European Commission.”

European Energy Commissioner Günther Oettinger told Bild it was clear to everyone involved that appointments should be made before the summer recess, warning that a delay until September or October could cripple EU politics for months.

Adding a new twist, the Financial Times reported that the anti-euro Alternative for Germany (AfD) was keen to enter the European Conservatives and Reformists group in parliament, to which Cameron’s Conservatives belong.

This would put Cameron in the awkward position of having to choose between enlarging the Eurosceptic caucus and backing Merkel, who does not wish to see the AfD grow in influence.

Italy’s Renzi : Juncker is ‘one’ name

On Sunday, Italian Prime Minister Matteo Renzi suggested Juncker may not get Italy’s backing to be the next Commission president.

Speaking at an economic conference in the northern Italian town of Trento, Renzi said a discussion was needed over who would be the next president of the European Commission and that Juncker was not the only candidate.

“Juncker is ‘one’ name for the Commission, but he is not ‘the’ name,” he said.