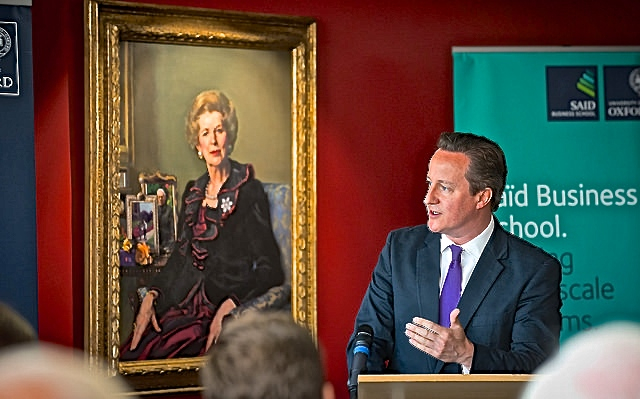 British Prime Minister David Cameron looked increasingly isolated in his campaign to block Jean-Claude Juncker becoming head of the European Commission, after Sweden and the Netherlands softened their opposition.

Cameron said on Tuesday (17 June) he would “fight right to the end” against the principle of giving the most powerful job in the EU to the candidate of the strongest party in last month’s European Parliament elections.

Asked whether the comment acknowledged likely defeat, a senior British official said in Brussels: “The prime minister is certainly not throwing in the towel about next week.

“You never give up on a European negotiation. I’ve seen all sorts of twists and turns.”

Britain has no veto over the decision, which would be subject to a qualified majority if it came to a vote. Cameron has failed to win over new allies despite intensive efforts to woo Italian Prime Minister Matteo Renzi, whom he telephoned again on Wednesday (18 June).

Renzi, who also met European Council President Herman Van Rompuy, has not publicly endorsed a candidate and is making his support conditional on changes in the euro zone’s economic policy mix to favour pro-growth policies.

“For us, the political priorities come before the names,” Sandro Gozi, his undersecretary in charge of European Affairs, told Reuters after that meeting. “Italy wants a substantial change in European policies compared with the past.”

EU diplomats said Juncker, a centre-right former Luxembourg prime minister and veteran EU deal broker, was the only name on the table and looked increasingly likely to be nominated at a June 26-27 leaders summit.

Without Italy, Cameron is far from having a blocking minority of states representing 38% of the EU population. Some British diplomats are now arguing that even if London is alone, it would go against the European spirit to outvote it.

“Now everybody wants to get this out of the way except Cameron. At the end, Cameron might be alone,” the European affairs adviser to one continental prime minister said.

Sweden and the Netherlands backing away

Two allies who lent towards Cameron initially, the Dutch and Swedish prime ministers, are edging away and do not rule out accepting the former Luxembourg Prime Minister if they are satisfied with the new Commission’s policy agenda.

Swedish Prime Minister Fredrik Reinfeldt told reporters on Wednesday he wanted a reform plan for the new EU executive to be discussed first at next week’s EU summit before personalities.

He hinted that a second summit might be necessary a few days later to pick the nominee.

“It is important for us to have this kind of a discussion about content before taking a stand on the name issue,” he said.

A Swedish government source said Reinfeldt had never been opposed to Juncker, a fellow member of the centre-right European People’s party, but wanted an agreement on policy first.

Dutch Prime Minister Mark Rutte, an outspoken critic of the so-called “spitzenkandidaten” (lead candidates) process, took a similar line at a news conference on Friday, saying of Juncker: “He is a candidate, and we can imagine that he’ll be the one (appointed) in the end, but it is not yet a certainty.

“The question of who the Netherlands supports at the end will be answered after we’ve discussed the content,” Rutte said. “It could be him, but it’s not automatic.”

Juncker has the backing of all four main pro-European groups in the European Parliament, which has to vote on the nominee put forward by the European Council of EU leaders.

German Chancellor Angela Merkel, the bloc’s most powerful leader, has tried to find a face-saving way to avoid isolating Cameron without giving up her backing for Juncker, 59, who was also her Christian Democratic party’s leading candidate.

She is under strong domestic political and media pressure to stick with Juncker and diplomats say she wants to avoid a prolonged crisis among EU institutions by reaching a quick decision.

Merkel and her cabinet ruled out any softening of the EU’s budget rules but her spokesman said she agreed with Italy and others on the need to use existing flexibility to promote growth.

Italian Economy Minister Pier Carlo Padoan said Italy was not seeking a loosening of budget deficit limits to back its agenda for more growth, saying Rome merely wanted to use the scope offered by the existing rules.

Diplomats said Cameron could still claim credit for driving a reform agenda for the new Commission including a commitment to opening EU energy, digital and services markets and completing a free trade pact with the United States.

Britain might also secure a substantial Commission portfolio overseeing some of those reforms, they said.

But the British premier has raised the stakes so high in his personal opposition to Juncker that he would face scorn from Eurosceptics at home if he failed to block the Luxembourger.