Europe is a hotspot for nuclear weapons and has put the safety of its citizens in the hands of Trump and Putin. Instead, it needs to take the lead in the campaign towards nuclear disarmament, Beatrice Fihn told EURACTIV in an interview after the US withdrawal from the Open Skies Treaty.

In recent days we have heard a lot of critics asking that in these times of troubles and pandemics, why should we prioritise nuclear disarmament?

Why should we prioritise nuclear weapons? Around $73 billion has been spent on nuclear weapons only in the last year and that number is estimated to increase significantly in 2020. During a raging pandemic, when we don’t have enough ventilators to help people, we are prioritising an unusable, inhumane, indiscriminate weapon that violates rules of warfare.

We need to recognise that the world is drastically changing and that kind of warfare is a thing from the past. It doesn’t make sense to invest this huge amount of money. The health crisis came and hit Europe very hard and who saved us? It was the nurses, it was essential workers, it was not a big stockpiles of weapons. The situation we’re in now shows that our priorities have been misguided for the last decade, we have invested very heavily in weapons when that is not really what is protecting the people in Europe. During a raging pandemic, where resources should be going to actually protecting people, to healthcare, to education, to the things that keep us safe in reality.

We’ve seen the US withdrawal from the INF Treaty, the Iran nuclear deal, we have the Open Skies Treaty biting the dust. Can we expect to see a continuation of this trend?

The US and Russia have come down a lot from their massive arsenal’s during the Cold War, during the last arms race. But we still have more nuclear weapons states than ever – nine. We do see a new modernization spur, not in the quantity, but in the quality of nuclear weapons. They’re developing new types of nuclear weapons, exploring new missions for nuclear weapons and investing enormous amount of money. We also see the a new kind of aggressive rhetoric, going back from these arms control negotiations.

The Trump administration is definitely undermining treaties and arms control agreements. They say that they want to negotiate new agreements with Russia, China, but they’re acting the opposite. We definitely see a continued setback on US nuclear policy.

Are you concerned that the tensions could weaken the ability of deterrence theory to prevent an exchange?

Nuclear deterrence is a very vulnerable, risky strategy. It’s basically assuming that we will be lucky forever. This is not a given, it’s just predictions about how we think nuclear armed states will react. We’ve seen these last two years, they’re not behaving rationally. It also assumes  there will be not a single accident, not a single miscommunication or mistake. It’s a very worrying scenario, we see the way of warfare is changing, we have much blurrier lines of armed conflict, we have cyberattacks, we’re seeing a huge development of artificial intelligence in the military. All of these things will lead to nuclear weapons being a lot more of a vulnerability and risk than they were in the past.

ICAN supports the Nuclear Weapon Ban Treaty (TPNW). What needs to be done for it to enter into force?

We just had the 37th country ratify it last week, Belize, and are 13 countries away from it entering into force, 50 are needed. We were expecting this to happen in 2020, but obviously with the pandemic, it might take a little bit longer, but we do believe that it will enter into force soon, hopefully by the end of this year. Then nuclear weapons will be banned under international law.

We know that this will not lead to nations get rid of their nuclear weapons immediately, but it will increase the pressure. It will also put them legally on the same level as chemical and biological weapons, as weapons that are indiscriminate and inhumane, not something that we want to have in the world.

When we look at Europe, only two member states subscribed to the accord. Meanwhile, Belgium had an US nuclear sharing debate in January, Germany has just started a similar national debate.

Europe is a problem area when it comes to nuclear weapons. It’s a region for countries that claim to be in favour of human rights and protection of civilians, but still have security policies that are threatening to mass murder civilians and violate laws of warfare. This treaty has put the spotlight on the inconsistent and hypocritical policies of many European countries, in particular Belgium, Germany and the Netherlands. These countries have weapons of mass destruction on their territory, and their military will be part of using them on Trump’s border in worst case.

So what we’re seeing is a very big gap between public opinion and what the government is doing. We see massive support in those countries for the treaty, for getting rid of these weapons and getting them out of their countries, because they know that it makes them a target as well. When you think of the simulations of nuclear war between Russia and the US or Russia and NATO – it’s the big cities across Europe that are the targets, these are the countries that will be wiped out. We’re very encouraged that there is beginning to be a serious debate in particularly where you have certain decisions. Germany is about to make a decision whether or not to spend €7.5 billion on new equipment that can carry weapons of mass destruction, targeted at civilians. 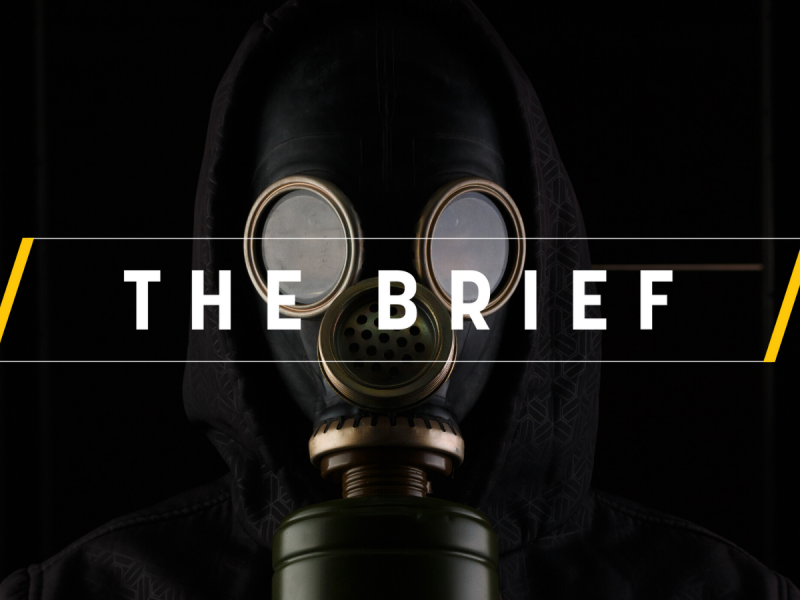 The world woke up a bit less secure this morning as the global superpowers launched yet another round of nuclear poker. The Open Skies Treaty is the third major security agreement that is going to bite the dust – and it might well not be the last one.

The European Parliament has repeatedly called on new member states to join the efforts for disarmament. Do you think the EU is doing enough?

No, the EU isn’t doing enough. We’ve had some good language in resolutions, but it’s not enough. Europe is the continent with most nuclear weapons, it is a hotspot, this is where nuclear war planners are mapping these scenarios out.

It is a real security concern for European countries in particular, we see the US and Russia withdrawing from the INF Treaty, created to protect Europe and European cities. Basically, what Europe is facing now is that we are putting the safety of our citizens in the hands of Trump and Putin and that’s not a sustainable security strategy. Europe needs to take charge of the issue and the lead towards nuclear disarmament.

French President Emmanuel Macron has called for a joint European nuclear sharing/arms control framework inside a future European defence union. Is this a good idea?

Cynically, as some analysts suggested, it’s France’s way to cover the costs for its nuclear programme that it can’t afford anymore. It’s a not a smart idea, because the security situation is drastically changing, we’re not in 1945 anymore. The confrontation today looks very different and can’t be fought with weapons of mass destruction. We see things like information warfare, cyber attacks – that’s where we should put our resources and expertise, also on the European level, not outdated, clumsy weapons, that are just a big vulnerability and risk for us.