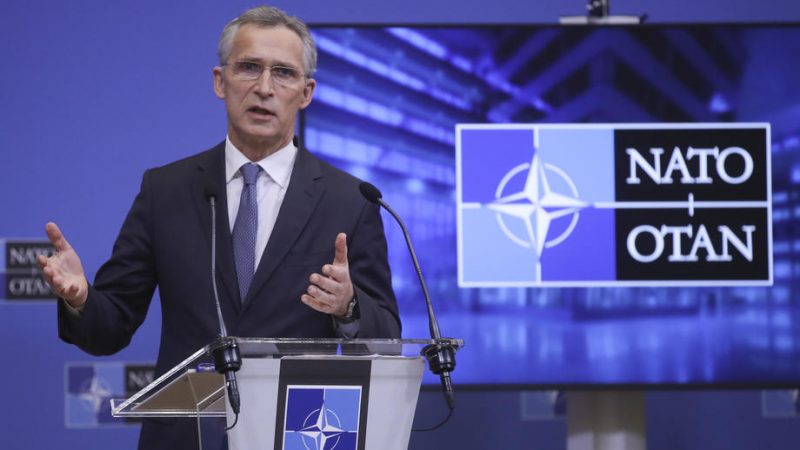 NATO Secretary-General Jens Stoltenberg on Tuesday (17 August) called on the Taliban to prevent Afghanistan from lapsing back into being a breeding ground for terrorism, and said the Western defence alliance has agreed to send additional evacuation planes to Kabul.

Western powers are scrambling to respond to the fall-out from their decision to withdraw troops from Afghanistan, and the Taliban’s imminent takeover of the government.

“We have never intended to stay in Afghanistan forever,” Stoltenberg told reporters in Brussels, adding that the military alliance’s aim in the country was to help build a viable state, not to maintain a permanent presence there.

Stoltenberg also noted that the agreement struck by former United States President Donald Trump with the Taliban to withdraw by May this year was a decision “all allies agreed to follow”.

In their summit communiqué earlier in June, NATO leaders had stated that “withdrawing does not mean ending our relationship with Afghanistan” and they would inted to “open a new chapter” which will still involve providing financial support and training, after allegations by European members that the Biden administration’s failed to sufficiently consult with allies ahead of the announcement.

His remarks came after he chaired a meeting of NATO ambassadors in Brussels to discuss the security implications of the Taliban’s sweeping victory in Afghanistan in recent weeks.

NATO has been leading international security efforts in Afghanistan since 2003, and wound up combat operations in 2014 to focus on training the national security forces. After almost two decades of presence the alliance completed military operations in Afghanistan and withdrew most troops from the country this summer. The alliance still operates a diplomatic representation in the capital, Kabul.

Taliban insurgents entered the capital city on Sunday and said they expected to take power within days.

Military flights evacuating diplomats and civilians from Afghanistan restarted early Tuesday morning after the runway at Kabul airport was cleared of thousands of people desperate to flee the country.

“What we have the seen in the last few weeks is a military and political collapse,” Stoltenberg said, echoing Monday’s remarks made by US President Joe Biden, de facto blaming Afghanistan’s political leaders for the swift fall of the country back into the hands of the Taliban.

“All allies agreed that the time had come to end the military presence, the NATO presence in Afghanistan… knowing that there was a possibility that the Taliban was going to regain control over the country,” Stoltenberg said.

“The collapse was swift and sudden (…) The question we have to ask in a clear-eyed way is why the forces we trained and equipped over years weren’t able to stand up to the Taliban?” he said, adding that “there are many lessons to be learnt”.

“Part of the Afghan security forces fought bravely. But ultimately, the Afghan political leadership failed to stand up to the Taliban and to achieve the peaceful solution that Afghans desperately wanted,” Stoltenberg said.

“This failure of the Afghan leadership led to the tragedy we are witnessing today,” he added.

He also called for an “honest, clear-eyed assessment” of NATO engagement in Afghanistan, signalling mistakes by NATO allies as well given the complete collapse of the Afghan security forces despite two decades of NATO efforts.

“We remain committed to completing evacuations, including our Afghan colleagues, as soon as possible,” he said.

At the same time, Stoltenberg issued a warning that the Taliban must prevent Afghanistan from lapsing back into being a breeding ground for terrorism.

“Those now taking power have the responsibility to ensure that international terrorists do not regain a foothold,” he told reporters in Brussels.

“NATO allies will remain vigilant, and we have the capabilities to strike terrorist groups from a distance if we see that terrorist groups again trying to establish themselves,” Stoltenberg added.

Earlier on Tuesday, Turkey’s foreign minister Mevlut Cavusoglu said his government, itself a NATO member, is in talks with all parties in Afghanistan, including the Taliban, and views positively the messages the Islamist militants have sent since taking control of the country.

Cavusoglu was speaking a day after Turkish security sources said Ankara had dropped plans to guard and operate Kabul airport following the withdrawal of other NATO forces from Afghanistan because of the chaos which accompanied the Taliban victory.

“We are keeping up dialogue with all sides, including the Taliban,” Cavusoglu told a news conference in Jordan.

“We view positively the messages that the Taliban has given so far, whether to foreigners, to diplomatic individuals or its own people. We hope to see these in action as well.”